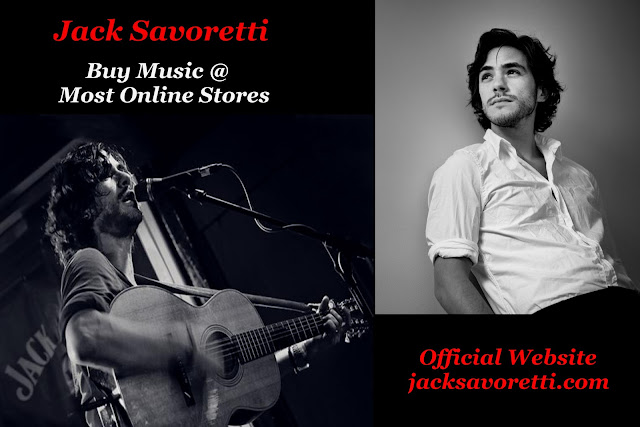 
Four years ago, Jack Savoretti quit making music. He’d had enough – of scratching a living as an independent artist, of business bust-ups, of being touted as a soon-to-be star. He’d spent two years (and all of his savings) in legal dispute with a former manager and seen the release of his second album so botched it barely came out. He was 26 and recently married, with a baby on the way. “I thought that was my run, I’d had fun and now it was time to get a proper job,” says Savoretti. “I was done with music and, honestly, I didn’t mind.”


What happened next couldn’t have surprised the singer more. “As soon as I said, ‘screw this’, I couldn’t stop writing,” he recalls. “I wrote out of anger, although the songs were more of a cry for help. It was the best, most personal music I’d ever made. I realised I had really learnt how to write, how to express exactly what was in my head.”


That album, 2011’s critically-acclaimed ‘Before The Storm’, saw Savoretti turn a corner. That he was an exceptional singer was never in dispute – those gorgeous, gritty, soul-soaked vocals that caused such a fuss when he first emerged and saw his DIY debut, 2007’s ‘Between The Minds’, championed by Radio 2 – but by his own admission, his early work was him finding his feet.


‘Before The Storm’ reignited Savoretti’s passion, taught him how to put himself in his songs and, crucially, led him to the musicians who helped him helm ‘Written In Scars’, his impressive new album and his first to be released by a major label, with whom he signed earlier this year. “A lot of the songs were written with Sam Dixon, who is Adele’s musical director and Sia’s main co-writer”, says Savoretti. “I also wrote with Matt Benbrook who has worked with Paolo Nutini, Jake Bugg and Faithless and finally, of course, with my guitarist Pedro Vito and Seb Sternberg (Pedro’s production partner). I drew inspiration from them all.


“The heartbeat of the album is rhythm. It’s all about groove, drums and bass. The sound was key – it came before the songs or the subject matter. I completely changed the way I’d previously written, abandoning structure for a looser, loopier, almost circular approach.“


What Savoretti didn’t spot until ‘Written In Scars’ was underway was the influence of music from his family past. “Most of my musical influences come from my parents,” says Savoretti, “My mum was into The Eagles, Crosby Stills & Nash and Motown. My dad played mostly Italian music from the ‘60s and ‘70s. In the past I suppressed that as an influence but, for the first time, on these songs, it appeared.’


What Savoretti calls the Euroclash of his past emerges in the album’s rich, warm textures and brooding atmospherics, as well as in the Spanish-style guitar that opens both the title track, a rousing revolution anthem, and future single ‘Home’. It’s there in the melancholy piano and soulful phrasing of ‘Back To Me’ and in the darkness that envelops ‘The Hunger’, a song through which bass beats like a pulse.


Most striking, however, is the loose-limbed nature of songs driven largely by percussion. Gone are Savoretti’s troubadour days, although that impassioned voice remains – if anything, grittier and gutsier than before. That groove he mentioned is everywhere, from the dreamy ‘Don’t Mind Me’, a midtempo song with a hip-shaking sexiness, to even the gorgeous, folk-tinged, strings-backed ‘Broken Glass’. That circular approach to songwriting makes sense as soon as you hear ‘Home’s mesmerising chorus, the repeated piano riff of the spectacular The ‘Other Side Of Love’ or the frenzied finale of ‘Fight Til The End’.


Savoretti’s reliance on rhythm is at its most obvious, and most glorious, on Tie Me Down, the first single to be released from the album, leading an EP out in October. A recurring acoustic guitar riff, tribal bass drum beats and a galloping groove back an instantly infectious, near hypnotic vocal on a stompalong of a song that couldn’t spell out Savoretti’s new sound more clearly.


Lyrically, ‘Written In Scars’ largely deals with struggle, or rather overcoming struggle – hence the title. “Some of that struggle is personal,” says Savoretti, “but much is about the struggles going on everywhere at the moment. It’s about emerging from strife, with fists in the air.”


One song that doesn’t fit the theme is ‘The Other Side of Love’, which deals with the dark side of love, described via tales of an abusive relationship and of a boy frightened to come out, albeit set to deceptively uplifting percussion and strings.


“’The Other Side Of Love’ has a slightly different sound, as well as different subject matter,” says Savoretti. “It probably suggests the next phase for me, after this album.”


The sole track that looks back is ‘Nobody ‘Cept You’, a beautiful cover of an obscure Bob Dylan song that Savoretti discovered at his lowest ebb.


“That song genuinely saved my life,” he says. “I was in Santa Monica, at Jackson Browne’s studio, to make my second album and someone played me a Dylan bootleg that had ‘Nobody ‘Cept You ‘on it. At the time, I wanted to grab my shit and run, away from everything and everyone but that song inspired me to go on, to be grateful for what I have.


“It’s definitely nerve wracking recording a Dylan song, but thankfully, not many people know it and even fewer have covered it; it’s not ‘Mr Tambourine Man’. It is also amazing how many people shut up at a gig when you introduce a Dylan song. It’s a song that’s helped me in so many ways.” 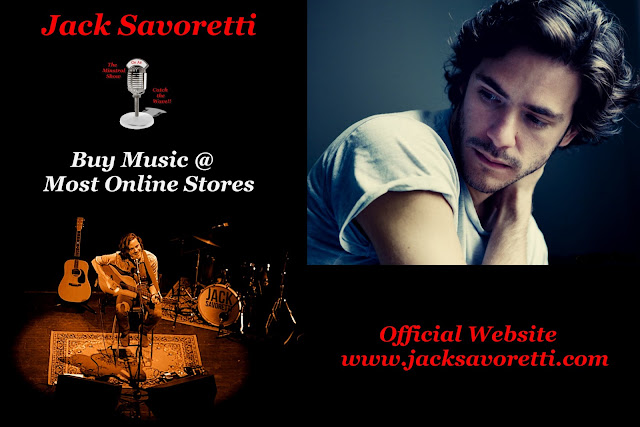