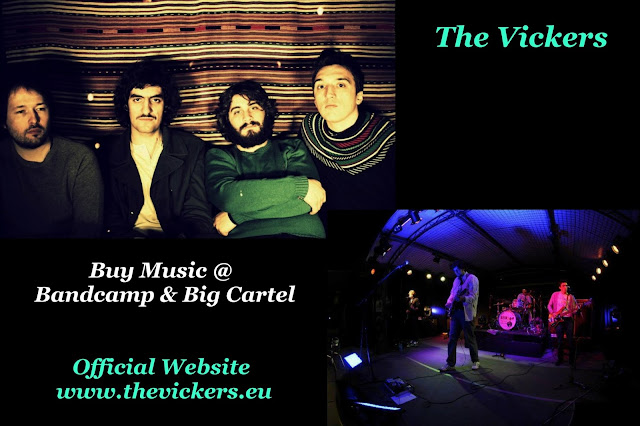 The Florence based new psychers will take you on a musical kaleidoscopic journey made of colours and space voices on flowing waves. They are influenced by the immortal 60′s melodies mixed with a touch of 90′s spleen. They toured Europe several times (recent tours December, February and May 2014) and they played at Primavera Sound Festival in Barcellona (May 2014). The Vickers released the new album “Ghosts” at the end of March, an example of their new sound, a clear example of modern expanded pop/rock! “Sounding like The Beatles after one too many acid trips” (Nooga – USA).


“Ghosts” is well received by critics around Europe (and not only), the album is played on radios like BBC6, KEXP Radio. 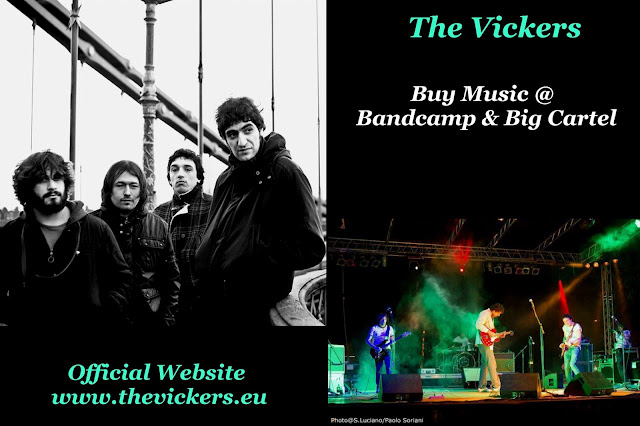 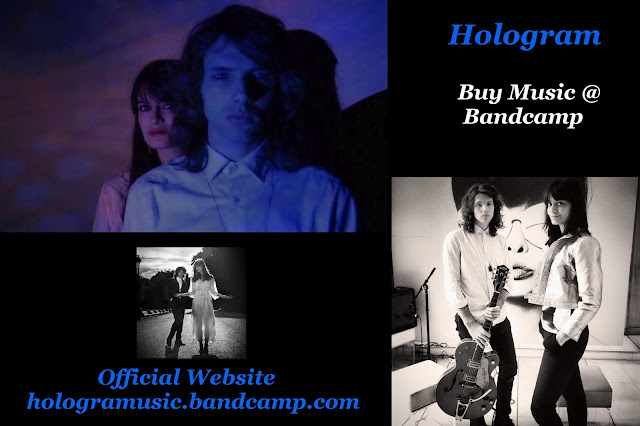 After an inspired evening, creating together their first song together, "I've got eyes", Sokolinski, decided to base himself in Paris to create what is now known as Hologram.

In 2013, they will release their first EP, entirely produced by Maxime in his living room. 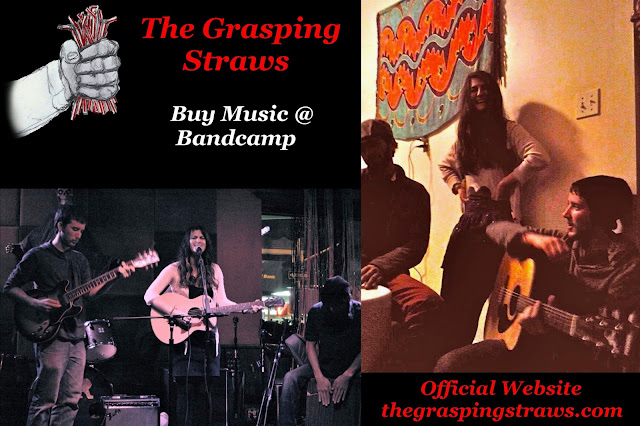 About: The Grasping Straws


The Grasping Straws has been playing together for a few months and frequents venues in the Greenwich Village area such as the Red Lion and the Bowery Electric. The group loves to play and write music, and listen to the music of other local artists. They are currently working on studio recordings, but have some live recordings they hand out at their shows. 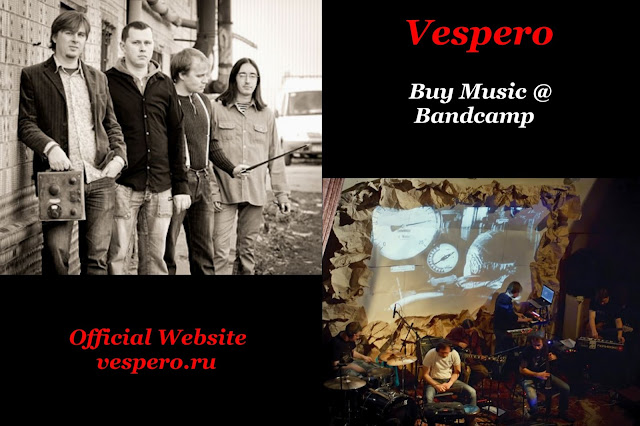 
Formed in Astrakhan, Russian Federation band VESPERO (ex-Веспер) began in early 2003 as all instrumental quartet of bassist/keyboardist Arkady Fedotov, violinist Valentin Rulev, percussionist/drummer Ivan Fedotov, and guitarist Alexander Kuzovlev who were brought together by common interest in spontaneous improvisations and psychedelic-fueled music.
In the next few months, the line-up grew to include a female vocalist, with the final addition of Natalya Tjurina, and Arkady Fedotov taking male vocalist duties. In 2004-2006, VESPERO endured several personnel changes, produced a number of self-made recordings featuring Alexei Klabukov on keyboards… and gradually shifted away from the acid-jamming and kraut-rock style to embrace a more prog-rock oriented approach to music drawing inspiration from the avant-garde poetry and theatre-art.


"One listen to this musical outfit from Southern Russia known as Vespero was all it took to make me begin thinking about the great things that must be happening in Russia…" (by Ryan Sparks, Sea Of Tranquility).


"With each new release the Russian band Vespero further reinforce my feeling that they are one of the best instrumental bands on the contemporary Space Rock/Psychedelic scene…" (by Jerry Kranitz, Aural Innovations). 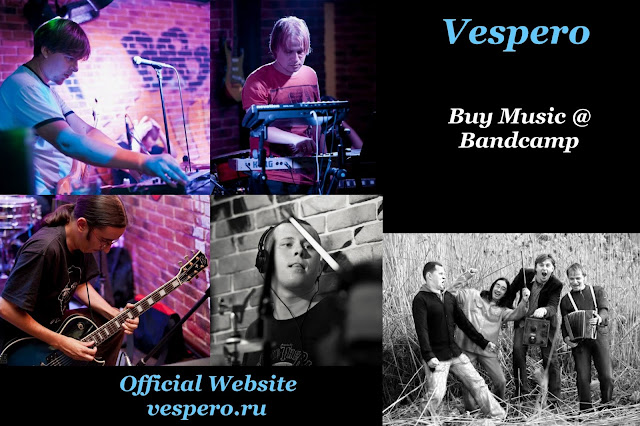 Posted by Stewart at 6:50 PM No comments: 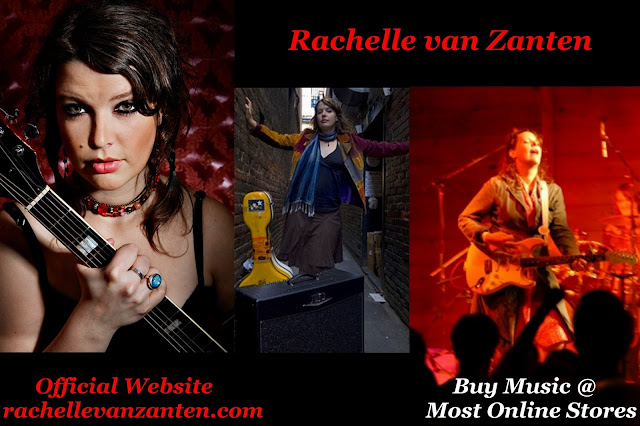 Rachelle van Zanten is back with her third full-length album, "Oh Mother". Known for her powerful live performances and equally powerful social activism, the acclaimed Canadian slide guitarist/singer pulls no punches on this record. Produced by multiple award-winner Joby Baker (The Cowboy Junkies, Alex Cuba, Mae Moore), the album showcases van Zanten's skills as a guitarist and songwriter in equal measure. "Oh Mother" blends van Zanten's socially conscious lyrics with dirty guitar riffs and soulful singing in a way that neatly captures the essence of her northern British Columbia origins...as well as all the issues the region currently faces. "Rachelle van Zanten is our voice, the muse of the North. She writes songs to inspire the wind, give voice to thunder, and fire the hearts of all those fighting to protect the land she loves so dearly."- Wade Davis, National Geographic

The 11 tunes on the album are an intense mix of van Zanten's deep connection to the landscapes of northern BC and her own personal stories of loss, grief, and joy. "Van Zanten juxtaposes her gutsy guitar playing with very personal and introspective lyrics." (Guitar Player Magazine)

These stories of new motherhood, loss, and landscape are captured not only in her raw, moving lyrics, but also in her intricate guitar riffs and intoxicating vocal melodies.

The 19 year internationally acclaimed road warrior is now in the process of creating a children's album. Look for this album come spring 2015.

Request "I Fight For Life" on radio or purchase the track online and van Zanten will donate all royalties to Skeena Watershed Conservation Coalition Kids Camps. 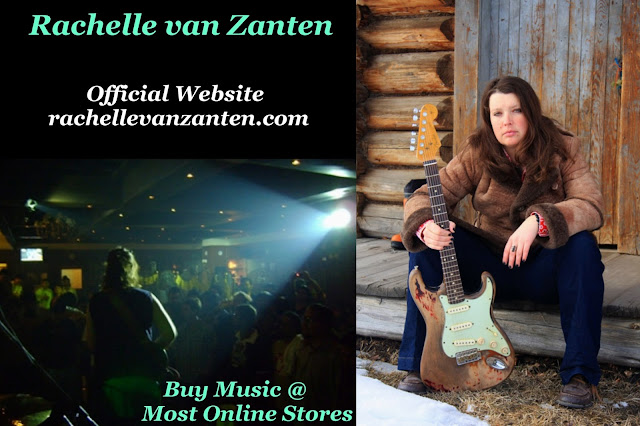