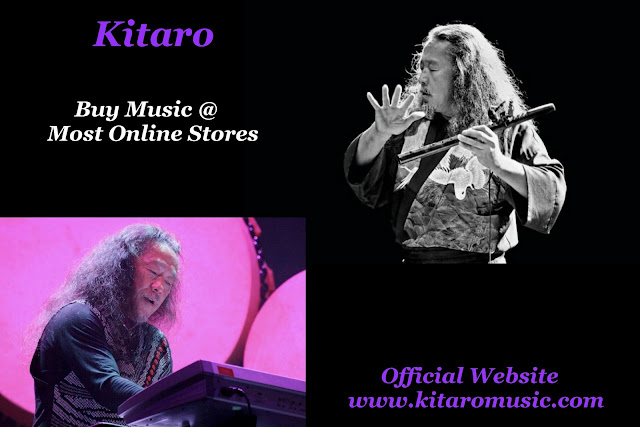 Kitaro is universally acknowledged as the founding architect of new age music.  The Grammy and Golden Globe Award-Winning Kitaro has achieved global acclaim over a more than three decade long career with a signature sound and a pioneering fusion of cultures, techniques and spheres of consciousness that are truly his own.

Kitaro's latest project, "Sacred Journey Of Ku-Kai Vol.4" was nominated for 53nd Annual Grammy Awards, and it was Kitaro's 14th nomination to date.

As a Grammy and Golden Globe award-winning artist, this incredibly prolific composer and performer has continued his reign in the international spotlight and at the forefront of musical innovation ever since the release of his debut solo album, Astral Voyage, in 1978.  His numerous recording highlights include 1980's Volume 1 in the revered Silk Road series which is considered an all-time masterpiece with subsequent volumes only adding to its luster, 1987's The Light of the Spirit (a collaboration with Grateful Dead drummer Mickey Hart and Kitaro's American breakthrough), 2000's Thinking Of You, which won a Grammy for Best New Age Album, as well as Sacred Journey of Ku-Kai, a multi-volume series of albums inspired by the tragedy of 9/11.  Kitaro garnered a Grammy Nomination for all series of Sacred Journey of Ku-Kai to date.

He embarked on his Love and Peace Planet Music Tour in 2007, a tour that took Kitaro to the four corners of the globe, shining the spotlight of his musical message on audiences as he inspires fans from around the globe to unite as one.


Through the course of his career, Kitaro has sold millions of albums, CD's and DVD's worldwide.  Kitaro's atmospheric, powerfully emotive, and multi-textured music truly defies the constraints of any genre.  Most fundamentally, at its heart, Kitaro's music is always about sending a profound message of peace and spiritual development, both personally and globally. 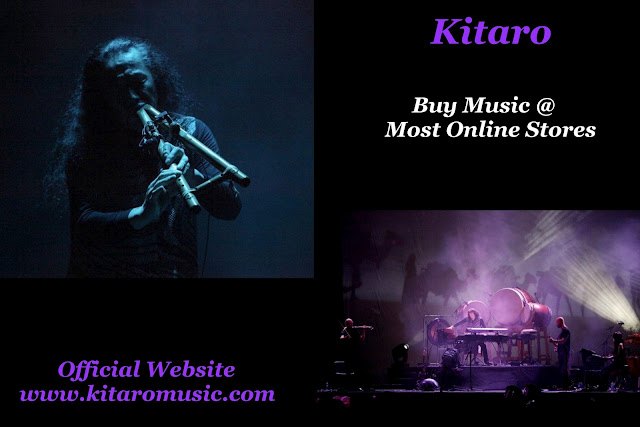 Posted by Stewart at 3:01 PM No comments: 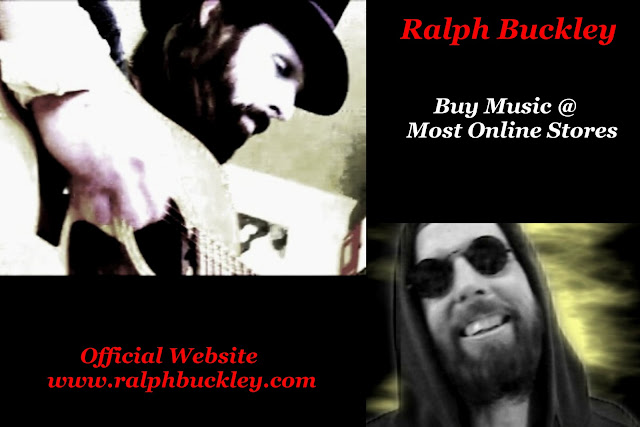 “Life is a trip...but it's also a gift. There's so much that I take for granted, everyday there are things that I've come to expect to always be there. But there will come a day, when everything that we hold true will change. It will be the defining moment in our lives. It'll make us realize that all of our stuff means nothing, absolutely nothing, and the only moments that we'll hang on to are the moments that we shared with the ones that we loved...and the ones that loved us....and all of our inglorious achievements of selfishness will come back to haunt us and make us wish with all of our hearts that we would've given a little more when we had the opportunity. Perhaps this day is to come sooner then we think...May we all find peace in our hearts...and on Earth.”

Ralph Buckley is a singer/songwriter/performer from Seattle, Washington. He has been involved in the Seattle music scene in one way or another for over 20 years. His music has always reflected the injustices and obscenities inflicted upon society. 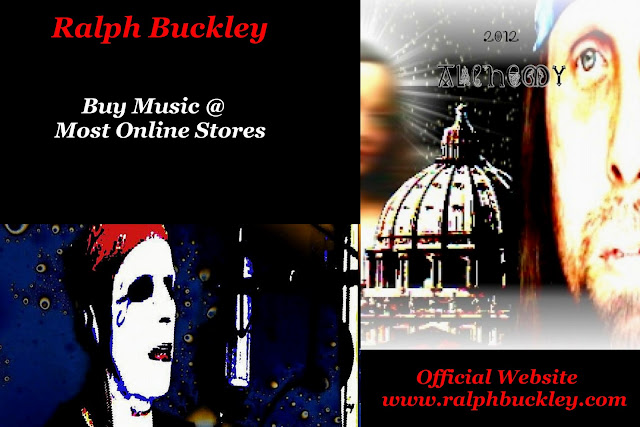 Posted by Stewart at 4:53 PM No comments: 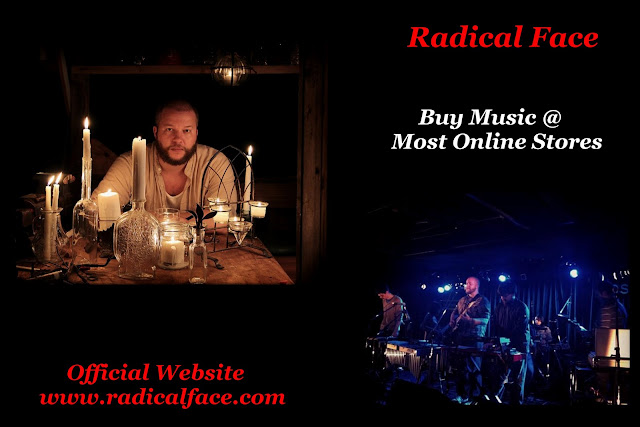 About: Radical Face
Radical Face is a musical act consisting of Ben Cooper (born bc. 1982), a resident of Jacksonville, Florida, who also makes up one-half of Electric President and Iron Orchestra and one third of Mother's Basement. The name Radical Face was chosen after seeing it on a flyer. He later found out it was a plastic surgery flyer saying 'Radical Face-Lift' with the word 'lift' ripped off.

On November 16, 2010 Cooper released a six-track EP titled Touch The Sky which serves as an appetizer for an announced trilogy of albums called Family Tree. Leading up to the release of The Roots, The Bastards: Volume One EP was released track by track. The first album, titled The Roots was released on October 4, 2011. In August The Roots was accidentally released to users outside of the U.S on iTunes. The Roots will be followed by The Branches and The Leaves'.

Clone, an album by Ben Cooper and Richard Colado was announced to be released through Bear Machine Records and available by fall of 2012. In September, 2012, it was announced that the record was delayed but would be released in 2013. 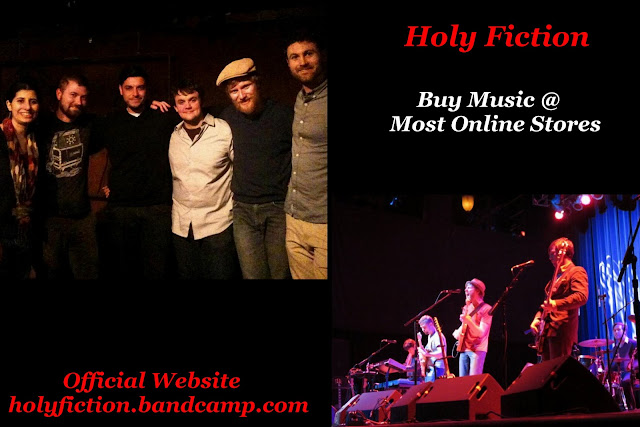 Holy Fiction is a project formed by members of Ethan Durelle, Pilot Drift, Hemyah, and A Pacific Model. Eager to create music that is both listenable and intelligent, Holy Fiction is currently crafting songs in a much different fashion than their former outfits.

Pulling from such influences as Peter Gabriel, Talk Talk and Toto, Holy Fiction found an expansive, thoughtful pop sound of their own in the creation of their debut full length CD ‘Hours From It’. As angular as it is rounded, lingering as it is succinct, effortless as it is strenuous; like a desert flooded after a storm. Holy Fiction will no doubt earn their place as a household name among music lovers everywhere. 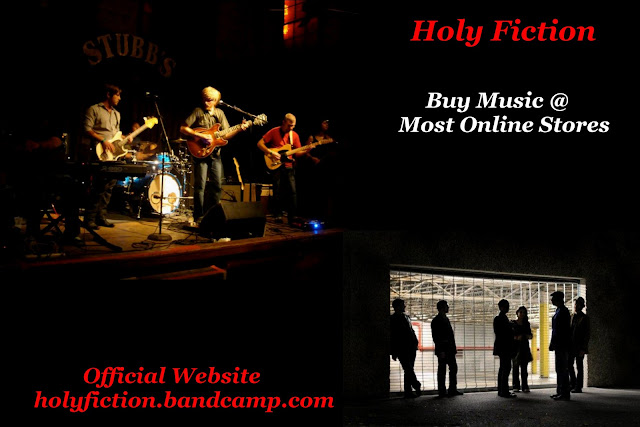 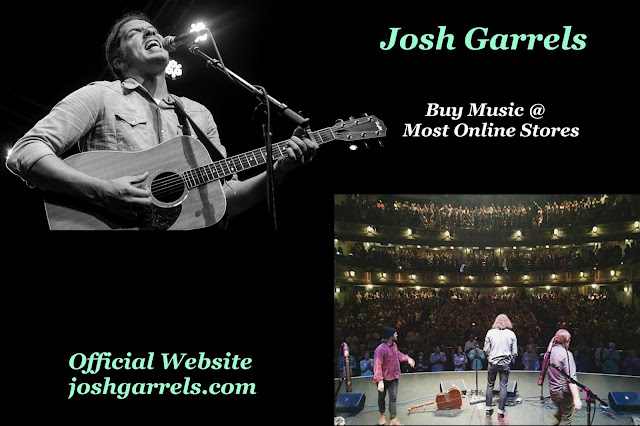 
Josh Garrels has spent more than a decade crafting music that cuts clean through. Resting in the space between accessibility and honesty, Garrels’ songs wrestle with and celebrate the mystery of faith with authenticity and heart. Cultivating a genre-blending mix of folk and hip hop, Garrels’ music explores themes of compassion, hope, longing, and liberation.


Many of the songs in Garrels’ catalogue evoke natural, visceral imagery, both from the Midwest where he was raised and attended college, and now from his home in Portland, Oregon. From the start of his career, Garrels has chosen to self-record, mix, produce, and distribute records without industry management or label representation, beginning with the lo-fi bedroom recordings Stonetree (2002), Underquiet (2003) and Over Oceans (2006).


In 2010, Garrels relocated to Portland, where he now resides with his wife Michelle, daughter Heron, and son Shepherd. Garrels also collaborated with Brooklyn, New York-based collective Mason Jar Music in 2010, re-imagining the song “Words Remain” in a historic Episcopal church in Manhattan with orchestration including strings, handbells, and flute.


On June 15, 2011, Garrels released his latest effort, Love & War & the Sea In Between. The making of Love & War & the Sea In Between was completely funded through the support of listeners and offered as a free download for one year, garnering 125,000 downloads in the first year after its release. Named the number one album of 2011 by Christianity Today, the magazine described the recording as, “prophetic, incisive, achingly human, and longingly spiritual.” Love & War & the Sea In Between was influenced by the landscape of the Pacific Northwest, which Garrels calls, “mysterious and ominous.” A stark contrast to the four seasons he experienced during his youth, Garrels says, “The evergreens, mist, rain, rocky coast, and stretches of uninhabited woods feel wild and untamed. I think the terrain also influences the area’s culture and spirituality. Living here has deeply affected me and my work.”


Garrels has composed musical scores for several television shows and films, including the acclaimed Marc Havener short film And What Remains and the Fuel TV documentary Gum for my Boat. His song “Don’t Wait for Me” appeared in the CBS television series The Ghost Whisperer, with additional musical placements in Heart of a Soul Surfer (The Bethany Hamilton Story), surfing documentary Walking on Water, and CBS webisode Around the World For Free. In 2012, his song “Slip Away” appeared in the ESPN television show Outside the Lines.


Collaborating with Mason Jar Music for the second time in 2011, Garrels filmed the full-length, fan-financed 60-minute musical documentary "The Sea In Between" on Mayne Island, B.C. Currently in post-production, the film is slated for release in 2012. Garrels is presently composing original scores for film, as well as mentoring and producing music for other artists through his label Small Voice Records. In 2012, Garrels earned a regional Emmy nomination in Music Composition from the National Academy of Television Arts and Sciences for his contribution to the soundtrack for And What Remains. He plans to start work on his next album in 2012. 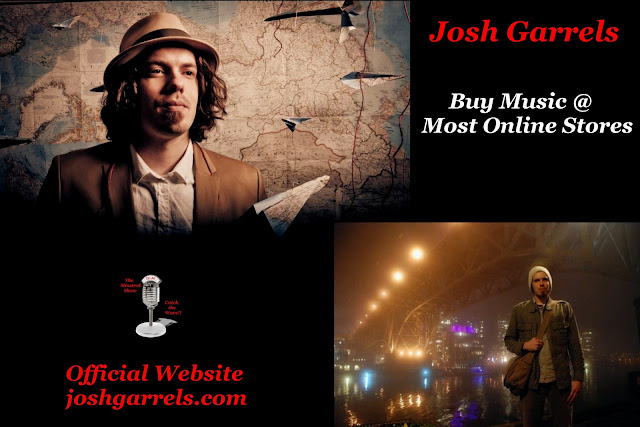 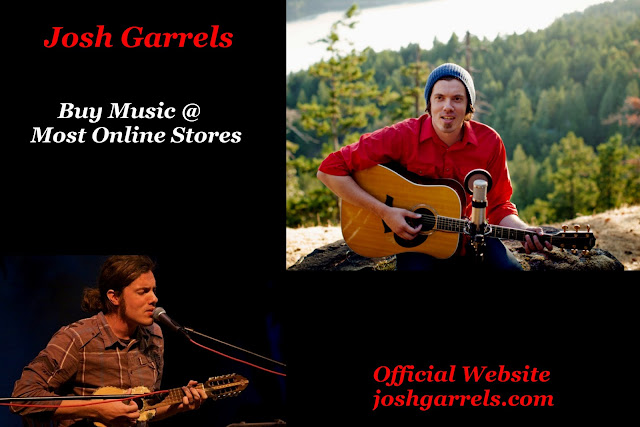 Posted by Stewart at 7:35 AM No comments: 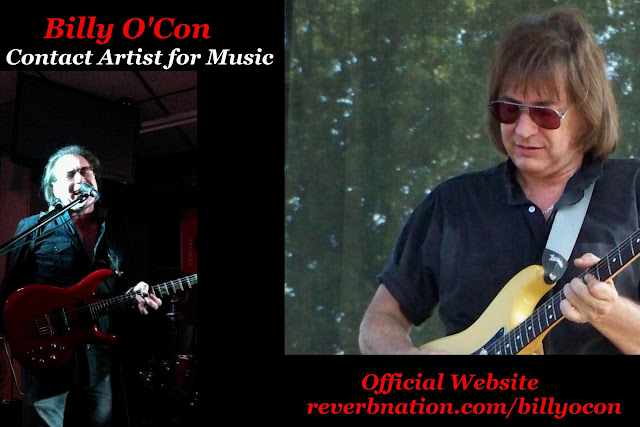 About: Billy O’Con
Finalist in The John Lennon Songwriting contest in 2009
Played Jim Croce in Documentary " Last Night In Natchitoches" Which won Best Music Documentary in The New York International/Independent Film Festival in 2002.
Has played guitar for some highly acclaimed artists.
Plays with one of Sheveport's favorite bands, Good Man's Brother.


Send Newsletters to your fans from ReverbNation.com 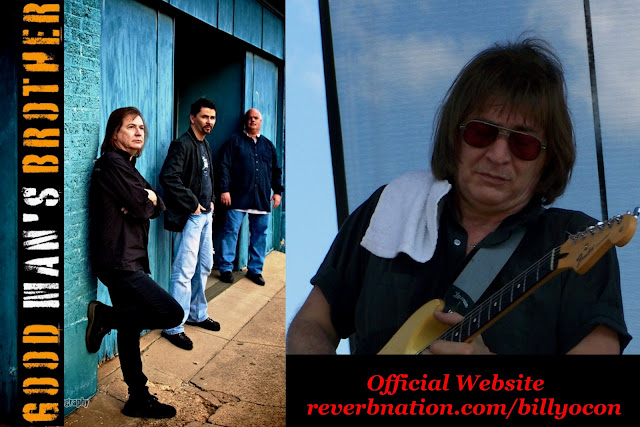 Posted by Stewart at 2:37 PM No comments: 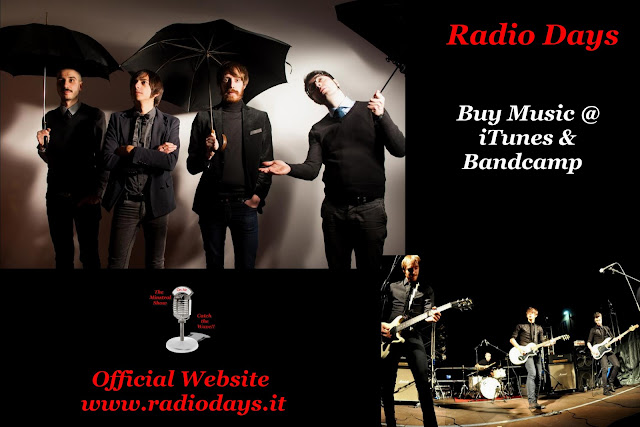 Radio Days are Italy's answer to the pure Power Pop perfection, an ideal mix between the beatlesque melodies of the sixties and the seventies punk energy.

They know how to combine the sounds of early Elvis Costello, the Rubinoos' vocal harmonies, Big Stars' screeching determination and the Knacks' easy listening melodies.

Born in 2003 as a side project of the Retarded (historical Italian punk rock band which played more than 300 shows all over Europe and two US tours), Radio Days succeed in being one of the best Italian Power Pop bands, creating a personal style and focusing on an intense and active live show.
“We're a band from Italy and we love the pop side of rock'n'roll.
We have toured Italy, UK, Denmark, Sweden, Spain, Austria, Germany, Hungary, Czech Republic and played great festivals such as Purple Weekend in Leòn, Pop Circus in Milano and Lee Rocks in Firenze with such bands as Paul Collins Beat, Blues Magoos, Rakes, Maccabees, Good Shoes, Those Dancing Days, Teenagers, Marky Ramone, Frank Popp Ensemble, Squire, M.O.T.O., King Brothers, Unwed Sailor, Methadones, Leftovers, Chixdiggit, Mcrackins, Teenage Bottlerocket, Parasites, Kepi Ghoulie, Mojomatics, Zatopeks, Mach Pelican, Riff Randells, Leeches, Temponauts, Tunas and many more...” 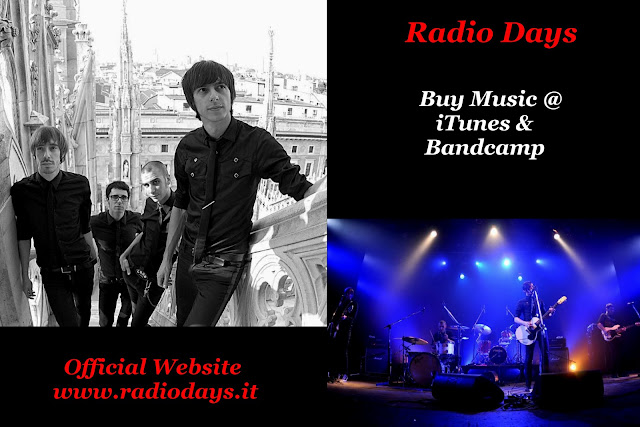