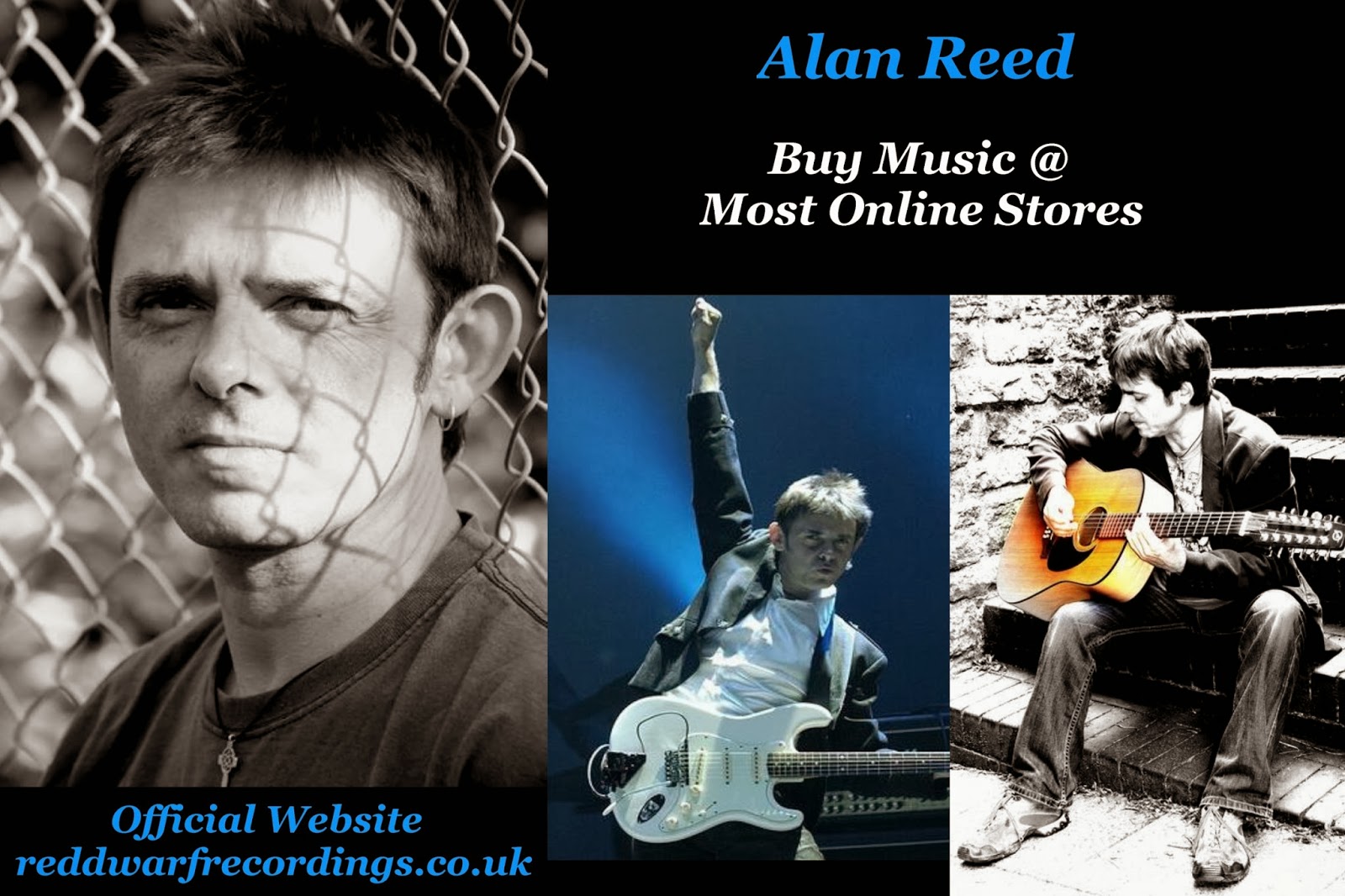 
Alan Reed is a singer and musician from Glasgow. He is probably best known as the (former) singer with progressive rock band Pallas. He has also appeared on albums by Abel Ganz, Caamora, Neo, Parzival's Eye and Strangers on a Train.


...Is it hope beyond reason, this might be the season at last…To Begin Again?!!!

Posted by Stewart at 4:19 PM No comments: 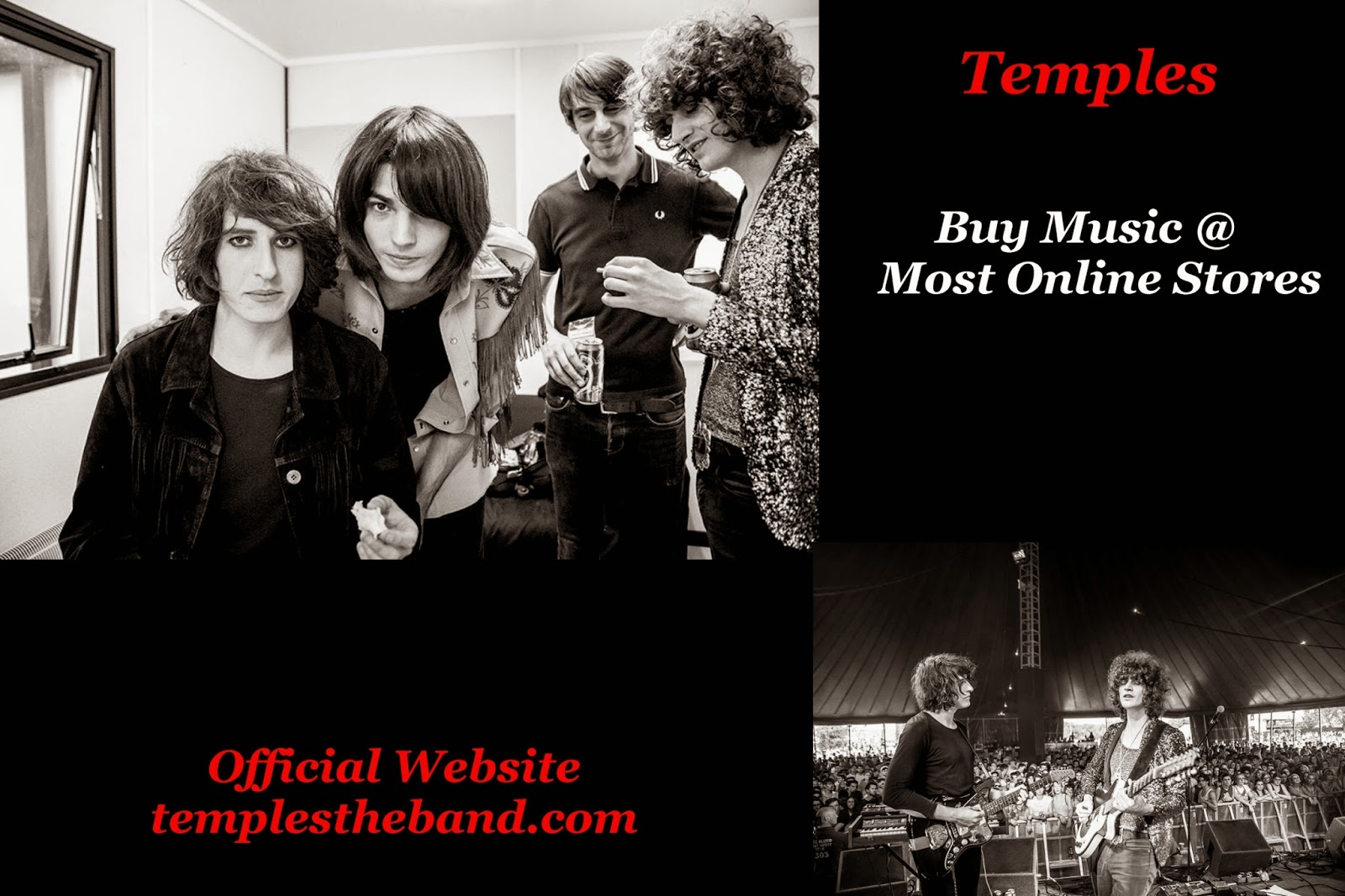 
Temples are an English psychedelic rock band, formed in Kettering, Northamptonshire in 2012, by singer-guitarist James Edward Bagshaw and bassist Thomas Edison Warmsley. They have received considerable press attention during their short existence and have been cited by Johnny Marr and Noel Gallagher as one of the best new bands in Britain.

The band was initially formed as a home studio project in mid 2012. The duo had previously worked together in The Moons, with Bagshaw also having co-fronted another earlier Kettering band Sukie who formed in 2006 and charted at No 1 in the UK Indie Chart with their debut single "Pink-A-Pade". Sukie were featured in the fanzine "Siren", edited and created by Warmsley to documents Kettering's music scene.

The duo uploaded four self produced tracks to YouTube which caught the attention of Heavenly Recordings founder Jeff Barrett who agreed to release the band's debut single in the form of "Shelter Song" in November 2012. They then enlisted fellow Kettering residents drummer Sam Toms (Secret Fix and ex-Koolaid Electric Company) and keyboard player Adam Smith and started rehearsing as band to be able to play their songs live, having never played live as a band before. The band released their second single "Colours To Life" in June 2013.

Having played major UK and European festival and supported the likes of Suede, Mystery Jets, Kasabian and The Vaccines alongside select headline dates, the band announced their first headline UK tour to take place in October 2013. In November 2013, Temples announced their debut album, Sun Structures, to be released on 10 February 2014.

Posted by Stewart at 9:25 AM No comments: 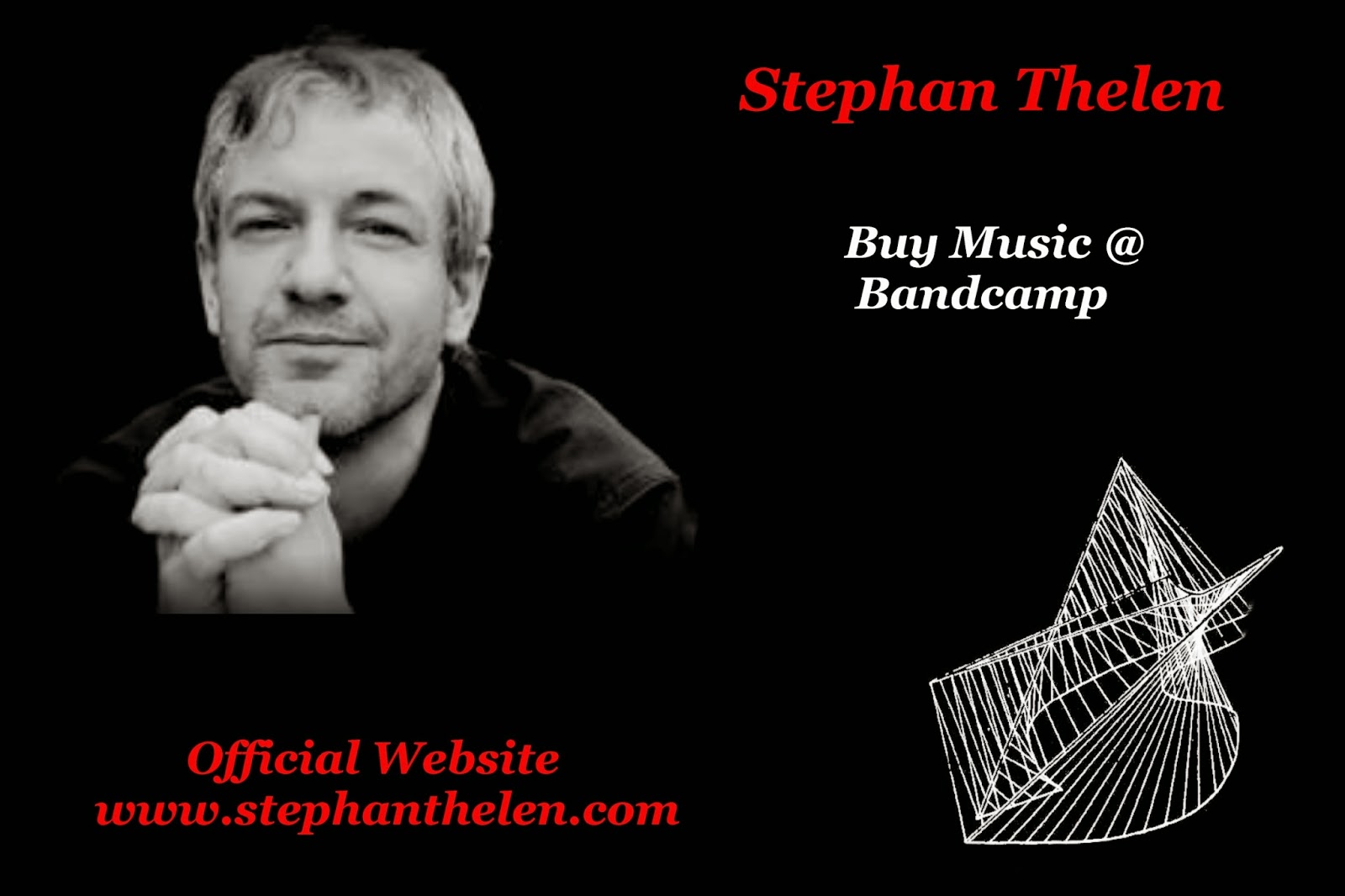 
Education: Studies in classical guitar; Guitar Craft Seminars with Robert Fripp (founder and guitarist of King Crimson) during the 1990s; studied mathematics at the University of Zürich (PHD in 1990)


Musical activities: plays guitar and electronics in various bands and ensembles in and around Zürich that concentrate on music at the fringes of rock, jazz, experimental and classical music. His main rock outlet is Radio Osaka (with singer Andi Czech, bassist Christian Kuntner and drummer Benno Kaiser). Instrumental bands included License to Chill, Broken Symmetry and Root Down. Many CD Productions (No No Diet Bang, Peter Schärli Sextet, etc.). Many Theatre-, Dance- und Filmproductions.


Since 2004 he has been concentrating more and more on compositions for modern Classical Chamber Music (mainly Soprano, piano and strings).

Posted by Stewart at 7:19 AM No comments: 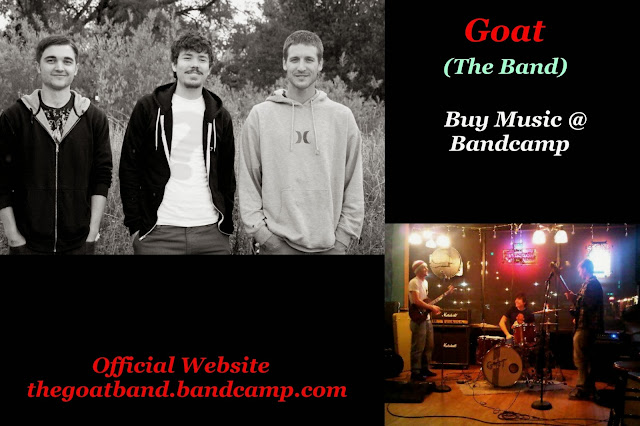 About: Goat the Band


Goat is a blues/rock/other band based out of Chico, CA, consisting of Lowell Thomas, Josh Andrews, and Zach Sorenson. After several years of sporadic jamming, Lowell and Josh began ironing out a set-list of both original and cover material in hopes of eventually forming a stable group. Stability was found with the addition of Zach on drums, who would complete the trio in February of 2010. In September of 2011, Goat released their first self-titled album “Goat” and then in Dec2013 they released their 2nd album titled “Breakthrough”. 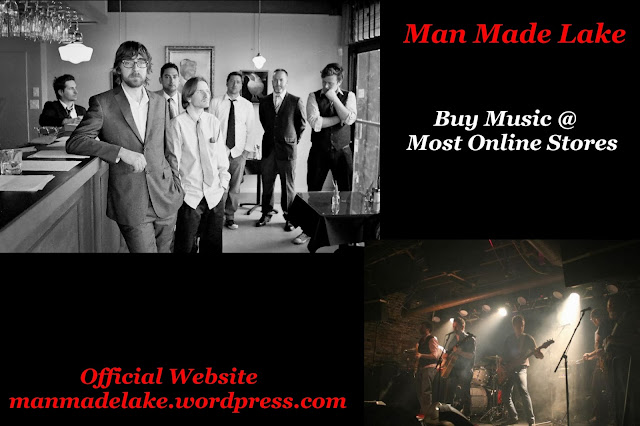 About: Man Made Lake


Named “Best Emerging Band” by Monday Magazine at the 2012 M Awards, declared 1 of 4 Acts to Watch in 2013 by the Times-Colonist and already having shared billing with Great Lake Swimmers and The British Columbians, Man Made Lake is not only a rock band but also a brotherhood. This group works together to make innovative, intriguing, dynamic alt rock music. The group consists of seven chaps led by frontman Colin Craveiro. The beauty of Man Made Lake is in the diversity: the diversity of influence and the diversity of personalities, leading to the diversity of sound. They are a band that strives to never make the same song twice, yet they always stay true to their ethos of imaginative music. The fact that there are seven guys in the band would seem like a detriment to many but they harness the varying ideologies and influences of each member to carefully craft their music. Whether it’s the 80’s rock of guitarist John Flatman, the modern indie synth-wash of keyboardist Brent Gosse, the heavy rock of drummer Morgan Hradecky, the classical to downright funky fresh sounds of pianist Nate Bailey, the stalwart pulse of bassist Riley Smith, or the subtle slides and soaring solos of guitarist Steve Parker, they all come together to combine with Craveiro’s intense and multi-faceted vocal stylings to create the monster that is Man Made Lake. This is an original Canadian rock act which thrives in the live setting and leaves audiences wanting more. 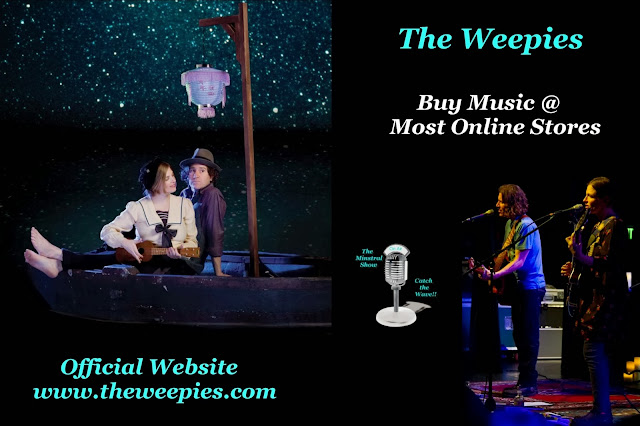 
Indie duo The Weepies have sold more than a million singles and half a million albums; their simple, direct songwriting has sent them to the top of the folk charts in a dozen countries. With more than 100 TV & media placements, they are one of the most licensed current musical groups in the world.


Her name is Deb Talan. She’s an up and coming singer/songwriter who has garnered tremendous word-of-mouth support and critical praise for her debut CD, Something Burning. Boston’s legendary music venue Club Passim has become her performing-home, but tonight she’s there to check out a new songwriter she’s been obsessing over, a musician from New York City named Steve Tannen. She’s been listening to his debut CD, Big Señorita, non-stop for about a month.


Guy walks into a bar…


His name is Steve Tannen. He’s at Club Passim in Boston to play a show supporting his debut release, Big Señorita. He’s been playing rock and roll in NYC dive bars for a couple of years, but since the release of his solo CD he’s garnered tremendous word-of-mouth support and critical praise. He’s nervous because Boston is a new town for him, but he’s even more nervous once he looks out at the crowded room and recognizes the pretty young woman down front as singer/songwriter Deb Talan. In a word, he’s intimidated; he’s been obsessing over her debut CD, Something Burning, non-stop for about a month.


Deb Talan and Steve Tannen began writing together the night they first met and soon formed THE WEEPIES. “We were fans of each other. When we met, there was an electric connection that made us both nervous. After the show, when everyone went home, we stayed up all night playing songs for each other, drinking a bottle of wine and trading an acoustic guitar back and forth in a tiny apartment,” says Talan. "That night has lasted ten years so far," adds Tannen.


A breath of fresh air for fans of songwriters, The Weepies features two unique voices and one unforgettable sound. With a self-released debut and three CDs on Nettwerk Records, the duo has become an indie success story, each release ranking among the top 10 digitally downloaded in the US. After a three year touring hiatus – during which time they got married, had two children and made two records - the band returned to touring in late 2010, playing 26 sold out shows across America. The Weepies now live in Southern California and are working on another album.

Posted by Stewart at 8:50 AM No comments: