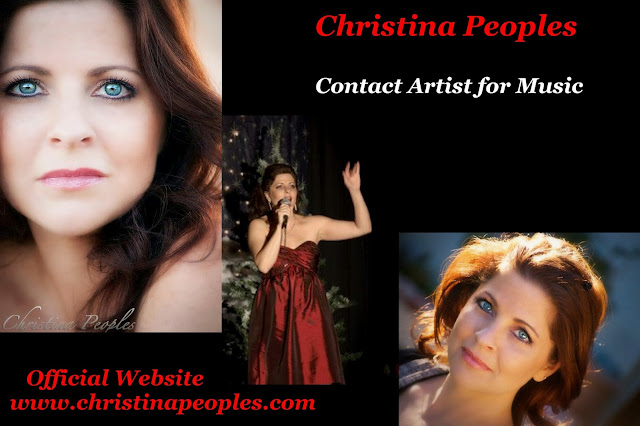 
Christina has shown a true passion and love for music and especially singing from a very young age. Born into a very musical family, she was surrounded by all types of music growing up from Classical to Classic Rock. Influenced by her parents as well as several other members of her family, music became a huge part of her life early on. She performed in several musicals, concerts and operas throughout the years and had the honor to be chosen to sing as part of a small jazz ensemble with Doc Severensen at Phoenix Symphony Hall. In recent years she has been chosen to sing the National Anthem for several major sporting events and recently was chosen to sing the National Anthem for the Freedom Rocks Concert with Phoenix based rock band CTS. With a vocal repertoire that includes several genres of musical styles such as Pop, Jazz, Broadway and Classical, Christina's YouTube channel has become extremely successful with currently over 5500 Subscribers. Through YouTube, she has had her music featured on radio stations in Florida and the United Kingdom. Her YouTube listeners have described her voice as "ethereal and haunting," "pure and crystal clear,"


"a true joy to listen to." Her goal and dream is to have a very successful career doing what she loves, singing. 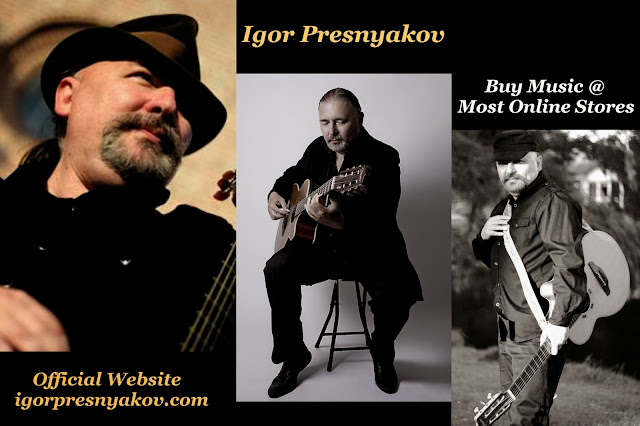 
Igor Presnyakov was Born in Moscow, Russia. He studied classical guitar at a nearby academy and eventually graduated both as a guitarist and a conductor for ensembles. In the late ’70s he used to lead several hard-rock bands as a lead guitarist, vocalist and arranger. On that time he also played guitar in a big-band for several years. In 1991 he relocated to the Netherlands to start his solo career, which has now spanned over 20 years. Since he moved to Europe he started discovering fingerpicking and eventually created his unique acoustic guitar-style which is influenced by various musical genres. Igor is a contemporary guitar player, who arranges and composes in an orchestral way; combining percussion, bass, harmony and melody at the same time. His arrangements of popular songs bring a very interesting approach to the original compositions, giving them a totally new perspective and possibilities of the acoustic guitar.


Igor also sings in some of his works, where his artistic insight chooses the right moments for it, but mainly he skillfully translates the lyrics into a guitar melody, having his instrument sing the words. His popularity has risen since he first debuted on YouTube in 2007. Currently the videos uploaded by him have almost 200 million views, in addition to almost 500,000 subscribers. Igor has performed at several guitar festivals in Europe and is playing concerts all over the world. In the end of 2012 Igor recorded his latest album: IGGYFIED which has been released in 2013, it includes a selection of his finest covers and some originals works. Igor is officially endorsed by both Takamine guitars and Fender Amplification.


“The main goal for me during the communication with my audience is to establish love for the music, love for ‘Her Majesty’ the Guitar. I love to play for people. To see the sparkle of joy in the eyes of the listener is the most rewarding thing for me.” 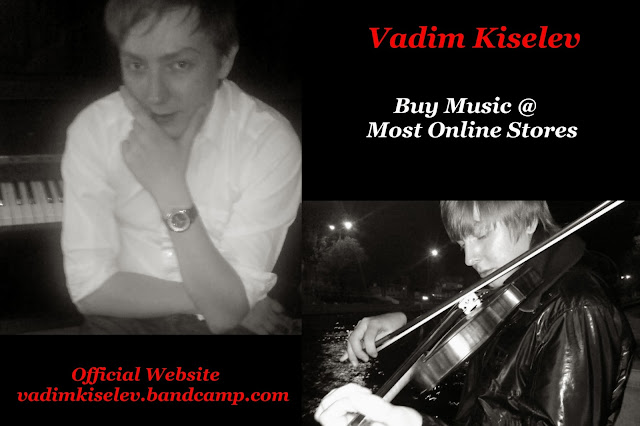 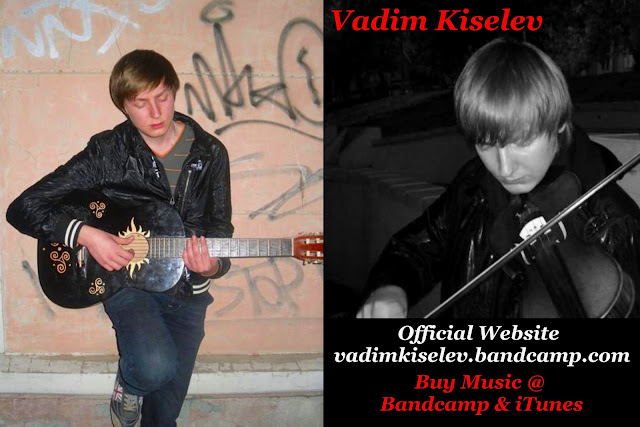 Posted by Stewart at 4:29 AM No comments: 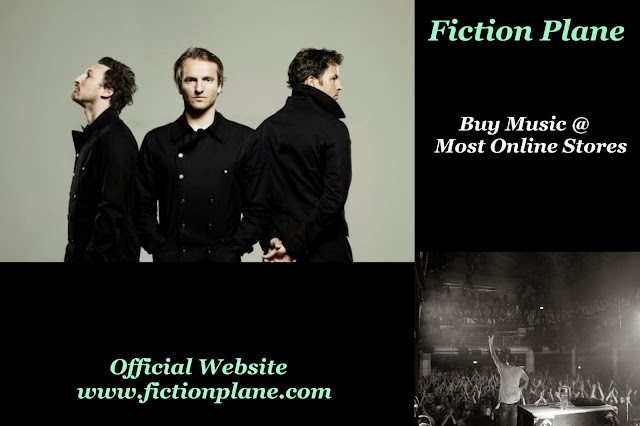 Fiction Plane’s first major label release, Everything Will Never Be OK, with MCA Records, was released in the US in March 2003 with the single "Hate". Shortly after the album’s release, Bloomington, IN drummer Pete Wilhoit joined the band.

In spite of positive critical acclaim for the group, including being named a ‘Breaker’ Artist by AOL Music in March 2003, MCA folded and the band moved over to Geffen records. In 2005 the band released a 4-song EP entitled Bitter Forces and Lame Race Horses on the Geffen imprint label “Everybody’s Records”.

In 2006, Fiction Plane made a brief move to Interscope Records and parted ways with founding member and bass/keyboard player Dan Brown. Joe Sumner took over on bass and the band started working on a new album, Left Side of the Brain, which was released on Bieler Bros. Records on May 22, 2007. Behind the success of the singles "Two Sisters" (a popular single in France, Belgium and Holland) and "Death Machine" the album rose all the way to #46 on the Billboard Heatseekers Album Chart.

On January 23, 2008, Left Side of the Brain was released in Japan through Sideout Records with two bonus tracks: "Drink (acoustic)" and "Put On Your Shoes."

In April 2008, a limited tour edition of Left Side of the Brain was re-released in France through XIII Bis Records, containing five bonus tracks "VIP fast", "Coolest Kid", "At Ease", "Sleepwalker", "Drink (acoustic)"), a video clip ("Two Sisters"), and a hidden track, "The Circus Trouser Enthusiast". Four of the bonus cuts were unused demos recorded in 2006. "Sleepwalker" is an early version of what would become "Anyone," the official album’s first track.

On March 23, 2009, the band released its first-ever live DVD and CD package, simply entitled Paradiso, through XIII Bis Records. It was recorded on December 7, 2008 at the band’s sold-out performance in Amsterdam and then mixed by Ash Howes and mastered by Andy Walters at the famed Abbey Road Studios in London. Special features on the DVD include the unedited version of the “It’s A Lie” video, and a photo gallery of images taken along the band’s touring journey.


In February 2010, Fiction Plane completed the recording of their latest studio album, Sparks which was released in Continental Europe on May 10, 2010 on Roadrunner Records. Produced by Paul Corkett, whose collaborations also include artists the likes of Nick Cave, Bjork and Placebo, Sparks is said to include both large anthems and eclectic tracks. To date, it, like Paradiso has not been released domestically to North America. 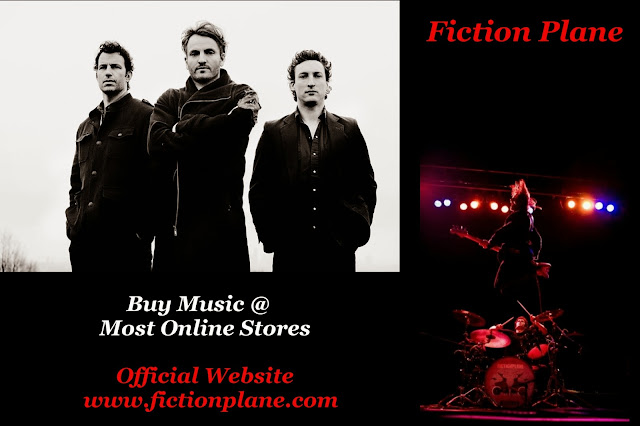