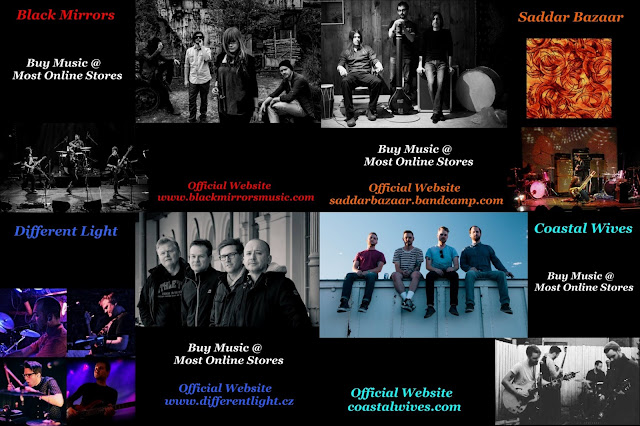 Today’s edition of United Music Mag puts the spotlight on four awesome bands; Black Mirrors from Brussels Belgium, Different Light from Prague, Czech Republic, Coastal Wives from Denver Colorado USA, and Saddar Bazaar from Bristol UK. Also included in conclusion is a little summary on the revenue war being waged between the major labels and YouTube / Google, oh and a special shout out to Jim Messina. So, let’s get to the important stuff in life, “NEW MUSIC”. 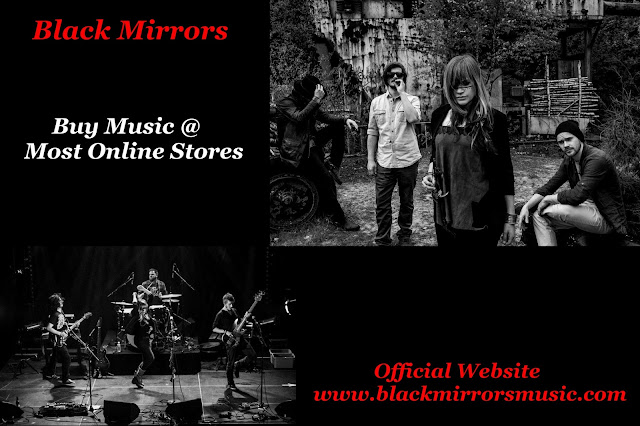 Rock music with attitude has evolved from the 70’s and is tearing up the music scene by taking its place front and center in reflection of it...here’s the real deal, a Rock band from Belgium called “Black Mirrors”. Their latest single “Funky Queen” packs a wallop with a pause, build-up and explosion that is guaranteed to grab you and make you scream into music ecstasy! I’m an instant fan…and once you have a listen to their music I’m sure their offerings will be destined for your music collection.

Be sure to visit Black Mirrors website to find out where they’re playing live because life requires your participation at a great concert, and this band has that rock fix you crave. 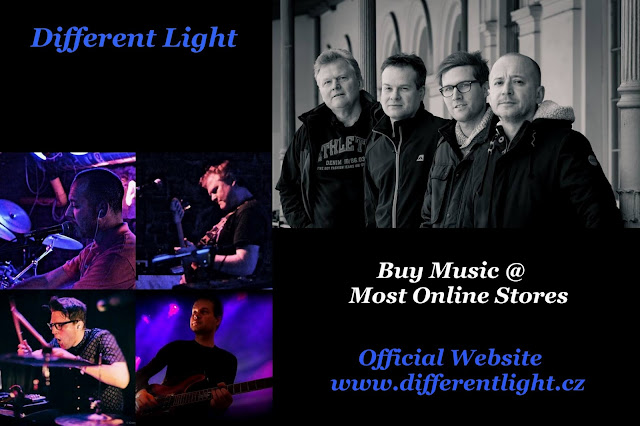 Progressive rock has returned to modern times on the wings of its greatest influences from the late 60’s to the early 80’s, with “The Burden of Paradise” the latest album by Prague, Czech Republic band “Different Light”.

“The Burden of Paradise is a semi-conceptual neo-progressive rock album that deals with the idea that a person is only truly free when he or she is completely independent of anyone else and is fully accepting of the consequences of life.

“The Burden of Paradise” embodies really good music with noble lyrics, the stuff that makes bands memorable and worthy of our selective ears. It’s certainly great to hear progressive rock music making its way back as it offers a mindset of independence. Truly a delightful find for me as I’m sure many progressive rock music fans will enjoy. The album was released on February 29, 2016 and can be found at most online stores. Check out their official website for more information and be sure to stop in on Facebook to say hi.

Found on the following playlist:
Progressive Rock 2000 to 2016 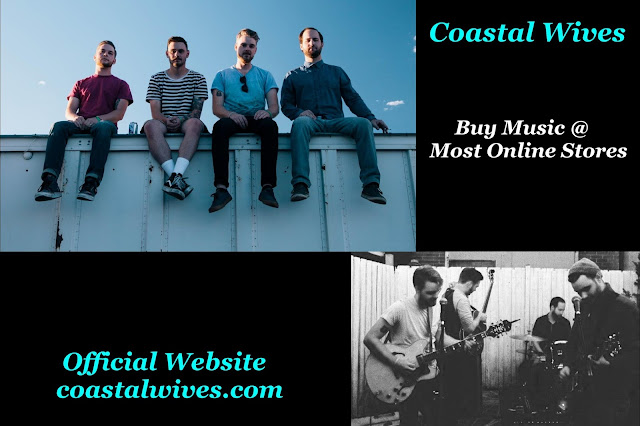 Coastal Wives is a solid up and coming Indie Blues Rock Band from Denver Colorado not to be missed. They just released their debut 4-song EP “Traditions” on April 21st, 2016 and by the amazing sounds they are creating, they will certainly turn a few industry heads their way, they certainly turned mine.

My personal favourite song from their EP is the Bluesy rock number “Firebreather” but of course “Half Foot Friends”, “The Amazing Antoinette” and “Traditions” are certainly a close second. Check out their music below to see what I mean and then be sure to check out their social links to stay up to date with the band. 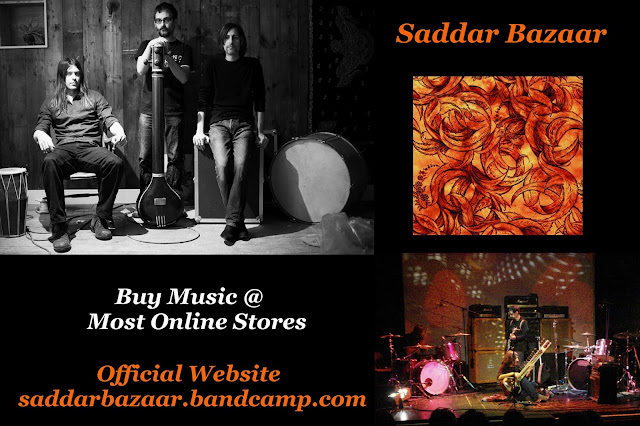 Formed in 1990 by Shaun Hyder (sitar) and Rehan Matthew Hyder (guitar), they were soon joined by John Sage on drums and supported various bands in the local area such as The Seers, Praise Space Electric and the Bevis Frond. They also played at the well known Ashton Court Community Festival in Bristol.

By 1992 John had left the band and had been replaced by David Spencer, whilst Tainenska Royal came in on flute and keyboards. It was this line-up that recorded "Night Descent" for the indie charting "Fun With Mushrooms" album on Delerium. The bands appearance on this album resulted in a pile of mail from punters, at Delerium HQ, requesting a whole album of material by the band. It also resulted in a session for American doom metal band Solitude Aeturnus (Saddar Bazaar play on the track "The 9th Day" on the bands 1994 album "Through the Darkest Hour" on Music For Nations).

Delerium decided to fund an album and the finished article featured new keyboard player Terry Banx and was produced by Bob Pierce (an ex-member of 60s UK psych band The Mirror). "The Conference of The Birds" is one of Delerium's strangest releases to date. A perfect acoustic Eastern chill-out experience that harkens back to groups such as The Third Ear Band and The Ceyleib People, with its atonal, psychedelic simplicity, whilst appealing to the ambient trance textures of today’s head music scene.

Well, they just released a phenomenal album on May 16th, 2016 titled “Seventh Valley”.

What you can expect when listening to this album is an expanding consciousness triggered by progressive psychedelic sounds that reward your being with a sense of contentment and relaxation while allowing your thoughts to travel into the realm of oneness…what’s not to like? It’s a great escape from the upside down realities we experience everyday, and that alone makes it all worthwhile.

“Seventh Valley” is a solid Progressive Psychedelic Rock album that will appeal to a variety of music fans who will view this music in the category of their liking, weather it’s shoegaze, stoner rock, head music, Progressive Rock, or Psychedelic Rock; all will agree this is good music!

To find out more about “Saddar Bazaar”, check out their websites and let them know what you think of the “Seventh Valley” once you’ve experienced it.

Found on the following playlist:
Psychedelic Rock 2000 to 2016

Well there we have it, 4 more bands for you to get to know, experience and add to your music collections. Your support of the artists allows them to do what they enjoy doing while providing you with music you enjoy, so please lend them your support…The great thing about being online is that it allows artists and fans to connect to one another which is a great experience for all...hey, and there's no greedy corporation involved 8-) That’s a pretty good arrangement don’t you think?

Speaking of greedy corporations, the big three labels, led by Warner Music, are trying to shake YouTube down for more revenue on music video streaming…ie: they want a bigger piece of the action, as it looks like “Streaming has Become Warner Music’s Biggest Business”.

The major labels continue to claim they are losing money for a variety of unproven or hollow reasons. But I can tell you that fairness in music streaming is not the real issue here, greed is.

Personally, I think all musicians and artists need to consider their options. Why allow a few corporate giants to fight over what really should be your money? If artists kept their rights and put their music up on their own YouTube channels, and then sold their music through music providers such as Bandcamp, who pay them more, they would take back the music industry in their own names…that’s what freedom and independence is.

Consider that Independent music providers such as “Bandcamp” serve the artists as a direct artist to fan music store, which has seen music fans pay the artists 156 million dollars and $4.3 million in the last 30 days alone by directly using the Bandcamp application. Imagine what would happen if everyone decided to use Bandcamp? If anything, the rise of Independence would be a welcome thing, which I believe is what the major labels fear the most.

By the way, just in case you were wondering, World United Music is not a corporation nor do you see any advertising on this website and I do not collect revenue on my YouTube channel even though I’m unemployed. World United Music is about supporting artists who make great music. Isn’t that what it’s all about? If you like what you hear, please share with your online friends and family…and artists, please share with your network because your fans might become another artists fans and their fans might just become your fans. Music is your voice and the voice of the people. Have a great week everyone!

Oh, and one more thing, in celebration of artist Independence, today’s special shout out goes to Jim Messina, because he dared to use Bandcamp. Right on Jim!! Please support Jim Messina. 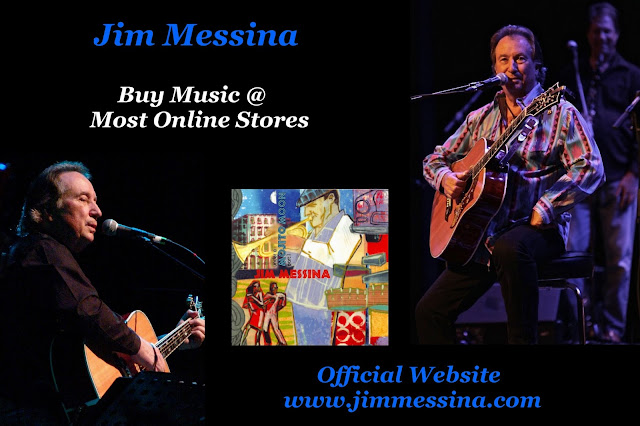 Singer, Writer, Guitarist, Producer, and Recording Engineer. Jim Messina was the founding member of the Southern California surf-rock combo Jim Messina & The Jesters, a member of the folk rock group Buffalo Springfield at the tail end of their history, a co-founder of the country-rock band Poco, and then half of Loggins & Messina. Jim currently records, performs and tours as a solo artist. Be sure to check out Jim Messina’s website and follow him on Facebook and twitter to find out what he’s up to and where he’s playing next.

"Live" at the Clark Center for the Performing Arts is "An intimate Evening" of "Acoustic and Electric" music with consument musicians performing the original musical arrangements. Jim Messina performs songs he either wrote, recorded or produced while performing with The Buffalo Springfield, POCO, Loggins & Messina and his solo career. This particular "LIVE" in concert CD (and DVD) was produced for his fans and those music lovers who have followed Jim’s career from its beginning in 1966 to the present day. So sit back in the comfort of your home to either watch the "LIVE" DVD In Concert, or simply relax in your favorite CD listening environment, close your eyes and Jim will place you in a "Front Row Center Seat" in your own private concert hall for a musical journey of his legendary career. This album is also available "LIVE" on DVD.

* SCROLL DOWN TO THE PLAY-LISTS TO STREAM MUSIC
Posted by Stewart at 1:07 PM No comments: