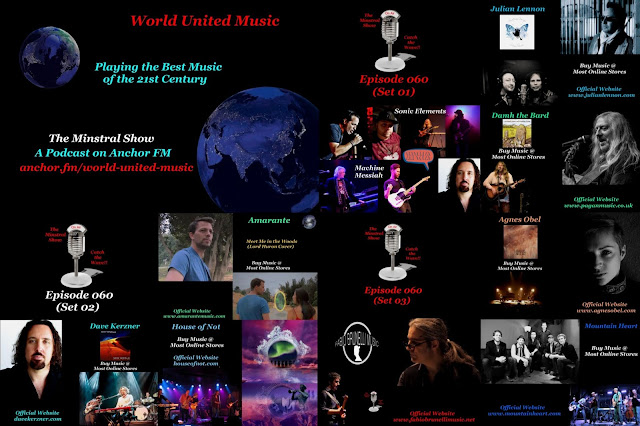 The choices we make in life stay with us from beginning to end and even though we make errors on our way, we do eventually learn from them and move on.

Each one of us, when born, begins a path that zig zags through the forest of life. The forest presents us with many paths and lessons from the choices we make which provide us with a glimpse and understanding of why we are here. Those lessons often turn into art through poetry, paintings, sculptures and of course Music. Todays episode contains some of those expressions through the music of Julian Lennon, Sonic Elements, Damh the Bard, Amarante, Dave Kerzner, House of Not, Agnes Obel, Fabio Brunelli and Mountain Heart.

Julian Lennon opens the first set with “In Between” taken from his soul stirring 2013 album “Everything Changes”. The song is about moments of personal clarity and evolution…the “In Between” moments when life washes over us…it’s a song of attestation with a message… and advice, all in one…a great tune by Julian Lennon.

Next up is a brilliant 3 song collage / tribute to “YES” with “Your Move”, “And You and I”, and “Wonderful Stories” taken from a 2018 collaborative artist album by Sonic Elements called “Yesterday and Today” It’s a wonderful celebration of the bands 50th anniversary.

The album was put together by Multiple generations of artists that joined together with current and former members of “YES” to recreate classic songs from the different eras of the band, going all the way back to their very first album entitled "Yes".

Just one of the many awesome tracks found on this amazing album.

Damh the Bard closes the set with “Under a Beltane Sun” taken from his 2012 album “Antlered Crown and Standing Stone”.

This song speaks to the soul with a wish to return to more peaceful communal times, a song that you just might find yourself singing along to, “Under a Beltane Sun”.

And so, In Between, its your move where You and I can listen to wonderful stories under a Beltane sun, a set of music, only heard here, on the Minstral show.

Amarante opens our second set with their 2018 cover of Lord Huron’s song, “Meet Me in the Woods”. … this is an excellent cover and would make an excellent movie track in my opinion, it’s that good. I’m subscribed to Amarante’s youtube channel which of course is where I first heard this song, where they made a great video of the tune, so when you get a chance, please do check it out.

Sometimes the stories we hear are a warning that are as dark as a brothers grim tale, so listen to the lyrics and take heed, don’t F with forces you cannot see for in the darkness you may be…Amarante

Dave Kerzner follows with “The Lie” taken from his 2015 Deluxe version of “New World”…one of 23 songs on what is Quite simply, the very best album of 2015.

The song lyrics get right to the point…

Be careful of the lies you make for
Someday you will slip up and be shown
Beside the guilt you own – Dave Kerzner.

“House of Not” follow with “Key of G” taken from their 2012 album “On the Madness of Crowds”. “House of Not” is a Progressive Rock Band from Toronto Ontario Canada that delivers a unique story through a of 5 part Rock Odyssey spread out across 5 albums…

In the lyrics of “Key of G” the artists asks…

lots of good music to listen too when you check them out.

And so, the lessons of life shall be revealed when you “Meet me in the Woods” where we will expose “The Lie” in the key of “G” and find the truth, on the Minstral Show.

Agnes Obel opens the final set with Stretch Your Eyes” taken from her 2016 album “Citizen of Glass”.

The 10 song album is darkly poetic with a pleasantly infectious ambiance that defies genra description…the tones and movement in her music are quite captivating… so, “Stretch Your Eyes” and have a listen.

From Modina Italy, Fabio Brunelli follows with “Mosquito” taken from his Volume III album from 2013.

Influenced by some of the great progressive rock bands of the 70’s such as Genesis, Pink Floyd, ELP, King Crimson and Gentle Giant, Fabio Brunelli treats us to his unique style of music that delves into those past influences with his own formula that captures a path on the road within the forest. “Mosquito”.

Mountain Heart closes the set with their 2009 live cover version of the Allman Brothers “Whipping Post”…I have to say, If you haven’t heard this version yet, get ready to be blown away because this brilliant cover is going to grab your ears turn your head and speak to your musical soul…I can’t think of a better cover for this classic song and that’s saying a lot…this is pure music passion and craftsmanship with a 10 on 10 for entertainment…the very best, and a fitting song to end this weeks episode.

And so, Agnes Obel, Fabio Brunelli and Mountain Heart are in que, for you, on the Minstral Show. Have a great week everybody!

SET 01
Julian Lennon – In Between
Sonic Elements – Your Move, And You & I, Wonderful Stories (YES Cover)
Damh the Bard – Under a Beltane Sun 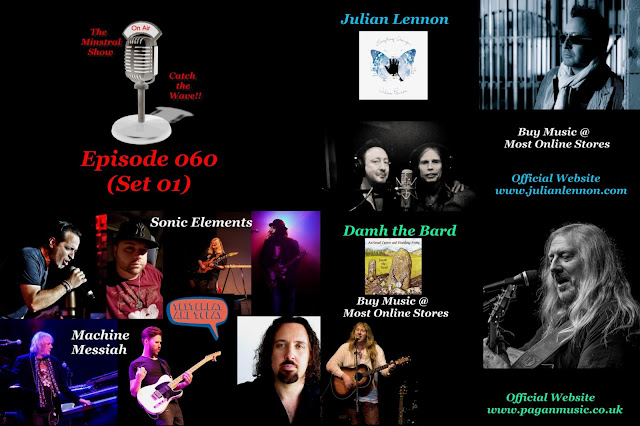 Be sure to support the artists by going to their official websites, buying their music and joining their email platforms. (See Artist links below.) 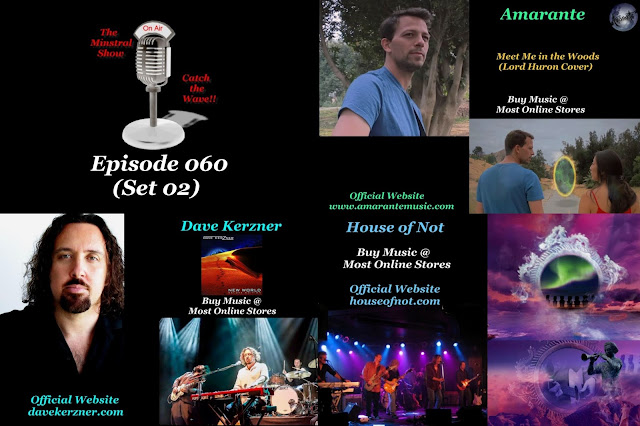 The World United Music Podcast is now carried on 11 different platforms including Anchor FM, Spotify, Apple Podcasts, Pocket Casts, Radio Public, Castbox, Breaker, Google Podcasts, Overcast, PodBean and of course on our World United Music Blog. New shows are uploaded on Sunday’s but you can also stream past shows any time you like. Hey, “Catch the Wave!” 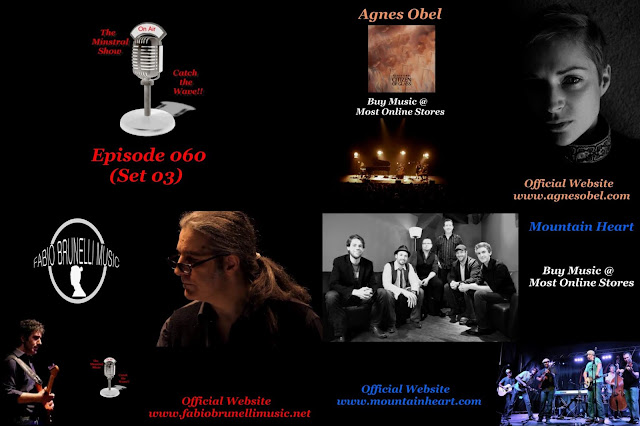 Posted by Stewart at 1:12 PM No comments: