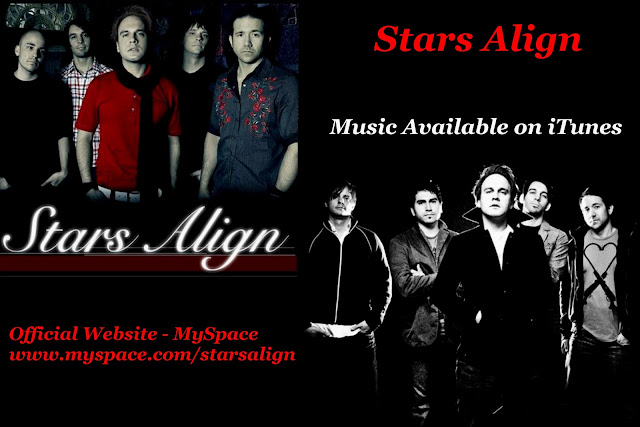 John Stephens was previously in a band named Neve (rhymes with Sleve) who released a self titled album under Columbia Records in 2000. Neve was well recieved and earned radio play accross the country. Their music was also included in various movie and television shows including The Faculty, Here On Earth, and Dawson’s Creek.

Stars Align was previously known as “Genius”, however, with problems securing the name they decided to choose another and went with Stars Align. The original creation of genius included bassist Tommy Gruber (who was also in the band Neve with John Stephens).


The Band is now on hiatus.