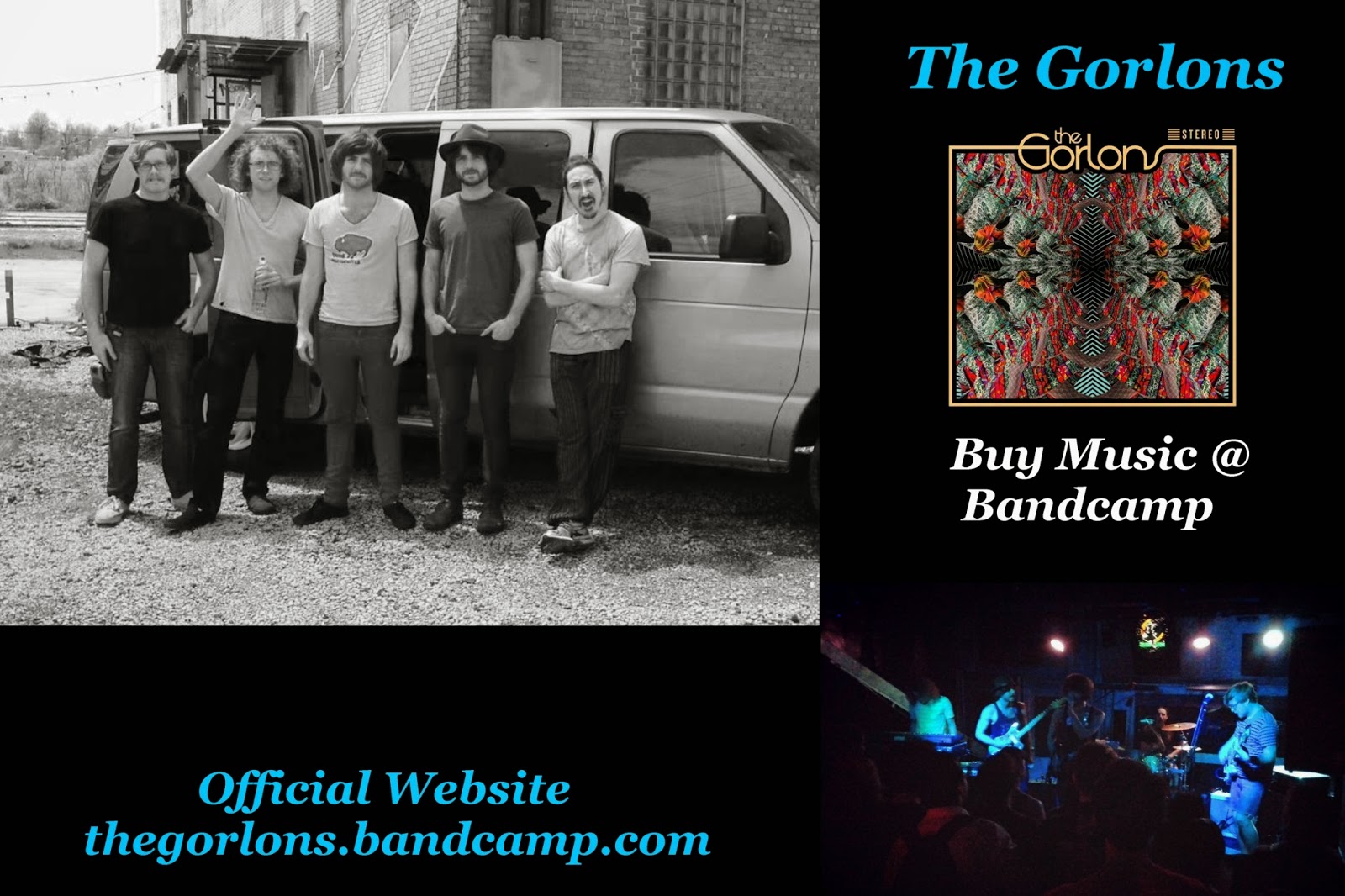 
The Gorlons are an exciting band out of Springfield Missouri that have broken the waters and birthed a new 21st century rock that blends rock n roll, punk, psychedelic, progressive rock, garage rock, and New Wave into one harmonious blend of what can only be termed as “Eschaton Rock”. Their debut self titled album “The Gorlons” is filled with awe inspiring sounds that time warps the listener into the future as well as the past in the same moment...like a tempest in a tea cup "The Gorlons" are here…welcome to the future of rock n roll! ~ World United Music


"I haven't forgotten my love for garage rock in my latest renewed fervor for post-rock. Doubt most anything could diminish it, and just to reinforce that sentiment I'm sharing one of the best garage rock albums we've been sent in months. The Gorlons hail from Springfield, MO and they've got a brings me straight back to the days before I even wrote this blog and was a dumb kid looking through the CDs at the public library trying to find anything and everything lo-fi. It shares many of my favorite qualities of the Hentchmen or the long-ago-posted Different Skeletons, as in from the simplicity of the music that can make something incredibly full and dynamic through fuzzy guitar, organs and singing that I find just inside the realm of intelligible without going overboard like modern radio hits. The band, as garage goes, has a heavy retro streak in it as it does remind me of earlier revival bands a remarkable catchiness like The Flamin' Groovies, but of course louder and speedier. I'd say this is produced with a skill that exceeds either of those groups, as least as for a debut when it comes to the Hentchmen. A most excellent driving around album, and in particular I find makes a band much more enjoyable to re-listen to, even more so if heard while you slide your old Caprice around on black ice driving to work at 3:30am like I did. I really must recommend "Rollercoaster" and "Dirty" as two of the neatest songs I have had the pleasure to review on here for a bit, yet the whole album is solid. They've posted the album for free listening on youtube, but should you like to support them and own a copy they're selling it on bandcamp." - Spacerockmountain


"These dudes can write a little something called SONGS. It’s evident from their self-titled debut. Clocking in at just under 35 minutes, it’s not much of a mystery that these dudes don’t do “slow” too often. The album is made up of attitude-heavy riffs, head-nodding beats, and fuzzed tones, all while laced with a decent coat of psychedelic organ melodies. Shake all that up and throw it in the same room and I’d imagine that the inevitable explosion would result in the Gorlons. That’s not to say that they don’t do slow songs too though; the third track “Head Cage” sounds like audio codeine and just like regular codeine, it fucking rules.The whole thing is available on the band’s bandcamp right now. You can give it a listen, download it, or pick up a CD/cassette below. Have at it, kids.

Oh, one last sidenote: isn’t the cover of this thing pretty fucking cool too?" - Stuff n Such