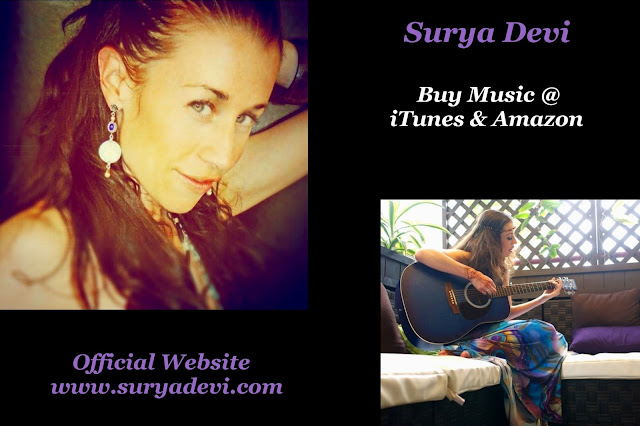 
Born on the International Day of Peace, which also falls on the Fall Equinox, Surya was destined from birth to be the World’s first Benevolent Gangster Dakini Fairy. She has always had a passion for music, magic, and the mysterious things of life. Her studies of spirituality and curiosity about life have sent her on adventures around the world seeking to know what it is that unites us all as a human race. Surya is a certified Angel Therapy Practitioner & Medium by Doreen Virtue PhD, as well as a Blessing Giver from the Oneness University in India, Divine Healing Hands Practitioner and Past Life Regression Therapist certified by Deborah Skye King.


Since childhood she could always be found singing, writing stories and dancing around the house making up songs and routines with her brothers. In high school she took a vow never to engage in anything creative again, which lasted for 7 years. During this time she refused to sing, act or engage in any creative pursuits, instead learning bodywork and studying herbs, energy healing and natural medicine. When it became apparent she could not live without music, she was introduced to Sheinagh Saraswati Anderson (http://www.sheinagh.com) and began to study the Yoga of Voice with her for many years. She traveled to India to study Indian Music with Aparna Gurav and realizing that Indian Classical music would take her a lifetime to master, decided instead to fuse her many worlds together to create a unique style reflective of her love of different cultures, religions and music.


Surya plays piano, guitar, a host of random instruments and laptop to create her own music in a variety of styles. She creates both original music for herself as well as commissioned pieces for film, TV, radio, fellow healers and corporate. She has shared her music and healing gifts with people from all walks of life and is passionate about how unconditional love and music can unite and heal the world. 2013 will be a busy and creative year for Surya. She has several album releases planned for this year including the revolutionary “Vimanas Project” ~ a hip hop kirtan project produced by Anahata Sacred Sound Current featuring Atma, Son of Saturn, Riishi G7, Jahn Naga Baba & Kalki. (www.vimanasproject.com) Her next full-length feature album “Rise” will be released in June which is a collection of sacred chants and prayers from India, co-produced by Vago from Technicians Music/Vanguards. She also has several projects underway with Senegalese musician Boujou Cissoko in both North America & Senegal. 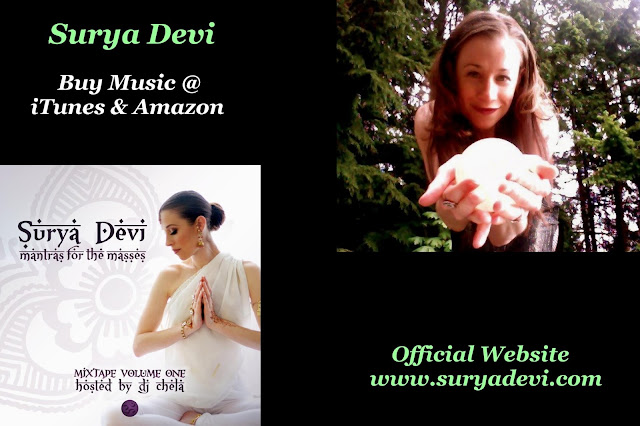