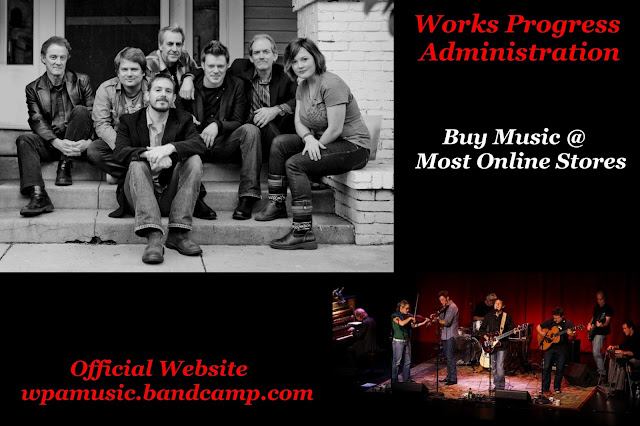 Works Progress Administration takes its name from FDR’s 1939 New Deal initiative, which put millions to work making buildings, bridges, theater, art and music. The original WPA was rooted in the values of community and creativity, and helped to keep the fire of human dignity burning through the darkest years of the Great Imposters.

WPA was born out of the musical community surrounding the legendary LA club, Largo. The members of the band had known and admired each other for years, and found themselves with a strong batch of unrecorded songs, a little down time, and a collective feeling that it might be a good idea to put something on tape.

After a chance meeting between Sean and Grammy winning recording engineer Jim Scott, the group found themselves in Scott’s studio, Plyrz, recording 17 songs live in five days. With an album mixed and mastered, the band hadn’t even chosen a name or secured management. In an era where the expectation is that a group of this experience and caliber would be something conceived by business executives, WPA came out of an authentic and vibrant musical community, and the album is a beautiful reflection of its origins.

The instant classic “Always Have My Love”, penned and sung by Glen Phillips, starts the album with a powerful dose of dual fiddles, pedal steel and piano, revealing the band’s palette from the first bar. The album continues with five more Phillips songs, plaintive and introspective tunes from Sean Watkins (“Not Sure”, “Paralyzed” and “You’re Already Gone”), commanding vocals performed by Luke Bulla on “Who’s Gonna Cry For You” and “Remember Well”, and the haunting voice of Sara Watkins on Benmont Tench’s “The Price” and the Ray Davies classic “I Go To Sleep”. Despite having four lead singers and a high level of instrumental prowess the band keeps its focus in service to the song, and creates a sound that is both timeless and unique.

Now, with a wonderful record reminiscent of “more than the sum of its parts” groups such as Fleetwood Mac, The Band, and CSNY, the founding members of WPA (Glen, Luke, and Sean) are rallying the troops for a cross-country excursion. Given that the heart of this band is found in its collective spirit, if one of the Executive Board is required at his “day job”, it’s looked at as an opportunity, not a problem. The network of talent surrounding these eight players is deep and varied, and changes in the tour lineup will provide new opportunities for collaboration and exploration, insuring that each show is a unique and inspiring event.

In this time when the collective spirit is once again in need, WPA looks forward to serving you in your community. 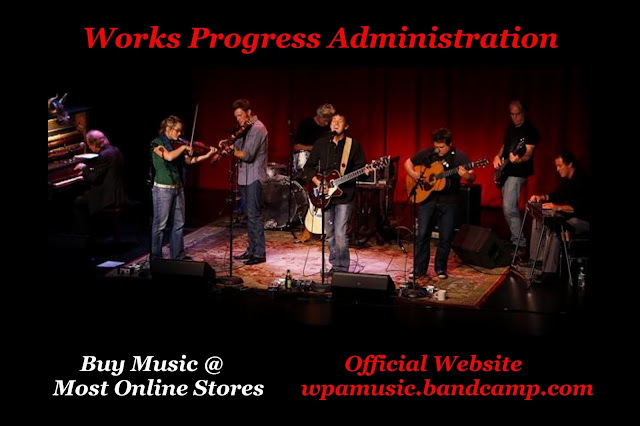