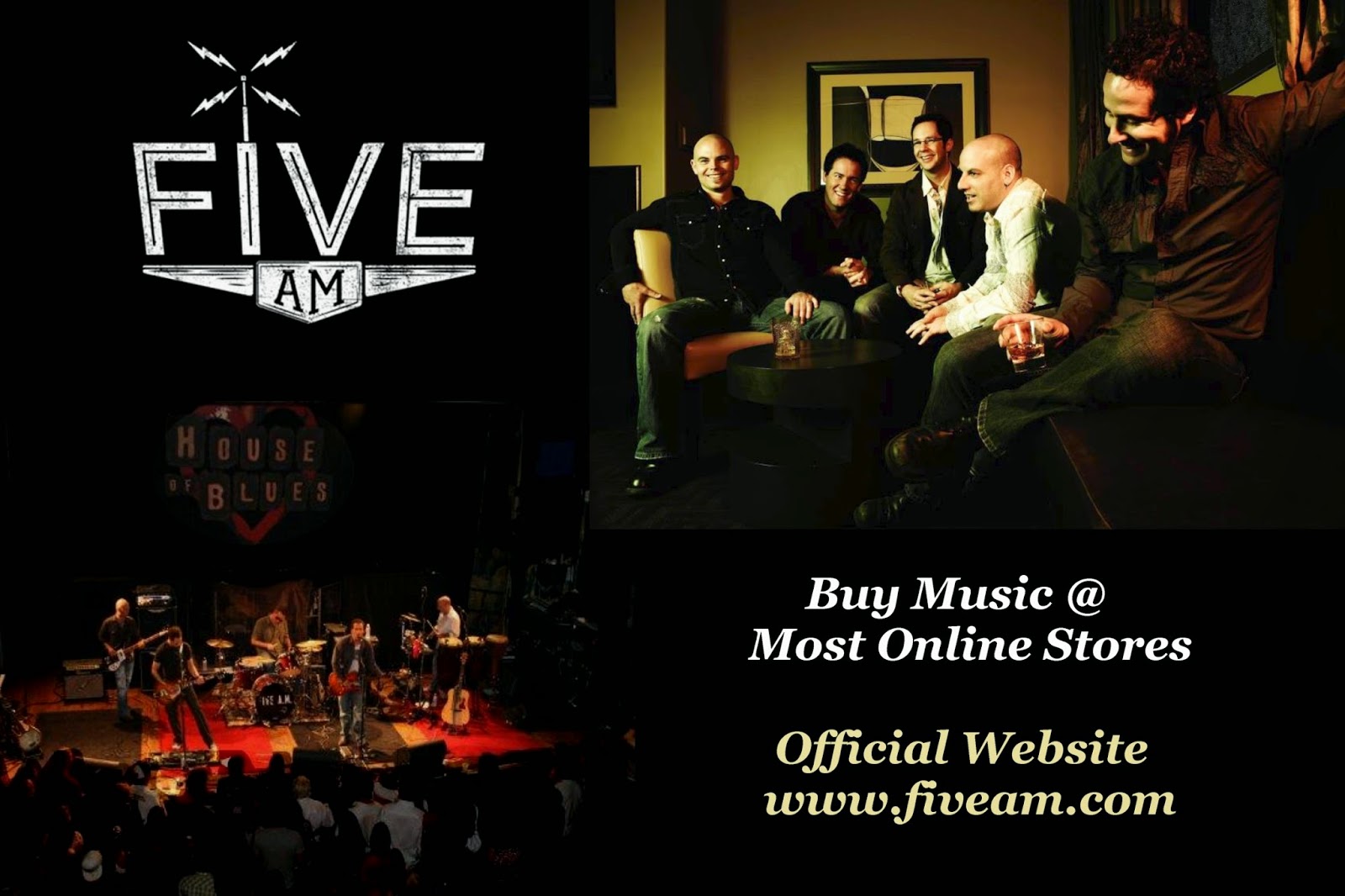 In January 2014 contemporary rock band, Five A.M., traveled to LA to start on their newest album with producer John Fields. The multi-platinum producer has worked with some of the biggest names in the music business from rock bands like Switchfoot, Jimmy Eat World, Lifehouse and Goo Goo Dolls, to chart-dominating pop acts like the Jonas Brothers, Pink and Miley Cyrus. With Fields at the helm, fans will be hearing the best of what Five A.M. has to offer.

The new material and refined sound is augmented with the addition of keyboard extraordinaire Jimmy Donaghy, who has become a permanent fixture as Five A.M.'s 6th member. Jimmy's approach to the songs give Five A.M. a fresh dynamic. Musically influenced by artists such as U2, Matchbox Twenty, Snow Patrol, and Foo Fighters, Five A.M. craft a dynamic, powerful brand of alternative rock that relies on a contrast between anthemic choruses and moody verses.

Five A.M. has an energetic live set ready to move new listeners and long time fans alike. "We love playing shows, we love writing music, we love playing in a band together, this is it- this is why we do It." This energy is apparent at every show, drawing the audience in to share the joy of playing in a rock band. 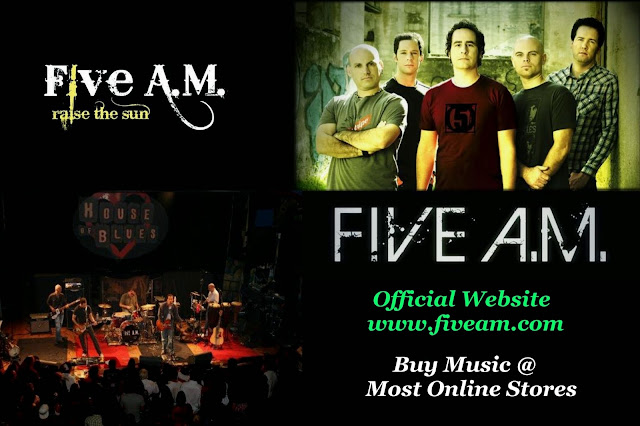