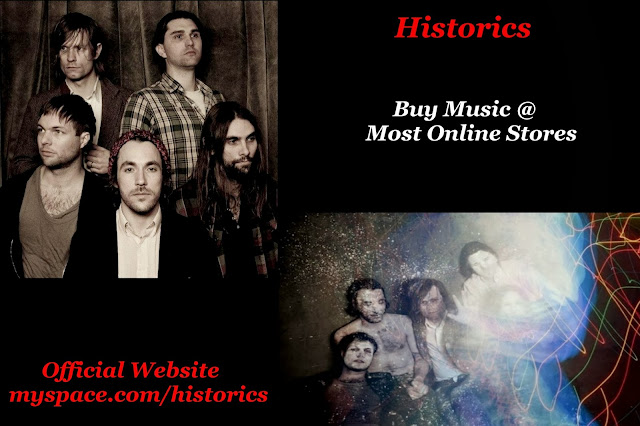 Everyone needs to see some sweat, but there's a fault with where we think we need to see it, due to this hard-wired Protestant work ethic that's still trying to cool things down. It's got us thinking we have to see you sweat before we'll believe you really mean it. But what about divination? What about gliding with the gift? What about finding the faith to believe some people are just tapped conduits channeling this stuff out with Jedi-Mind-Trick ease? This is where Don Devore's deftness is so dope it can have the affect of arching back around the curve of things toward being a disability. 'Cause really, how can you believe this guy isn't behind the scenes sweating it out like the rest of us? I mean, maybe he is, but if so, he does it like the savvy gentleman that doesn't really exist in this age outside of Graham Greene novels; which is to say, if he does it at all, he does it in classy secrecy.

The first time I met Don I played a Thanksgiving Day party he threw at some three-story town house in Central Philly. "Hey man, come down and play a party," was all I got from him first. Upon arrival I found a massive spread with cranberry sauce, stuffing, savory pies from ye olden tymes, weird beers brewed according to Ben Franklin's own personal recipes, a decent p.a. in the living room, a packed house, and not an exclamation point on Don's face. For all I knew, this was just how this guy lived it (except when he mumbled under his breath, "I actually prefer Thomas Jefferson's brewing methods"). Nothing about Don gave the impression that this night was any different than any other; nor that there was even a finger lifted to make it happen; nor that any worlds involving the spectrum of things between oxycodone and lawn croquet (or both together) would seem discordant to either nun or non. No, the dude just channels it and you follow. Always has. I've seen him play in Ink and Dagger with make-up on his face in front of 700 sweaty kids in an industrial suburb of Detroit. I didn't flinch. I've called him up to jam, only to find out he's in Melbourne recording a Souls She Said album for the week. I didn't ask. I've arrived at parties on the Lower East Side at like 11 am to find Don both bartending and DJing whenever he felt moved in either direction. I just accepted the drinks and danced. And whether there are or are not sacks of money following this guy around seems beside the point. Like a proper diviner, it appears like he's operating aside from even that tectonic.

Part of this particular brand of divining is a Gertrude Stein-like craft at curating the ever movable feast -- and that goes for not just Don but everyone in this band. In fact, it was Mickey Madden from L.A.'s Maroon Five that first envisioned how this puzzle should congeal. One might think Mickey’s already being busy with music non-stop would render the dude spent, but it doesn't work like that. When more is really on it always makes more, and if only the goodtimes weren't so fast that we could actually remember how they happened, I'd ask Mickey which cocktail lit the lightbulb that said, "Don, tonight we do not go to that party, we jam with Josh instead", Josh being Joshua Grubb of Austin’s Vietnam. So add to that trio of puppeteers the hard-to-catch wandering myths (that somehow got caught) of Ryan Rapsys from Chicago's Euphone and Dale Jiminez from Philly's Need New Body, and so begins the writing of "Strategies For Apprehension", on both coasts, in studios ranging from the sun soaked Sunset Sound studio number 2 (already made famous many times over by the likes of the Doors, the Beach Boys, and Zep, etc.) to Earl Greyhound's rat-infested Dumbo basement studio in the dead of winter. All the while the studio doors remained perpetually open with a collage of helpful hands and ears that might look like puke if you put all those colors together on one canvas at the same time (I'm sorry did I say punk, I meant puke)-- you just have to accept that these things happen casually, don't ask how, I tried. You stop asking when Don tells you he hooked the track up with Kool Keith at a chance encounter at Sundance when Kool Keith was transitioning between his Black Elvis and Black Warhol stages. Word dude, word.

Anyhow, it's also beside the point for Historics -- and this is where this sort of channeling bends all the way over the curve to a disability. Historics are not Rasputin-like augurs working to bed the queen and topple the empire (I mean, maybe that too, but first), they just wanna make perfect sounds and when the bliss is this guided no one will or can say no to the pursuit thereof. But listen, now I'm just looking to write this bio for reasons that may be obvious to you and me -- to convince people that they must, must, go forth and seek "Strategies For Apprehension" -- but this is not so obvious to Don. When I tried getting out of him what I deemed to be the proper info I intended to use to pique your interest, he instead took me through the entire album track by track describing where aerosol spray cans were used in place of a hi-hats, or how fat fingers hit heavily on a floor tom with a blown out mic sound like thunder, or why at some points it's necessary to run to Radio Shack and just buy the cheapest mic you can find. Dude, girls don't care about that stuff. There's a cover of Queen's "She Makes Me (Stormtrooper in Stilettos)" on this album along with a cover of Sub Society's "A Lot Less" and they flow with the spectrum of pure Historics surrounding them like they were always just there, you don't ask how. You just sweat it 'cause it seems like it always was, like these songs were already here and just needed to be tapped. There's sweat here yeah; it's yours though, not Historics'.

It was ..Mickey Madden.. from L.A.'s ..Maroon Five.. that first envisioned how this puzzle should congeal. If I had to ask somebody, I'd ask Mickey which cocktail lit the light bulb that said, "Don, tonight we don't go to that party, we jam with Josh instead." .... Josh being ..Joshua Grubb.. of Austin’s ..VietNam... And it was hardly long before the enlistment of ..Don Devore.., a savvy gentleman with class in the style of Graham Greene novels (I've arrived at parties on the Lower East Side at like 11 am to find Don both bartending and DJing whenever he felt moved in either direction). Add to that puppeteers like ..Ryan Rapsys.. from Chicago's ..Euphone.. and ..Dale Jiminez.. from Philly's ..Need New Body.., record an album, on both coasts, in studios ranging from the sun soaked ..Sunset Sound Studio Number 2.. (made famous by the likes of the Doors, the Beach Boys, and Zep, etc.) to more sordid locales like ..Earl Greyhound's.. rat-infested Dumbo basement studio in the dead of winter, and with a stew like that in mind, you stop asking when Don tells you the band's hooked up a on track with ..Kool Keith... Word dude, word. .... ..Historics.. are not Rasputin - like augurs working to bed the queen and topple the empire; the bliss is this guided, no one will or can say no to the pursuit thereof.