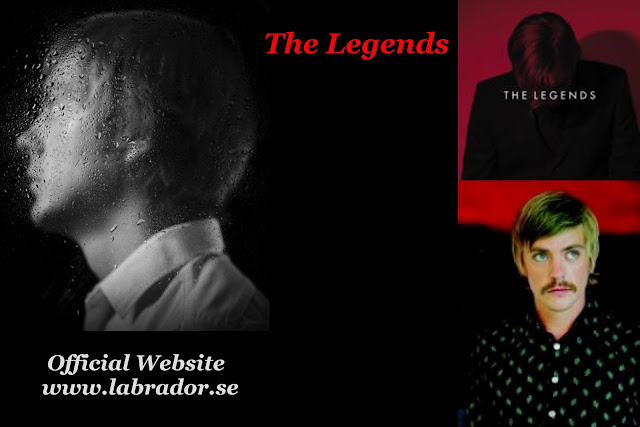 The Legends are one of several indie pop projects masterminded by Swedish producer/musician Johan Angergard, whose other bands include the Acid House Kings (the group for whom he is best known) and Club 8. Initially conceived as a fuzzy, gutsy indie pop act (something like a rougher, fierier version of the Acid House Kings), the group made its live debut in 2003 as an opening act for the Radio Dept. Their first EP, There and Back Again, was released on Labrador one year later, and was quickly followed up by the full-length Up Against the Legends. Angergård took the Legends in a new direction for their sophomore effort; 2005's Public Radio found the Legends dipping into a reverb-swathed sound modeled after post-punk acts like the Cure and New Order. Facts and Figures, the Legends' third full-length, found their sound shifting yet again, this time in favor of a chic, danceable sound that nodded to acts like Kraftwerk and Daft Punk as well as the breezy indie pop sensibilities characteristic of Angergård's other projects. Released in 2009, Over and Over found the group employing a host of styles and sounds, referencing everything from '60s girl groups to angular noise rock.

The Legends was formed in January 2003 and the week after, a gig was booked, supporting “The Radio Dept” in Stockholm. It was one of several indie pop projects masterminded by Swedish producer/musician Johan Angergård (his other bands include the Acid House Kings and Club 8). As the band basically lacked songs and members, the first two weeks were spent writing songs and gathering friends who could play, or wanted to play, in the band. Many of the nine members who played live with Johan had never played their instruments before, which just added excitement to their short and intensive gigs.

According to the Legends, in the early days the band played music that couldn’t be placed in a genre, but were still happy to agree on Television Personalities, Comet Gain, Motown and C-86 as inspiration.

"When they write their best up-tempo songs, time stands still. Handclap, sing-a-long choruses and clattering guitars, soul", The Cricket wrote. And most people seemed to agree!

The Legends were said at the start to be a band consisting of nine members who played drums, guitars, tambourine, organ, bass and vocals. In hindsight we are told that it was in fact only when playing live that they were nine. In fact, when you listen to the Legends the only one you can hear is Johan Angergård playing different instruments and singing. Johan explains: "When I start recording an album I have a very clear idea of what I want to do and by doing everything myself the album comes out exactly the way I want it to. Involving other people might only blur the vision."

The first EP, “There And Back Again”, was released on Labrador one year after their live debut, and was quickly followed up by the hyped amazing full-length debut, “Up Against the Legends” in December 2003.

Johan thereafter took the Legends in a new direction for the sophomore effort, “Public Radio”, released in September 2005. This album found the Legends dipping into a reverb-swathed sound and the best from post-punk acts such as New Order and The Cure, turning it into something utterly wonderful, futuristic and new.

“Facts and Figures”, the Legends' third full-length album, found their sound shifting yet again, this time in favor of a chic, danceable sound combining it with the breezy indie pop sound. Released in May 2008, “Over and Over” found the Legends employing a host of styles and sounds, referencing everything from '60s girl groups to angular noise rock.