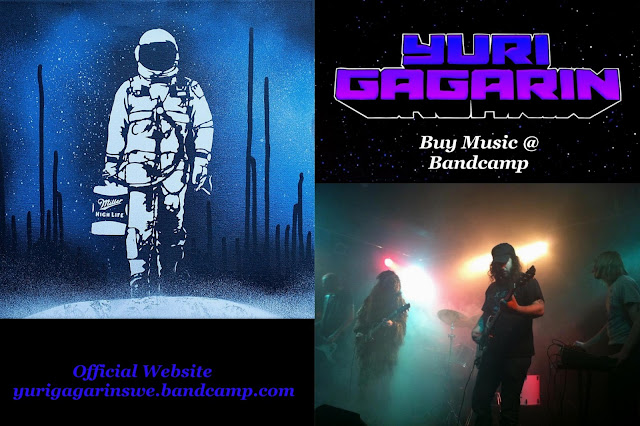 Yuri Gagarin are a Progressive, Psychedelic Rock band from Gothenburg Sweden that formed in 2012. The bands music blends several genres into one driving force that has garnered them a wide fan appeal across the shoegaze, psychedelic rock, progressive rock and heavy rock circles.

Their self titled debut album “Yuri Gagarin” was released in 2013 and received high praise by their fans. September 25th, 2015 saw the release of a two song EP titled “Sea of Dust” and it didn’t disappoint either, as their fans have heaped much praise on this solid emerging band from Northern Europe.

Yuri Gagarin’s music will remind seasoned fans of the 70’s iconic trend-setting group “Hawkwind” with their space driving progressive psychedelic driving sounds. Have a listen and catch the wave!