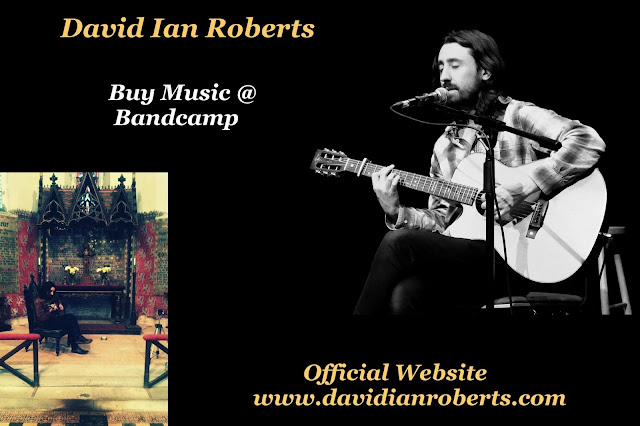 David Roberts is a guitarist and singer-songwriter from Herefordshire, now based in Cardiff. He released his debut album 'St Clears' in late 2014.
www.davidroberts-stclears.com

While his recordings also make use of larger and more elaborate arrangements, Roberts' live solo performance is a chance to see the unique voice and intricate guitar playing that are at the centre of his music.

Alex Gallagher, FolkRadioUK “The name David Roberts may well be new to many of you although with the release of his new album St Clears that will change'

Michael Kennedy, Welsh Connections "David's delicate vocals seem to float over the intricate melodies and the effect is quite mesmerising... "a classic collection of finely written and executed songs. This album surely puts David Roberts at the forefront of contemporary singer-songwriters in Wales.”

Mike Ainscoe, Fatea Records - ‘It almost feels like Roberts is delivering an invocation”

“An excellent live performer, exuding calmness and serenity and able to hold the attention of a large crowd. Clubs take note - David Roberts is currently "a hidden treasure" yet I doubt he will remain so“