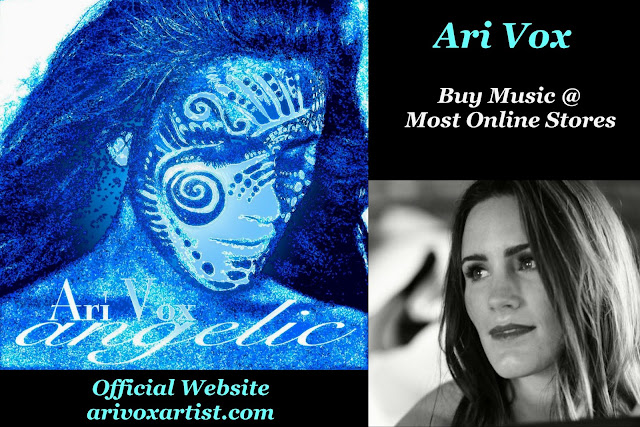 
"Heart. Soul. Talent. Intelligence. Beauty. Rarely do these characteristics present themselves in a single human being. For Ari Vox, an artist with the depth and magnitude of the greats, being exceptional has been the norm.

Her voice, which she considers her true gift, genetically stems from her grandmother, Audrey Von Bergman, who was considered a child prodigy in opera and was signed to Universal as a young adult. Through over 20 years of careful and passionate private practice, Ari has honed her raw skill to the sounds of Led Zeppelin, Alicia Keys, Joni Mitchell, Paula Cole, and Aretha Franklin, creating a one-of a-kind sound that honors the emotional and expressive needs of her soul. Without a doubt, her heart lies deepest with the vocal arts and their innate capacity to heal and blossom the lives of others. Yet, all art has the ability to alter the individual and world for the best, which is why Ari has delved into so many different facets of her creativity.

Painting provides a solitary and silent form of expression that nurtures her introspective nature. Picking up the brush for the first time at age 17, when her father gave Ari her first set of paints, she immediately felt at home. Her psychedelic and truly original artwork is an open book to her subconscious mind, playing heavily with color and placing no restraints on design. A place of freedom, her canvases yield abstractions, which daunt, and challenge the viewer’s imagination.

The pen has gripped her since she was a child, having written her first poem at the age of nine. So personal are her pieces that only upon reaching the confident, and less-apologetic, realm of adulthood, did she more openly offer up her poetry to others. This has manifested itself most in the form of songwriting, an art she learned when meeting her husband, Grant Gorman, also an exceptionally gifted artist and mind. She feels that songwriting, poetry, and journaling all provide the therapeutic tools needed to help survive the painful times that life can bring. “Making something beautiful from something tragic,” she says, “can help give an otherwise intolerable experience a meaningful lesson.”

Although, there are many art forms that Ari is at play with, the above three she is most dedicated to. Others that she wonders into on occasion include photography, acting, dance, interior design, modeling and cooking.

Ari’s intellectual gifts rely heavily on philosophy. Not so much a mind for memorization, but for ideas, and problem solving, Ari delights in pondering the BIG questions of our time, and finds that although there are not always finite answers, there is always knowledge and strength to be gained from intense inward thought or challenging conversation.


She credits her strong mind to many playful yet argumentative and serious life discussions with her father, and to her BA in Philosophy from the University of California Santa Barbara. After graduating and receiving Dean’s Honors her final year at UC, Ari went on to pursue a Graduate degree in Counseling at Pacifica Graduate Institute, stopping only to start a career in music and Axyal Node LLC, record label and publishing company, with her husband.

A nurturer and caregiver by nature, and owner to a dangerously patient and forgiving heart, there is no soul that she doesn’t long to reach out to. A natural leader as well, Ari takes every opportunity life presents her with to lead by the best example possible, and truly be the change she wishes to see in the world.

She feels her stable and loving upbringing, and her experiences in athletics, prepared her to be the leader she is today. After four years of high school Water Polo, winning three league championships and one CIF Championship, Ari went on to play for UC Santa Barbara under partial scholarship where she was co-captain for one year, an honor chosen by her teammates.
Ultimately, there are no limits to what this young woman of 27 can do.

Ari would like to thank her family for all their loving support and their many talents that have helped her along the way. Ari watched her mother and gifted make-up artist, experiment with color since she was a tiny tot, and loves and uses her new make-up line, lisa clark cosmetics. A beautiful woman of style, Ari learned the meaning of elegance and grace from her mother, and how to artfully create a home. Ari’s father is a premier Los Angeles Architect recently credited by Malibu Magazine for, “Restoring California’s architectural roots one masterpiece at a time.” He is one of the last architects left to hand draw all of his exquisite plans and renderings, maintaining a near lost art since the dawn of Computer Automated Design (CAD). He is also a hard rock drummer with serious chops, and before starting his current career circuited LA clubs with various reputable bands. Ari’s brother has inhuman capabilities with rhythm and executes them well as a vocalist/rapper and drummer. He is also an artist with pen and ink that continues to explore the depth and capabilities of his talent with impressive results. Love of family is a high priority in Ari's life. 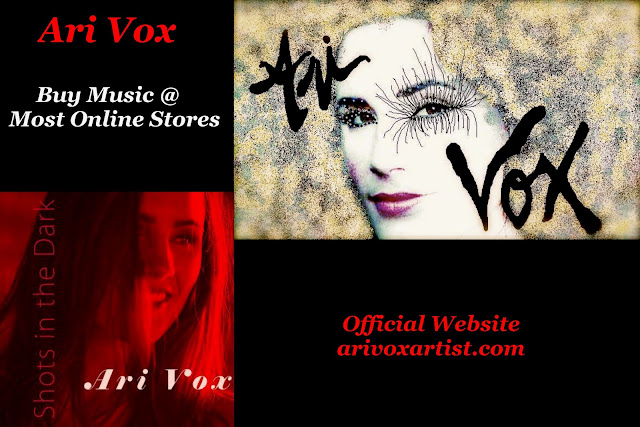