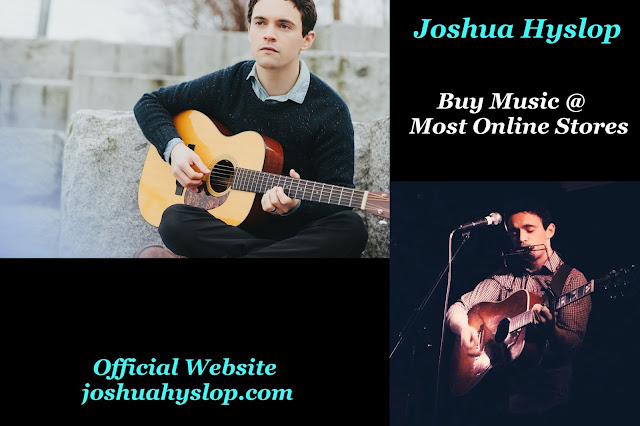 Joshua is a modern folk musician from Abbotsford, British Columbia, Canada, an amalgam of influence in the classically romantic tradition of Damien Rice, Ryan Adams, Iron and Wine, and Sufjan Stevens. Like the said ballyhooed folksters before him, Joshua is inspired to write largely as a result of the people and relationships surrounding him, while also subjecting his songs to his own vulnerabilities, doubts, and conflicts. He integrates these revelations with his agenda of lyrical candidness, creating an expressive and open artform.

With all of Joshua's ability and potential, what really sets him apart is his faultless ability in the live venue. Josh will silence the crowd with his soft and consistently pitch perfect vocal control while and draw the audience towards his unmistaken aura for being one of the good guys. Considering the idiosyncratic confluence of ability he boasts, it is fair to say that Joshua spins a web of charm that makes him inimitably great.

Josh is signed with Nettwerk Records

Every songwriter finds his or her own way to summon the muse. Some lock themselves away in a bedroom, a hotel suite, or a studio and wait for inspiration to strike. Others deliberately choose, in the words of Robert Frost, a road "less travelled by." Joshua Hyslop took the latter route on his way to Where The Mountain Meets The Valley, the debut album by the 24-year old Vancouver native. And it did, indeed, make all the difference.

Hyslop's first forays into songwriting were the result of an unhappy accident of sorts: at the age of 15, he moved with his family to Scotland, where he had difficulty transitioning. "I went from attending a school with 90 students to a public school with something like 1200," he recounts. "And I just had a tough time dealing with that. My first year there, I got in a lot of fights. So, I picked up a guitar that my dad had been given and just kind of locked myself in my room for hours and hours. I wasn't the kind of kid who was in love with music and I hadn't really ever sung in public. I listened mostly to what my mom had…Simon & Garfunkel, Cat Stevens. That's how I got started."

There are still echoes of classic folk in the spare, pastoral beauty of Hyslop's acoustic guitar-based soundscapes, and in his intimate, softly-sung delivery on the album's opening track, "Do Not Let Me Go," a deeply felt confessional that resonates with the power of a personal prayer. Indeed, in a move that even Hyslop felt was a bit risky, he recorded his own bare-bones version of the Dylan classic "Shelter From the Storm" for Where The Mountain Meets The Valley. "I was hesitant at first," he admits. "But when you think back to the early days of Dylan, everyone was covering everyone else's songs and it was taken as a complement. So, yeah, I'm nervous that there are going to be people who have a problem with it. But I did my best to do the song in my own style. It was either a brave or very stupid thing to do," he acknowledges with a knowing laugh.

As Hyslop's interest in songwriting broadened, so did his musical vistas. When he was 17, he discovered Damien Rice, Ryan Adams, Iron & Wine.  At which point, he began to develop his own take on a kind of rootsy indie-folk. "I've always been drawn to the lyrics and the sound of an acoustic guitar," he explains. "I really like the austerity of one person on the guitar with a simple accompaniment."

That may have been the starting point for Where The Mountain Meets The Valley, but with the addition of strings, piano, mandolin and drums, much of the album Hyslop lands squarely in the heart what might best be described as artful rendered Americana. Yet, he wasn't in the heartland of America — or his native Canada, for that matter — but halfway around the world in a desolate part of Northern India that Hyslop eventually stumbled upon the primary inspiration for the album. He was in the midst of recording his debut EP, 2011's formative Cold Wind, when wanderlust struck, and he left home for what he hoped would be an enlightening four-and-a-half month trip to the Far East, his very own road less travelled. But the journey took an inauspicious turn early on: abandoned for three days in a desert bordering Pakistan with no food or water followed by a rather complicated twist of fate, Hyslop would endure two near-death experiences that not only tested him physically, but emotionally and spiritually, as well.

As Hyslop recounts, the wrenching yet redemptive lyrics to "Do Not Let Me Go" — lines like "There are moments in this life when you can't fake it/There are moments I would walk another road/There was something in the broken way you said it/Singing 'Please, oh God, do not let me go'" — came to him when awoke in a strange hotel room after passing out from dehydration, discovered unconscious on a random street. "I just laid there and felt the worst I've ever felt in my life," he details. "Some people would call it a prayer, some people would just say it's speaking out loud or whatever. But I was basically lying there and the words in that song are words that I was speaking. Like, when you're almost dead, or you feel like you're dying, or someone tells you that you came close to dying, your real character shines through and it makes you see things in a very honest way. There's no false humility and none of the aspects of the personas we wear day-to-day. It's just, 'this is who I am, and this is what's happening.' So that song is my little journal entry saying 'please do not let me die, I'm scared, I don't know what's going on, I'm alone in a country I’ve never been to, and I don't know what else to say.'"

Hyslop persevered and, four months later, returned home with a new perspective on life. He also had the raw material for the eleven songs that would become Where The Mountain Meets The Valley, including a poetically meditative title track that captures the essence of what it's like to see life through fresh eyes at the young age of 24. "When all that you have hoped for/And all that you have loved, comes undone" Hyslop croons against a melancholy backdrop of fingerpicked guitar, simple piano chords, elegant violin, and a surging backbeat, "When faith in what you see is not enough/Don't say that you believe, but do no love."

"I live in a valley surrounded by mountains," he explains. "It's beautiful. But it also became a metaphor for the highs and lows of my own life, and how dramatic they can be. In the last year, I've been close to death twice, I've lost 45 pounds, I've been very very low, the worst I've ever been. But, at the same time, I got signed to a record label and I got to travel the world; I saw things that I'd never get to see normally.  So, it's been an incredibly up year and an incredibly down year. And that's really the dynamics of life.”

A young man in his early 20s, yet wise beyond his years, Hyslop sums it up best, “it's so easy to waste time and we don't even stop to notice it. And time really is this silent killer. You hope that you're using it wisely and always wondering whether you could have done more."﻿