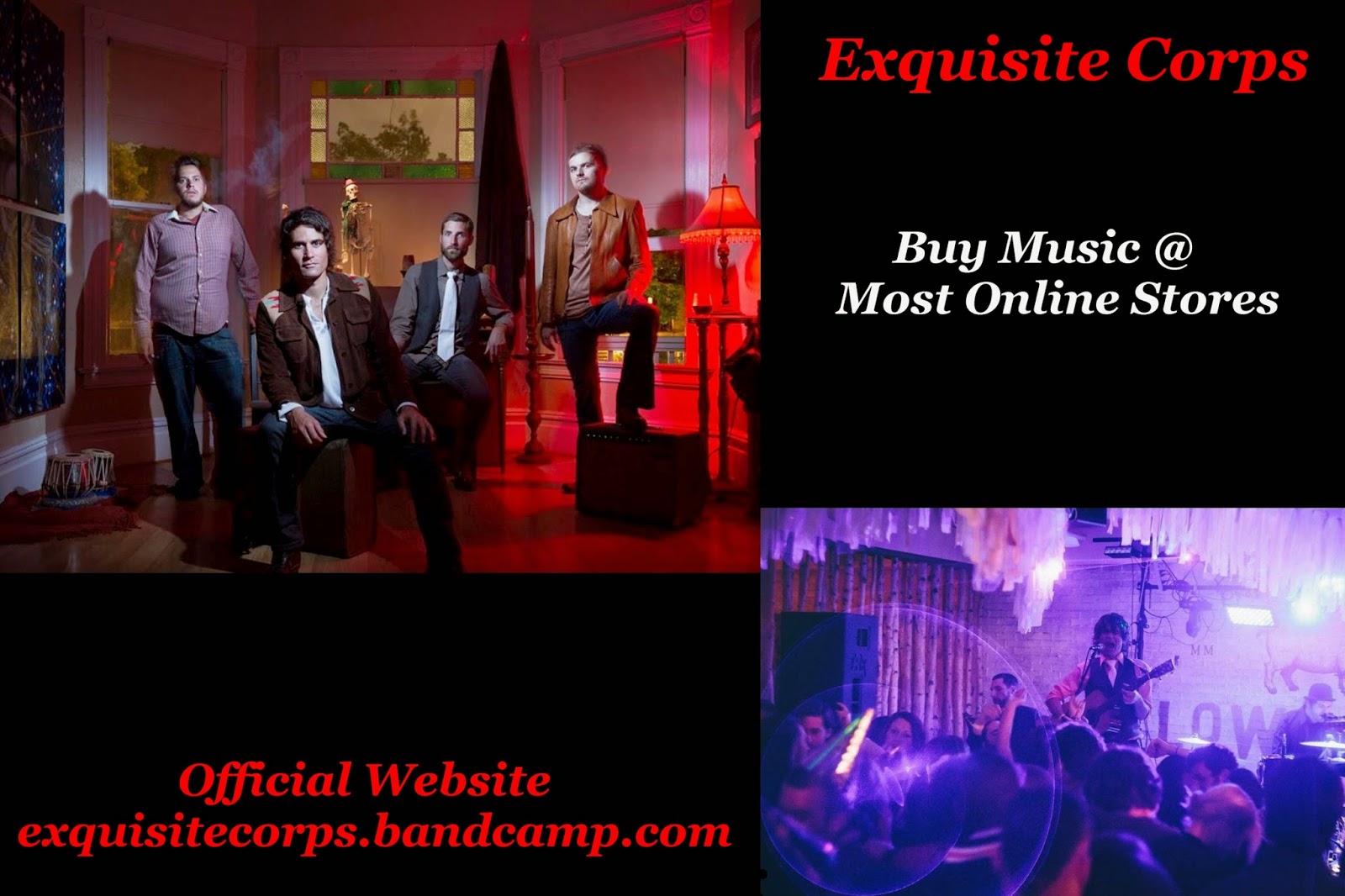 
In typical rock’n’roll fashion, Exquisite Corps emerged from a downtown alley garage in the spring of 2011. Beginning as a sextet, they have since proved to be anything but a typical band. With an original vision encompassing the lush power of a live string trio (cello & two violins) melded with the rhythmic density of an indie rock trio (guitar, bass & drums) the band was the perfect marriage of classic and modern. The summer of 2012 saw the release of their eponymous debut album to great reviews from blogs and print (PureVolume, the Daily Unsigned, Submerge Magazine). Steeped in the interplay of weaving string arrangements and soaring vocals, the record took the listener on a ride from intimate balladry to intense orchestral explosions backed by Zeppelin-esque drums and bass.


On the heels of their first release, the band took a grassroots approach to touring. Consistent travel up and down the West Coast landed them in great venues such as Bottom of the Hill (SF), House of Blues Sunset Strip (LA), Hotel Cafe (LA), and even selling out alternative venues like Sacramento’s Crocker Art Museum Auditorium. Support slots for !!! (chk chk chk) and Sub Pop’s Helio Sequence gave way to performances at such festivals as Lightning in a Bottle and Launch Fest sharing the bill with Blonde Redhead, Imagine Dragons, Moby, Phantogram, and Little Dragon.


In 2013, the extended stints on the road forced a more pragmatic approach to the live line-up. With the ever waning ability for most of the string section to accompany the band out of town, the composed lushness of the band’s previous material morphed into a more visceral and rhythmic approach. The loss of the strings invited the addition of an organ/keyboard player to fill in the sound. The transformation from whimsical chamber rock group to full-fledged eclectic psych-art-rock band was under way as Exquisite Corps went back into the studio to record their sophomore record.


The second album “Vignettes” was released on Sept 16, 2014 with the core line-up: Bryan Valenzuela on vocals and guitars, Robby Dean on drums and vocals, & Nathan Webb on bass. As a trio, these hard-working musicians have perfected their songwriting craft and honed their friendship, playing with each other intermittently since they were teenagers. They are joined by a rotating cast of amazing talent including Adam Rice on organ/keyboards and occasionally Kristin Arnold and Reylynn Goessling on violins.