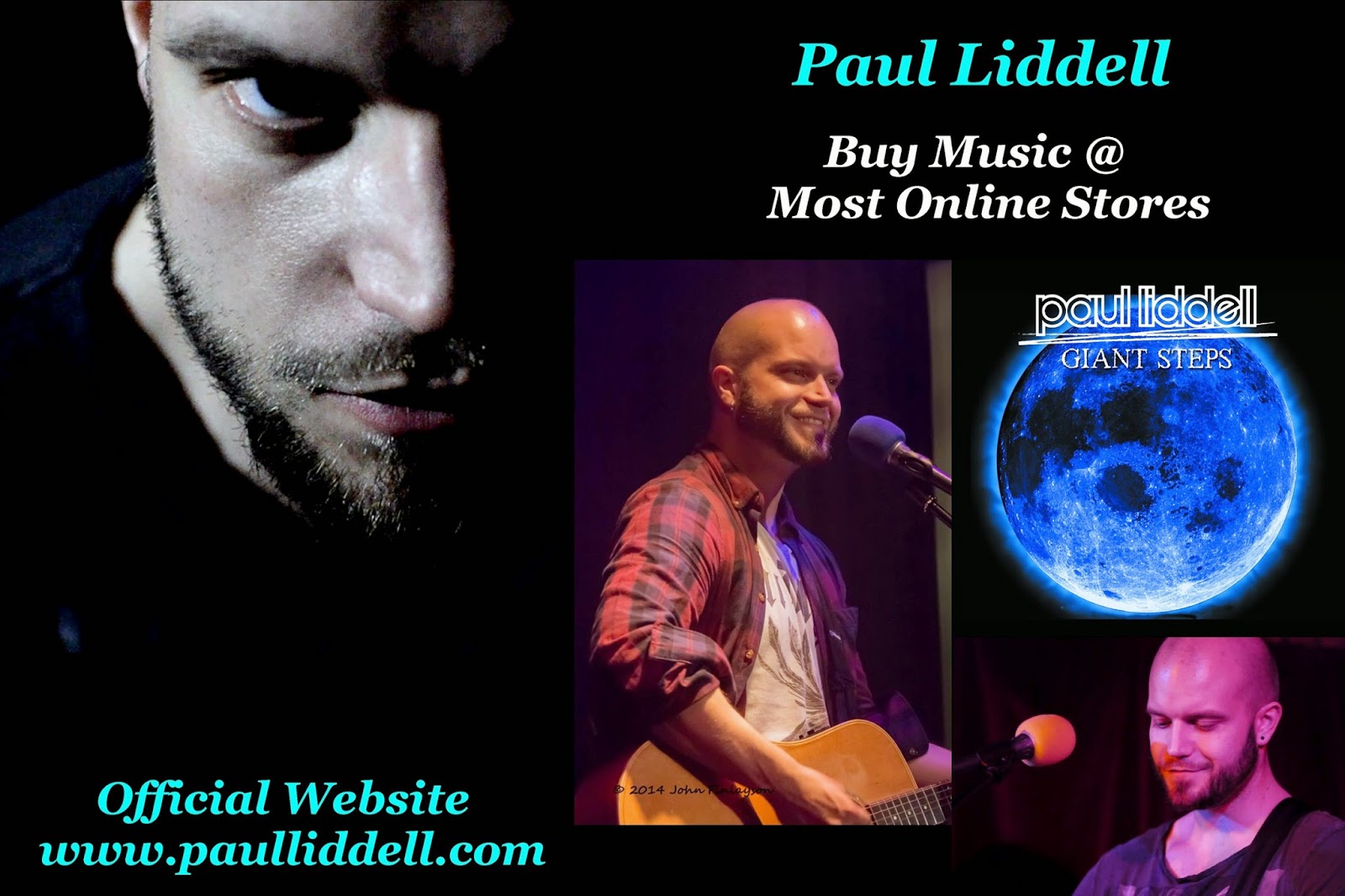 Paul Liddell is a working musician/singer/songwriter/recording artist based by the sea in the North East of England.

Paul is an experienced live performer with an unstoppable work ethic, clocking up on average 20 gigs a month both solo and with his band ‘Delphians’. Live, his singularly unique voice and unpretentious delivery combine with the use of live sampling, guitar percussion and layered vocal harmonies to provide a great platform for his wonderful songs to shine. Paul has toured in America, whipping up a storm in several little coffee houses across California. While there he performed on a TV show filmed in Time Warner studios in Hollywood, and got his song ‘Brighter Lights’ placed on a nationally distributed and TV advertised folk compilation CD.

Other live highlights include a show-stopping performance on the main stage at the Beverley Folk Festival, and a memorable show at the Piperine Free Festival in Milan. Other artists Paul has shared billing with include Billy Bragg, Turin Brakes, Beth Rowley, Glenn Tilbrook (Squeeze), Karine Polwart, Polly Paulusma, Calvin Harris, Nick Harper, Nerina Pallot, and Florence And The Machine.

Other notable achievements include making it through to the final 10 of Q Magazine’s Glastonbury competition, being named as the hardest working, most gigging songwriter of 2009 by the PRS, and selling over 3000 albums and EPs solely at live performances.
Paul is currently unsigned and unrepresented, building a cottage industry into something more in a purely independent, DIY fashion.

Paul is a smooth and capable guitarist, and his low-key vocals tackle social injustice and media corruption with wry compassion. The vivid splashes of grungy electric riffage that punctuate this album add welcome force to this sharply etched portrait of life in modern Britain – GUITARIST MAGAZINE

“Milestones And Motorways” is a real troubadour album, one that throws life and experiences right back at you, ready to challenge your thought processes and move on. Politics both personal and global aren’t shied away from, Liddell is not about to sell himself and his listeners short by compromising yet still contrasts his aggression with recocilliation – FATEA MAGAZINE

An artist in the bloom of their creativity – FOLKING.COM

Milestones and Motorways is a very upbeat, acoustic self journey with a twist of pop. High energy tunes like Kill-O-Gram seem to lead the way for mellow finger picking and political views. This reminds me a little of The John Butler Trio. I can’t wait to see Paul Liddell live! 10/10 – FOLK, BLUES AND BEYOND

Liddell’s guitar playing is extraordinary throughout this set as he employs percussive, hammer-on, slide, and a wide array of finger-picking techniques most reminiscent of Lindsay Buckingham — a master of melding pop melodies and flash. This record has the potential to break Liddell into the mainstream — that is, if the masses can turn off American Idol, X-Factor or The Voice and pay attention to a bona-fide, honest artist! – MINOR 7TH

The album is bejewelled with glittering nuggets with the shiniest being the cutting wit of ‘Game Show Host’ and ‘Kill-O-Gram’, the lilting ‘Footprints’ (very Seth Lakeman) nagging riff of ‘Trash’, gorgeous ‘Peace of Mind’ and deceptively simple but memorable closer ‘Red Apple’ – ALLGIGS.CO.UK

Lyrically, the songs come armed with a social and political conscience (bankers, the media, Catholicism, instant gratification culture,) as well as exploring self-doubt and the human condition….. capable of sharp observations and on the lovely Footprints with its ‘walking in circles footprint wheels’ line, unbridled romanticism. – NETRHYTHMS

With eleven original songs, Paul makes no effort to disguise his roots on each of the songs, with his distinct North Eastern accent clearly audible, which brings to those songs a particular identity. With a clear guitar sound the album opens with the stylish A Means to an End, displaying his fine command over song structure and arrangement. – NORTHERN SKY MAGAZINE

The days of the singer songwriter will no doubt re-emerge, and when it does there’s some very talented artists out there. Paul Liddell counts amongst those and Milestones and Motorways – his third album – is packed with some excellent playing (A Means To An End opens the set in an explosive Rodrigo y Gabriela style) – strong song writing, and some fine hooks. And it’s good to see him not attempting to disguise his North East roots in his singing style. More power to his elbow.  – GET READY TO ROCK

A surprisingly strong set of songs from a talented songwriter who proves that the independent, DIY spirit is alive and kicking – WHISPERIN AND HOLLERIN

Echoes of classic prog rock and folk rock – think ‘Yes’, ‘John Martin’ ‘Fairport Convention’ that sort of sound… Paul Liddell on this album avoids all of the pitfalls that performers in the genre usually fall into. A refreshing and highly recommended album and is a worthy record of the month. – RECORD OF THE MONTH – LIVE BLUES