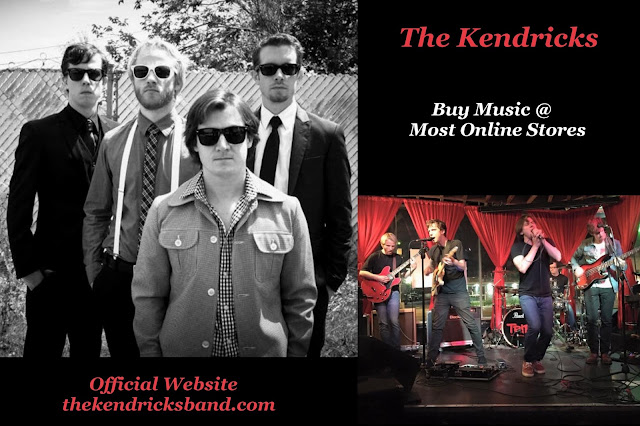 The Kendricks are a Los Angeles based indie-rock band. Throughout 2014 they developed their sound playing live shows throughout Los Angeles and in the fall, they took time off to record the songs they had been working on. The sessions led to two EPs. The debut EP “Farewell” is now available.

Drawn from classic, folk, pop, and alternative rock influences, their EP “Farewell” is a self-produced romp, chock-full of odes to failed relationships and the crisis of human will, seasoned with oblique references to the laws of thermodynamics and the Spanish Civil War.

The foundation for “Farewell” was laid down in two weeks at a house on a hill in the Temecula Valley, or as google calls it, "Tem-eh-cool-la." In between sessions, the band enjoyed rich apportionments of cervezas and carnitas while hitting golfballs into the desert vineyards. At night, they would recline and reflect upon the infinite stars, listening to the mournful music of the California garbage wolf, called by some, the coyote.

Just like their souls, the Kendricks' sound is suffused with the lineal blood of rock' n roll from across the generations. They have many inspirations, such as Tom Petty and the Heartbreakers, The Strokes, and Bowie.