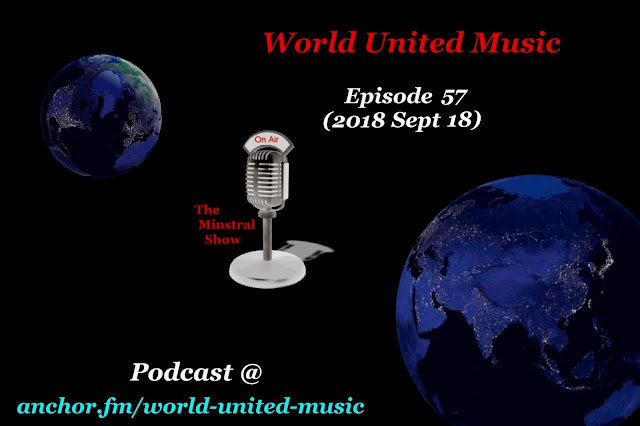 Phoebe Bridgers opens the first set with “Funeral” taken from her 2017 album “Stranger in the Alps”.

Funeral is a very emotive and powerful song about a teen having to deal with the reality of death while also dealing with her own depression. The lyrics are real and connect on a level that most of can identify with…Truly, A very hard hitting song of life that breaks down the emotional defenses due to its realism and shared experience.

Kane Miller from Lakefield, Ontario, Canada follows with his Aug 31st 2018 single “All We Need”. A light acoustic song with harmonic vocal blends that express the deep feelings of trying to hold onto a relationship that is drifting in a different direction. A song that would have no problem fitting in with Jim Croce and James Taylor. Big thumbs up to Kane Miller.

Peter Case follows with “Ain’t Gonna Worry No More” taken from his 2007 album “Let Us All Praise Sleepy John”. “Ain’t Gonna Worry No More” brings visualization and understanding to a time in history seen through the eyes of the artist as life and events are conveyed through exceptional lyrics and a comforting acoustic safety blanket…a truth tellers tune that engages the listener from the first note…one can almost see the engaged audience silently reflecting around a camp fire…

JD McPherson closes the set with “Precious” taken from his 2015 Album “Let the Good Times Roll”. A song about love and the overwhelming grace of its healing powers. The Magic of “The Platters”, “Sam Cooke” and “The Drifters” come racing back, when I hear this amazing retro 50’s song. It is powerful tune that’s soulfully engaging…it’s hard not to sing along to a song as good as this.

And so, a set of very real and emotionally impacting music coming at you, on the Minstral show.

David Bowie opens the second set with “Lazarus” taken from his January 2016 album “Black Star”. I have to admit, I grieved for 3 days after David Bowie passed away and like all his fans, I never knew the pain that he went through as a Star which he revealed through the videos he made for the album…”Lazarus” in particular shows us what was going through David Bowie’s mind before he died. He was a creative genius right up to his death as the Video for the song attests. Simply brilliant and sobering at the same time.

Roger Waters follows with three songs from his 2017 album “Is this the Life We Really Want”. I believe the songs are meant to be played together starting with “Wait for Her”, then “Oceans Apart” and ending with “Part of Me Died” The songs are poetically expressive and telling of a persons respect for life and then the grief and anger one feels at a world gone insane forgetting its commitment to morality where one cannot go back to sleep once awake to the lies that were sold by evil beings. Roger Waters is a true artist and poet with a voice for the voiceless…

Marqui Adora closes the set with “Away” taken from their 2006 album “White Buildings”.

“Away” Seeks to find an answer or a way to end the dark clouds that hang over us when facing difficult times…we call out to consciousness to help us.

And so, David Bowie, Roger Waters and Marqui Adora help us to connect the dots in what really matters, on the Minstral show.

Continuing on the theme from the last set, David Crosby opens the final set with “Dangerous Night” taken from his 2014 album “Croz”. We truly live in dangerous times with a world turned upside down for profit and so “Dangerous Night” expresses our collective thoughts, anguish and worries on the issues we face when seeing the nightmares we have awakened to.

John Lodge follows with “Get Me Out of Here” taken from his 2017 live album “The 10,000 light years Tour”. The song is about being aware of loosing love while facing ones fears in an uncertain future. An excellent solo effort by the Moody Blues icon John Lodge. Incidentally, John is touring North America in October 2018 so be sure to check out his website for more details.

The king of rockin blues, Joe Bonamassa follows with the title track to his Sept 2018 album “Redemption”. Joe’s new album is truly one of his finest to date and that’s, saying a lot. If you subscribe to his website and youtube channel, you’ll be privy to lot’s of great music in what is a good solid active music channel.

About the song, well, Many of us have been there, Down and out and looking for redemption. An excellent rockin blues tune by the master, Joe Bonamassa.

Great Lake swimmers close the set with “Visions of a Different World” taken from their Sept. 03rd 2018 album “The Waves, The Wake”. Anthony Dekker creates a harmonic vocal masterpiece to express his vision and hope for a different world”. A very soothing song done without instruments…when we listen to the universe, empathic melodic thoughts form in harmony to gently touch the soul…and bring peace of mind…that is “Visions of a Different World”.

And So, As we pass through Dangerous Nights, get me out of here to find Redemption and Visions of a Different World, on the Minstral Show. See you next week everybody.