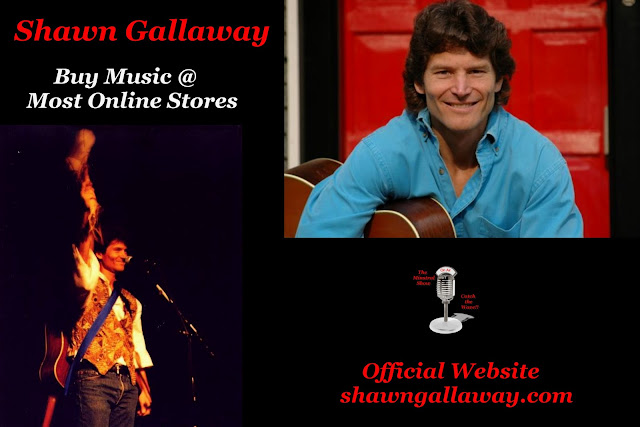 
Shawn Gallaway is a singer/songwriter, visual artist, author, ceremonial healer, workshop facilitator, Energy Worker and Certified Lifeline Practitioner. He has traveled throughout the world sharing his message of Healing Through the Arts, and branding Conscious Music, which is music with a purpose — to awaken the collective heart of humanity to Love! His I Choose Love song and global movement continues to encircle the world over, igniting the hearts of people everywhere to consciously move with Love each day in their relationships, actions, words, and commitments.


As a workshop facilitator and a ceremonial healer, Shawn has assisted and blessed many over the years with his keen insight and his ability to bring a sense of humor to the healing process. He has also stepped into the role of a screenwriter, combining all his gifts into a multimedia theater production and film called The Choice. The Choice chronicles the healing journey of eight brave men and women who, together, choose Love and walk the path of the Heart, transforming their fears into love in service to humanity and the earth. The Choice can best be described as a healing experience that can enlighten and inspire the masses into loving action in the world through the use of the arts.


To date Shawn has four CDs, two DVDs and a screenplay to his credit. His I Choose Love Book and CD follows the soul’s healing journey through pain, confusion and struggle to emerge into the freedom of self-awareness, purpose, compassion, joy, and connection. The book includes songs, stories, photographs and a series of original paintings that chronicle Shawn’s own journey back to peace. His visual art has also been shown in galleries through out the United States and abroad. Shawn’s I Choose Love DVD is a heart stirring music video with both images and Mary Beth Haubrich signing the song in American Sign Language. It includes interviews with Shawn, Mary Beth and a section teaching children how to sign the song.


Freedom Cries brings in Shawn’s gifts and expertise in gender reconciliation work, specifically healing the masculine spirit and bringing balance to the internal masculine and feminine heart within each of us. Love Will Overcome, Shawn’s 3rd release is about giving back and putting into action the Love in our hearts for the healing of the earth, all sentient life and the global structures that run the world economies right now. It includes themes songs for The Peace Alliance, The New Energy Movement, Go Gratitude and the Satyana Institute.


Livin’ Love – The Shift is On, is a powerful album about moving into joy with gratitude and Love Songs for the Soul, an acoustic album, is a simple expression of purity and Divine Love. The DVD Choice Point is Shawn teaming up with Joy Gilfilen and Uniting Creatives, for a very intimate concert related to social change.


Shawn has shared the stage with authors Gregg Braden, Bruce Lipton, Robert Holden, and with rock and pop masters Orleans & Friends. Shawn has also had the high honor of being present for the showing of his I Choose Love music video during the bestowing of the 2009 International Freedom Award by the National Civil Rights Museum to His Holiness the Dalai Lama. World and social change leaders like Nobel Peace Prize Laureate and activist Archbishop Emeritus Desmund Tutu have also embraced the song I Choose Love, reaffirming in their own mission its spirit and calling.


Shawn currently resides in Nashville, Tennessee USA and continues to tour and share his passion for healing through the arts and conscious music all over the world.
CONTACT: http://shawngallaway.com/