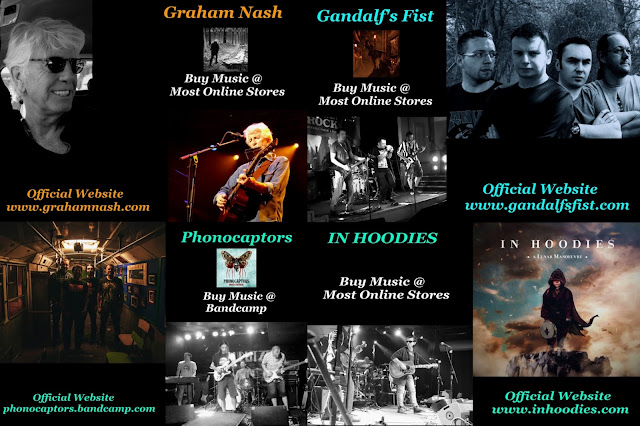 2016 is shaping up to be an awesome year for music and not surprisingly, today’s edition has a lot to offer. So let's not delay any further and get right to it... 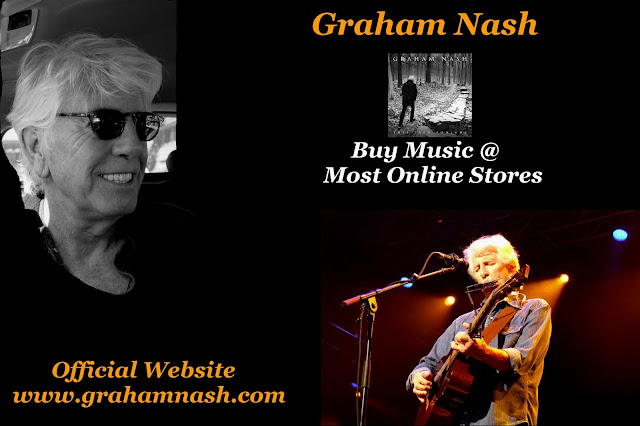 First up is the never aging Graham Nash who has just released his latest album ”This Path Tonight” on Blue Castle Records. I was pleasantly surprised to find Graham’s new album on Bandcamp today and so was able to have a good listen to it and can say without hesitation that “This Path Tonight” is one of Graham’s best albums to date, in fact there’s going to be a good argument that it could be his best, and that’s saying something. But don’t take my word for it, have a listen to the music for yourself, you wont be disappointed.

“This Path Tonight” is the new studio album and collection of 10 original songs from Graham Nash. Produced by Shane Fontayne, this is Nash's first solo record of new music in fourteen years. The album is one of reflection and transition of a singer-songwriter whose career (the Hollies, CSN, CSNY) has spanned more than five decades and counting.

“What a pleasure it was recording this album,” says Graham Nash. “Shane and I had written 20 songs in a month and recorded them in eight days. The music has a different feel to my earlier albums although I hear echoes of each one. This journey of mine was one of self-discovery, of intense creation, of absolute passion.”

“This Path Tonight” is one of the best laidback reflective albums you will hear this year and will certainly top the charts. Be sure to catch Graham on Tour this year and while you’re at it, drop by his social websites to say “Hi” to let him know just how great his new album is…


Album: This Path Tonight - Track By Track by Graham Nash 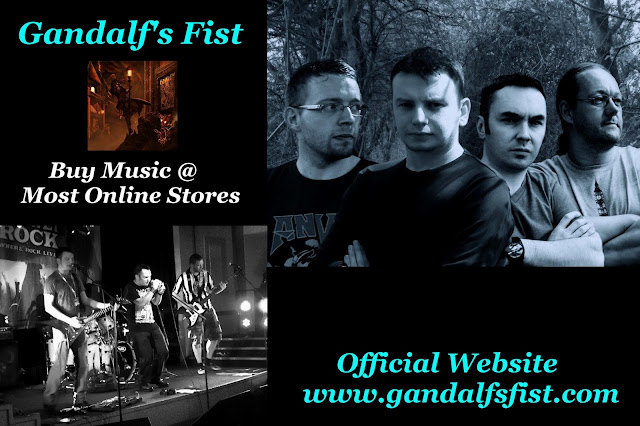 Progressive rock is back on the rise, and Gandalf’s Fist has a new album to share this year!

Their album, “The Clockwork Fable” is due out on May 01st, 2016 but the band has graciously given their music fans a track to listen to before release day called “Shadowborn”. They also released a song in Dec 2015 called, “The First Lamplighter (Memories of Nuclear Snow)” to keep everyone on their toes in anticipation…and of course we have included them here, below, for your listening pleasure. 8-)

The bands storied music has gained a sizable following over the past 11 years due to their unique blend of music that's steeped in Medieval Folk rock, including streams of Space rock to round out their brand of Progressive rock.

Gandalf’s Fist is Prog/Folk/Rock from the Murky depths of Cumbria, aided by a merry band of misfits, just waiting to be your new favourite Cult band! Check out more of their music below and then head over to their social websites to see what they’re up to.

*Note: Songs will be added to the playlists once they become available on YouTube. 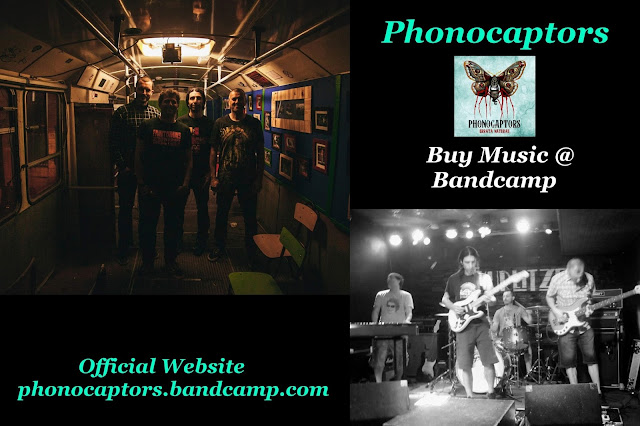 Picking through new digital albums on bandcamp can be a real joy on some days and today was no exception especially when the first notes of, “Better Call Saul” by Phonocaptors captured my attention through its mesmerizing foot tapping wall of sound. I liked it right off the bat.

Phonocaptors is a far out Psychedelic instrumental quartet from Madrid Spain that just released their third album, “Errata Naturae” on Bandcamp April 16, 2016. All three albums are packed with a progressive psychedelic surf sound that tell a story in a unique progressive instrumental way and it's delivered in a multi coloured flair on the high side of the surf. Very enjoyable music…

* Music will be added to the YouTube Play-Lists as it becomes available. 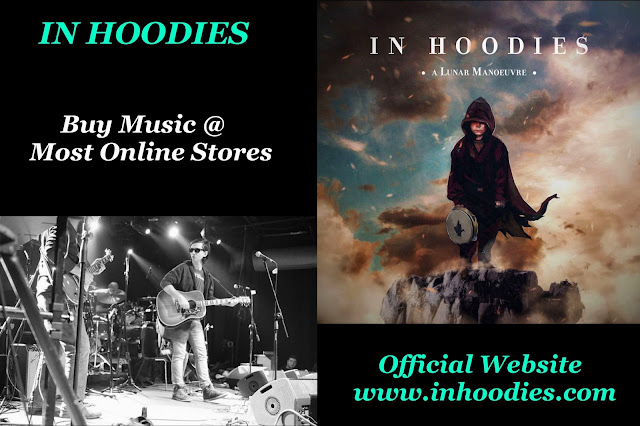 IN HOODIES is an awesome rock band from Bursa, Turkey that I happened across on bandcamp today…all I can say is it’s been a great day for music! IN HOODIES music is described as Indie rock, or alternative rock that at times, borders on progressive rock…and really there’s a lot more room for description, but one word sums up their debut album, “A Lunar Manoeuvre” in a nutshell, and that word is “Awesome!” with an exclamation point!

The 10-song album, “A Lunar Manoeuvre” is a perfect blend of vocal harmony, lyric, and music vibration that not only captures your attention but also grows on you with each play, while also taking you to a real good place inside. The music is truly “Infectious” and will be one of the memorable albums of 2016. This is great music! Have a listen below and be sure to visit their social websites to let them know just how great the album is.

…and there we have it! Another edition come to an end with the promise of great music fulfilled. Be sure to share this post with friends because music doesn't move without you...

To all the artists, thanks for sharing your creative spirit through your music. It truly does make a difference...oh and don't forget to share this post with your network. After all, your fans could become another artists fans as their fans could become yours and that makes all the difference in the world…thanks for stopping by and have a super week!