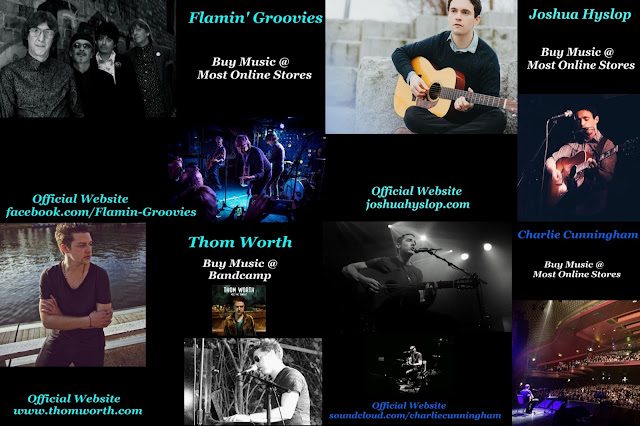 Today featured artists are “Charlie Cunningham” from Bedfordshire UK, “Joshua Hyslop“ from Abbotsford BC Canada, “Thom Worth” from Kingston upon Thames UK, and the “Flamin’ Groovies” from San Francisco California.

Showcasing what’s new in music for thirsty ears, this weeks variety of music covers a range of Folk, Soft Rock, Alternative Rock, and plain ole Rock n Roll, the medicine that keeps me on my toes. So without further adu, let’s get right to it… 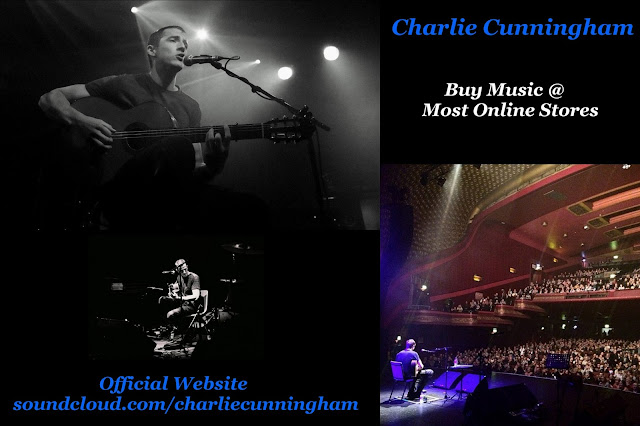 With a Spanish flamenco influence woven into a brilliant vocal delivery, Bedfordshire UK’s Charlie Cunningham is capturing audiences across the UK and beyond.

Charlie has an engaging style of acoustic folk that entices a reflective ambience within the listener, which is so very well demonstrated in the tracks below.

“Telling it wrong” first caught my attention on “The Mahogany Sessions” in June 2015 and right from the first few notes I knew I was in for something special, holy man was that an understatement. I’ve included that video recording as well as the studio version below, which was just released on April 08th,  2016 on his 4 song EP “Heights Released”. It must be said that Charlie Cunningham’s music is a must listen for serious music fans.

Be sure to check out Charlie’s social links, give the thumbs up, subscribe and say “Hi”. You can pick up Charlies music on iTunes and Bandcamp. (All links provided below) 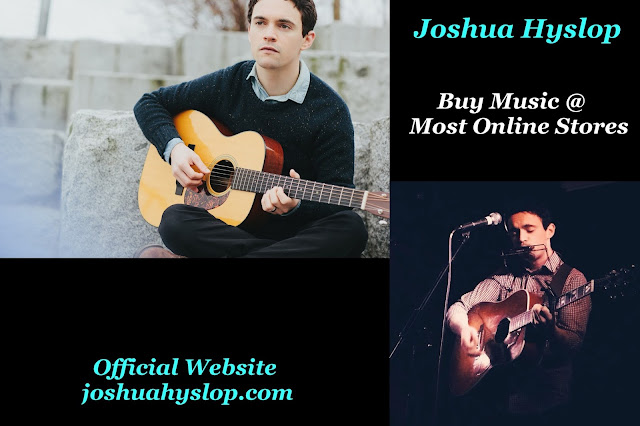 Joshua is a singer songwriter from Abbotsford BC, Canada, who is signed with Nettwerk Records.

Not just another singer songwriter, but one with something to say through the lyrics of his addictive music but what sets Joshua apart and into the spotlight is his confident ability in a live venue. Josh will silence the crowd with a soft engaging vocal pitch to draw the audience towards his unmistaken aura for being one of the good guys, something you will hear and understand through his lyrics.

Have a listen to Joshua’s latest single, “The Spark” and then the selected songs below for an understanding of just how good Joshua is.

Don’t forget to visit his social links to find out what he’s up to and while your there say hi. Be sure to catch Joshua on his up coming tour through the US & Canada. You can find out where he’s playing at the link provided below. 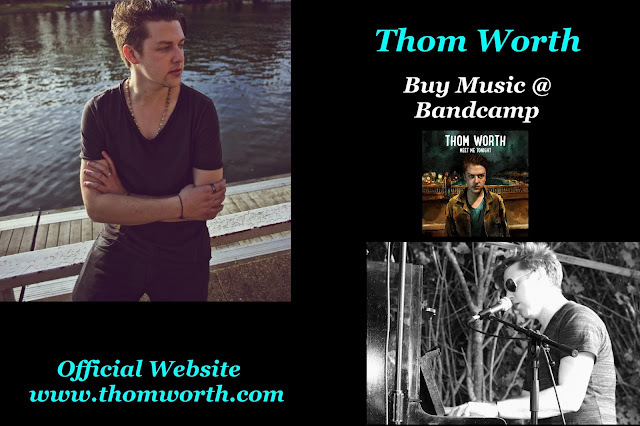 Today’s third artist is the amazing Thom Worth from Kingston on Thames UK.

I found Thom recently on a promotional YouTube channel called “Ont’ Sofa” where he knocked my socks off with his new song “Oh! Lucinda”. The first thing I noticed was his vocal range and as I sat there listening, I though, “My god this is fantastic Music!”…well I was hooked and decided to look into more of his music and was very impressed with what I found. I think you will be too. Have a listen to Thom’s new song “Oh! Lucinda” below… What a great way to drive this 2016 spring into summer, which I have no doubt you will be hearing this song all over the place.

Thom’s debut EP “Meet Me Tonight” was released on Bandcamp in March 2015 to rave reviews following a busy 2014 tour, playing stages at Green Man, Victorious and The Isle of Wight Festivals. Thom had an array of gifted musicians playing with him on the EP to help produce his rich and unique sound, including Josh Phillips from Procol Harum. I truly enjoyed this EP and I’m pleased to share it with you here as well.

Don’t forget to visit Thom’s social pages (See links below) to find out what he’s up to, when he’s touring, and also to say “Hi!” You can pick up Thom’s music at Bandcamp. 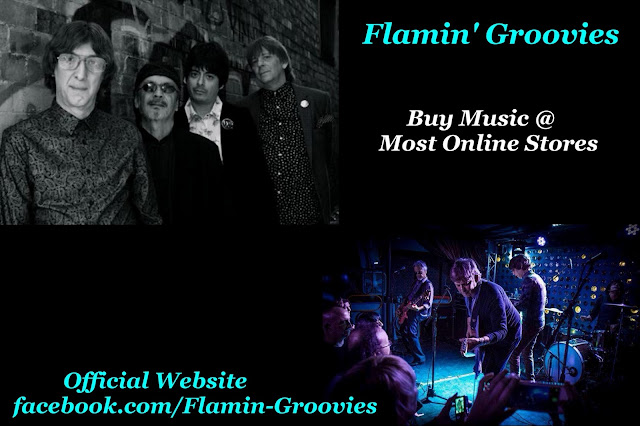 What better way to end this edition of United Music mag than to have the “Flamin’ Groovies” jump out at you with their brand new song “Crazy Macy”. Rock n Roll is back and Flamin groovy man! Yes they are back and coming to a city near you so be sure to check out their Tour schedule and catch their show.

What started as a reunion in 2013 with tours of Japan, Australia, and the UK, has continued and evolved into a full blown return in full force of the FLAMIN GROOVIES. In the past two years the band has toured the USA extensively with repeated visits to New York, L.A. and their hometown of San Francisco, recently returned from a hugely successful tour of Spain, France and Italy. In anticipation of their 50th Anniversary in 2016, they are now putting the finishing touches on a new album, a documentary film, and are about to drop a single this year, their first new recordings in over thirty years…and here it is! “Crazy Macy”

The Cyril Jordan, Chris Wilson, George Alexander line-up featured on the three albums released by Sire Records, that rocked the UK, Europe and the US from 1971 - 1980 are BACK IN ACTION. With the addition of Victor Penalosa on drums, continue to present their own unique and infectious style of rock n roll with such cult classics as "Shake Some Action", "Slow Death," and "Teenage Head”.

The debut track from The Flamin' Groovies' forthcoming studio album marks the first Cyril Jordan/Chris Wilson-penned song released since 1979! And what a great song it is!

Be sure to check out the “Flamin’ Groovies” on their social links to find out what they’re up to, when they’re on tour, and of course to say “Hi”!

Pssst…there’s really great music being made today and here’s some of it, pass it on.

* SCROLL DOWN TO THE PLAY-LISTS BELOW AND STREAM MUSIC
Posted by Stewart at 2:29 PM