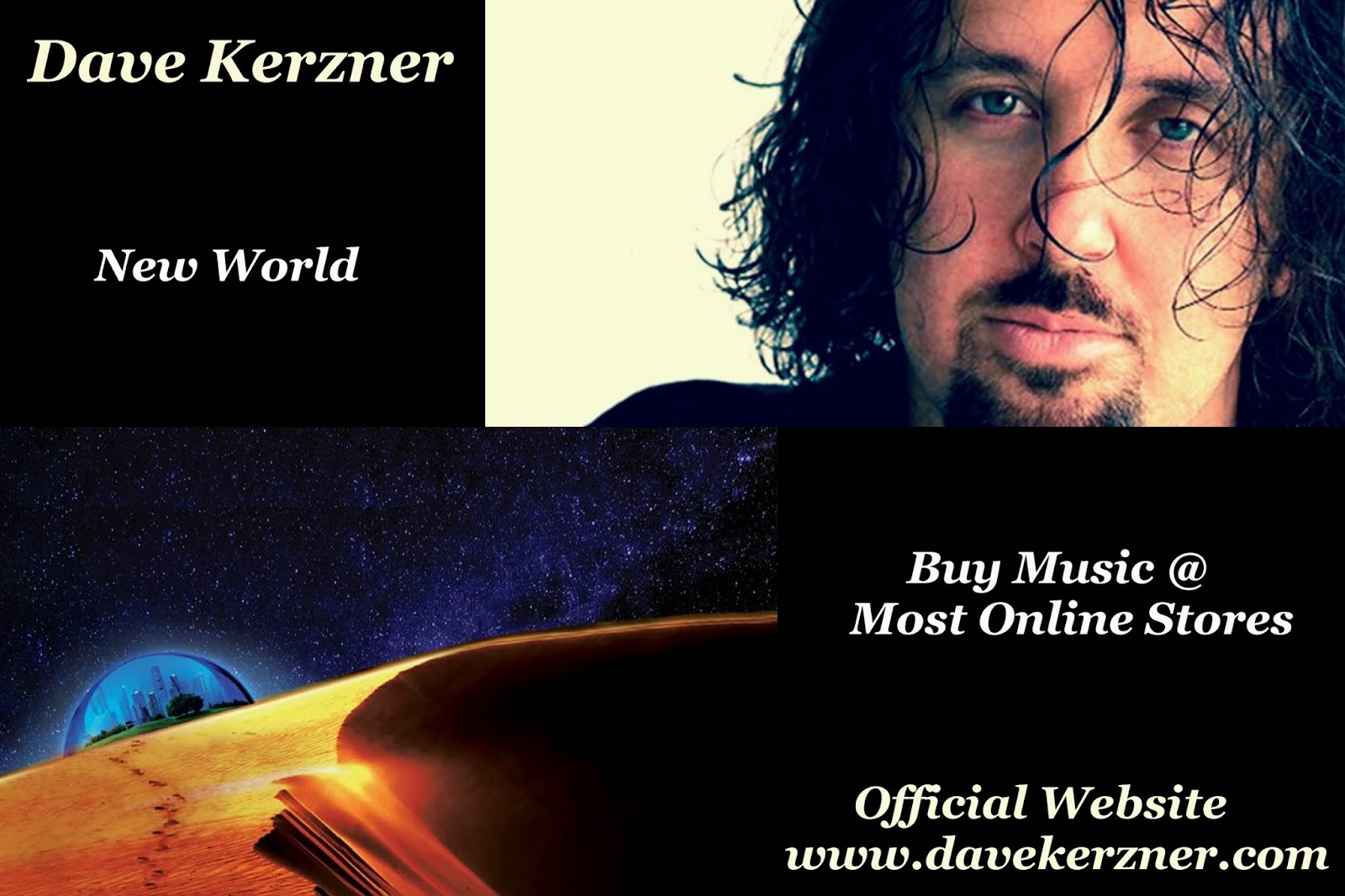 
Dave Kerzner (aka “Squids”) is a songwriter, producer, keyboardist and vocalist who is best known for co-writing and co-producing Sound of Contact’s award-winning concept album “Dimensionaut” and he is also well known as the founder of the sound production company Sonic Reality. In addition to Dave’s career as a solo artist Dave is part of several projects including the UK-based band “Mantra Vega” with Heather Findlay and his fantasy band/tribute project “Sonic Elements” that combines sampled Sonic Reality artists with special guests from the Prog World.


After many years working in sound design and production with SR and as a keyboardist with other artists, Dave decided it was time to take center stage as lead vocalist and put out his first Progressive Rock album as a solo artist.
----------------------------------------
Review of Dave Kerzner’s album “New World” by: Stewart Brennan, World United Music


“New World” by Dave Kerzner is a brilliant progressive rock album filled with impacting lyrics and music filled with imagery that captures the listener from start to finish. The entire album is a wonderful blend of artistic expression that weaves written word and music into an experience you can feel and see by sound. “New World” is the Awakening.


*Track 01 – “Stranded (Parts 1 to 5)” - Rolls in like a sea of consciousness that swells in imagery and melodic harmonies to capture the imagination and engage the listener on an inner journey. The lyrics are brilliant and very memorable as they reflect the thoughts of an awakened mind, but what strikes me most is how the music conjures up the setting before the lyric confirms it in its telling. “Stranded” is simply brilliant in every way.


Track 02 – “Into the Sun” – Pulls the listener into the unfolding story but also into the listeners own reflection of life. Again the lyrics are image filled as the music carries the story further into ones own consciousness.


Track 03 – “The Lie” – The story unfolds and sees the main character facing up to the lie’s of the world he embraced as he begins to confront the prospects of its reality.


*Track 04 – “Under Control” – Both the lyrics and music are infectious and memorable as the story continues to unfold where the main characters consciousness awakens to find that he is a puppet under control by a malevolent world.


*Track 06 – “My Old Friend” –The Awakening begins to unfold as the main character’s inner self faces his alter manufactured self and breaks free. Here again we witness the magic of music and lyric intertwined to allow one to feel and see the story through music. A true awakening in every sense.


Track 07 – “Ocean of Stars” – Reflections of life left behind in the mechanical world as the awakened soul can never go back to seeing life in the same way again.

Track 09 – “Nothing” – Upbeat music expresses The awakened soul that gladly takes the drivers seat to push out the mechanical world as the reality of letting go to move forward makes the only sense.


*Track 10 – “New World” – Complete understanding of how shallow and empty the old world is and that a better world is possible if everyone could just awaken, see the reality and let go of the illusion.


There’s an attraction to Dave Kerzners “New World” album that resonates and creates a bond between the music and my own reflections of life, and I’m sure many others will say the same. “New World” is already a classic in my mind.


When encouraged to pick a favourite line from the album, I found it quite difficult because the entire album was an awakening in itself that filled the imagination right up to the borders of infinity…although…”We’ll trace our steps back to the dawn of what is right and wrong” resonates and brings to mind the image of the “Global Awakening” taking place in our world today.


”New World” is a great album with a wonderful cast of musicians that really does bring the possibility of a New World into reality. The album also signifies a Re-Awakening and the Re-Emergence of Progressive Rock into the spotlight…Bravo!! “New World” is truly a Brilliant concept album that I highly recommend to all music fans. ~ Stewart Brennan, World United Music