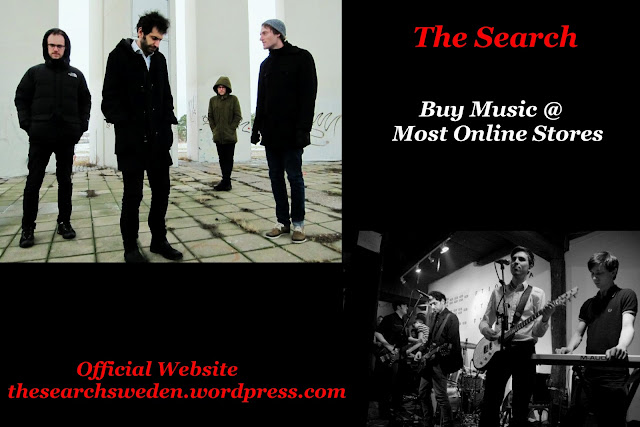 The Search appeared on the Swedish independent music scene in 2000. Their first full-length album, the eponymous The Search, was an original take on the lush, atmospheric sounds of 80’s pop and post punk. The album was distributed by Red Sun Records and ended up as No.1 on their best sales chart for almost 3 months. A European tour followed with live gigs in the U.K., Germany, Holland, and Denmark.

In 2006, the EP compilation Bloodbathe/Bazaar of Lush Loose Limbs was released, a record which saw the band stretching the somewhat dark sonic landscapes of their earlier recordings into new territory. This was followed by a year spent working on their 3rd album, Deranged Minds Unite, which was released by Lonaly Records and had a lighter, more lo-fi sound than previous recordings.

The Search started recoding the album Saturnine Songs in early 2007. Partly produced by Kristofer Jönson of Jeniferever, the record was flavoured with organic elements and post-rock instrumentation. Following its release in April, 2008, the album contributed to an increased interest in the band abroad. Saturnine Songs, along with earlier recordings, was released in digital form by Afmusic, and distributed by Danse Macabre. The albums are also available on Spotify. The band have toured Europe in intervals, with gigs ranging from arty Dutch pop venues to British indie clubs, while at times playing somewhat “darker” scenes like the Wave Gotik Treffen in Leipzig in 2009.

A new album is in the making and is scheduled for release In August, 2010. Tour dates will be booked by the band’s agents in the respective countries and updated continuously on this website. As the ongoing recording process has taken up most of the band’s time of late, promoting the upcoming album is the band’s main priority in 2010.

MORE ABOUT THE SEARCH / THE SILVERSLUT

In 1999, a group of teenagers found their musical paths crossing each other. Johan Zeitler, Jonathan Nilsson, Tina Bergström, Tomas Svahn, Joakim Jacobsson and Razmig Tekeyan founded The Silverslut in Uppsala, Sweden. The Silverslut recorded 6 EPs through 99-01, now available as the downloadable compilation The Silverslut. Before the 6th EP Jonathan Nilsson resigned from the band and after a short stint with various drum machines, Per holander took over Jonathans place behind the drums.

In 2003 The Silverslut changed their name into The Search and released their first full-length album, The Search in 2004 which was highly praised by the people who heard it, especially in Holland. It was distributed by Red Sun Records and ended up as No.1 on their best sales chart for almost 3 months.

In 2005 The Search played their first live shows outside Sweden, in the UK, Holland and Denmark. In 2006 the compilation of the two EPs Blood Bathe / Bazaar of Lush Loose Limbs was released.

Viktor Hedefalk replaced Per in early 2007 and the band started the recording process of Saturnine Songs. The album was completed in September and the first single, Distant, will be available as a CD and free-download on iTunes on March 31, 2008. In the end of April, 2008, the album will be released by netlabel afmusic, in digital form as a free download, and the CD will hit the shelves of Germany on May 16, 2008. It will be distributed by Danse Macabre / AL!VE.


Sell music on itunes at ReverbNation.com 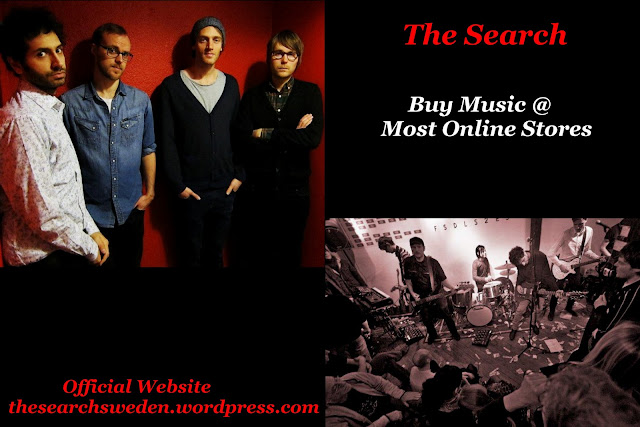