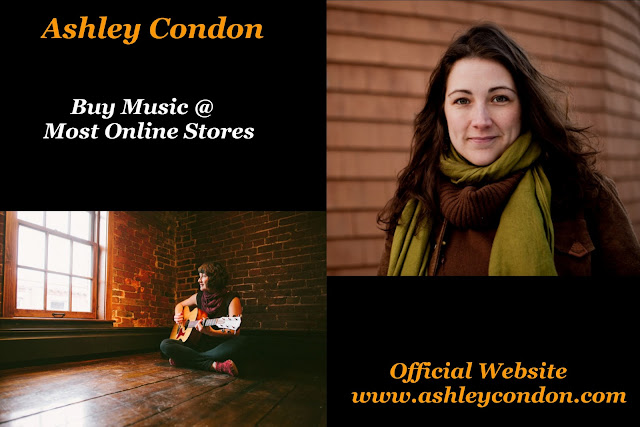 Raised between two potato fields on Prince Edward Island, Ashley Condon is the grandchild of Bill Leblanc, a Canadian country pioneer who once spent the night in jail with Hank Snow. Like pecan pie – sweet and nutty – Ashley has won audiences over with her larger-than-life stage presence and down-to-earth charm. Growing up on everything from old-time country to folk, blues and soul, her music resonates.

The success of her 2007 EP I’ve Got This Feeling garnered the attention of Ontario native and ECMA-nominated producer and musician Joel Hunt (Teresa Ennis, Old Man Leudecke). The two joined creative forces for Ashley’s debut, full-length album Come In From The Cold, released on June 15, 2010. Since its release in 2010, Come In From The Cold has been nominated for a 2011 Canadian Folk Music Award, a 2011 East Coast Music Award and has earned the rising star two 2012 Music PEI Awards for “New Artist Of The Year” and the “Lynn Grishko Memorial Bursary”. Her highly anticipated sophomore album This Great Compromise is set for release on May 28th, 2013 and was produced by Condon’s songwriting hero; three-time JUNO award winning singer-songwriter David Francey . Condon is backed on the album by Francey’s touring band of Chris Coole (banjo, guitar) and Mark Westberg (guitar), John Showman (fiddle) and by celebrated Maritime multi-instrumentalist Darren McMullen.

The signature track on her Francey-produced sophomore album, This Great Compromise, is “Betty’s Song,” a tribute to Condon’s mother and a wistful lament over Condon’s inability, as a teenager to appreciate her mother’s strength and perseverance. Other highlights include “Gentle Man,” a haunting number about an encounter with a stranger; “We’ve Got Love,” a simple love song with a very Francey-like sing-along chorus; “I’m Going Home, Amen,” a rollicking gospel song about moving back to PEI; and the title track, a sophisticated statement about the impact on relationships when partners must leave the province for work.

Having lost both her parents by the age of 22, it is not surprising that Condon’s music is marked by an astonishing degree of maturity and nuance – the kind almost never heard in emerging artists. She has established a reputation in the Maritimes as a powerful writer and singer and an uncommonly-talented entertainer who jokes and tells stories to audiences as naturally as if they were guests in her living room.

Ashley will be doing a national tour of Canada in fall 2013 to support her new album and is playing several Canadian folk festivals this summer including The Stan Rogers Folk Festival, The Lunenburg Folk Harbour Festival and The Shelter Valley Folk Festival.


“The finest writer and performer I have heard in many years.There is not a song on this record that I wouldn’t gladly claim as my own.” – David Francey, singer-songwriter


“One of the new leading lights on the East Coast scene” - Bob Mersereau, CBC

Email newsletters for bands at ReverbNation.com