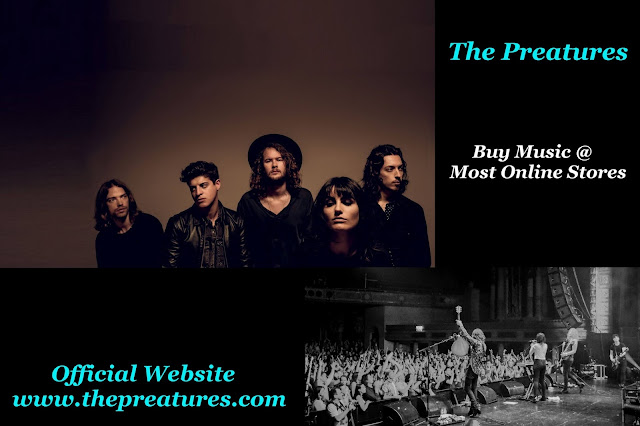 
We wanted ‘Is This How You Feel?’ to be the blueprint for the record,” declares Izzi, “In terms of the sounds, and what we wanted to achieve.”


Given the song’s success, it seemed a tall order. The breakthrough single catapulted the five-piece from Sydney’s worst kept secret to Australia’s freshest music export, landing them on stages at Glastonbury, Coachella, Bonnaroo and the Jimmy Kimmel Live show. It clocked in at #9 on triple j’s Hottest 100 poll, won the coveted Vanda & Young Songwriting Competition, and earned them high praise from fans as diverse as Pink, Harry Styles and the late, great Doc Neeson.


Blue Planet Eyes not only lives up to its bold aspirations, it blows them away. As addictive as it is ambitious, it takes the promise of ‘Is This How You Feel?’ and projects it widescreen, popping with delicious grooves, hip-hugging bass lines and choruses that just won’t quit.


From the sultry swagger of ‘Whatever You Want’ to the juicy licks of ‘Ordinary’, through the hedonism of ‘Rock And Roll Rave’… it’s an exhilarating combination of Rock & Roll and Soul, at the centre of which beats a heart of brash, joyous pop.


“I really wanted to explore pop writing,” explains Izzi “That’s the overarching theme [on the album]. I never thought I would be writing pop music, I don’t think any of us did. But the more I got into it, the more I love it – how I could make people feel the most in the least amount of time”


With two acclaimed EPs to their name, the band finally bunkered down to record their long-awaited LP amidst a heavy international touring schedule. As luck would have it, their first pick for producer Jim Eno (best known as the drummer of Texas rockers Spoon) was available, so they packed a suitcase of half-formed songs and headed to his Public Hi Fi studio in Austin.


“Jim taught us a lot of good shit,” says Thomas. “It was nice to work with a producer who’s in an actual band that we respected. He could explain things frankly.”


With Jack and Jim sharing the production, the three-week sessions were busy and fruitful. The band worked through songs during the weeks, jetting off on the weekends to play shows. Working songs in the studio, then road testing them live at career defining shows at South By Southwest and Coachella.


“When we played ‘Somebody’s Talking’ for the first time at Coachella, it didn’t have a chorus – I was just riffing words,” recounts Izzi, “We got away with it, but it wasn’t ideal. I much prefer writing in the studio, but playing it live made me realise what a great song it could be.”


With time at Public Hi-Fi running out all too soon, the band came home to their Sydney studio ‘Doldrums’ in Surry Hills to finish the job and “add the sparkle”.


“It was like we’d spent three weeks making playdoh and then had to mould it into something,” says Thomas. Jack continues, “We had two weeks left, we stayed up so many nights going through all the sessions. Last minute takes, re-tracking entire songs in a day… It was exhausting and tense.”


The late nights and last minute takes have paid off in full. Short, sharp and punchy: Blue Planet Eyes shows a band boldly evolving and reveling in their newfound freedom and vitality.


“I never want people to be bored when they listen to our music,” says Izzi, “I just want a record that makes people happy and present. That has songs that make you feel like there’s no other song on Earth for those three minutes.” 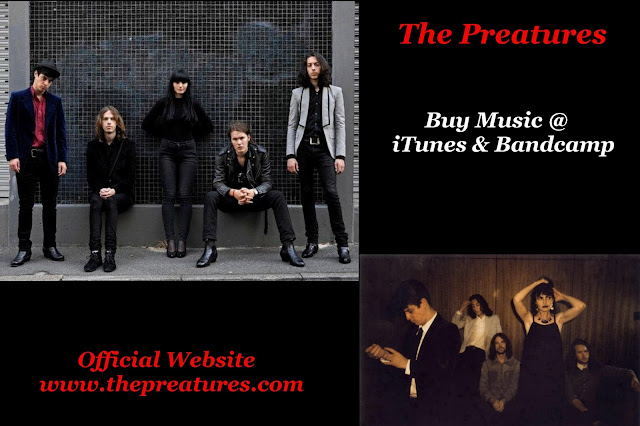