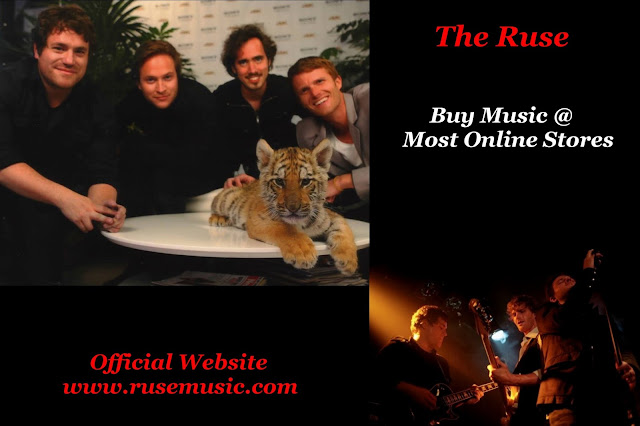 
With a blend of stirring lyrics, hook-laden melodies, and arena-ready anthems, indie rock band The Ruse first captured national attention in 2008 with an MTV VMA Breakthrough Artist nomination, followed by a lead single iTunes named “Single Of The Week” (“Beautiful Is Gone”) and an accompanying album (Midnight In The City) that reached No. 21 on Billboard’s “Heatseekers” chart in June 2009. With three independently released LPs and two EPs, the entire catalogue delivers songs that crawl into your head and possess your emotions long after they are over. The band’s signature sound – a fusion of passionately-charged operatic vocals, guitar-heavy tracks, and commanding drum and bass lines – generates the feeling of a grandiose sweeping live performance.


Vocalist John Dauer, guitarist Jim Bilus, and drummer Jason Young played together in a band since elementary school, prior to joining forces with bassist Mark Stolze in New York City to form the final lineup known as The Ruse in 2004. They released their first full-length album Light In Motion in 2006 and an EP just one year later titled Live At The Viper Room. After the group relocated to Los Angeles and found their stride with sophomore effort Midnight In The City, they experienced a groundswell of popularity with more than a dozen TV placements and appearances from HBO’s “Entourage” to MTV’s “The Hills.” On the heels of that success, the band immediately recorded and released their third LP Love Sex Confusion in 2010 and a 5-song EP titled Rebellion the following year.


As The Ruse continued to explore honest lyrics with a selfless message with each subsequent release, they swung from stripped down rock to moving, moody, and melodic ballads. Six coast-to-coast U.S. tours coinciding with album releases over the past five years helped expand their growing fanbase and hone their exciting live sets. They have performed for packed audiences at more than 300 historical venues across the U.S., from The Troubadour, Roxy, and House Of Blues to the 9:30 Club, Gramercy Theatre, and Bowery Ballroom.


In 2013, The Ruse returned to the studio after signing an independent deal with France-based KEV Records to produce and distribute their upcoming album in Europe. The band wrote and recorded the entire LP in Los Angeles, but this time they worked with producer Brad Gordon and famed mixer Mark Needham (Killers, Imagine Dragons). The result is a departure from previous albums as the band explored different sonic textures and lyrics. To prep for the album’s early 2014 release, they toured the U.K. and France with additional European dates slated for 2014. Most recently, The Ruse was chosen as the opening act for global chart-topping rockers, MUSE, for all October 2013 arena tour dates in Mexico.

“Some bands talk about having chemistry and being tight because they’ve been playing together for a few years, and we usually have a good laugh when we hear that,” said Ruse frontman John Dauer. “We literally were born into this band. Our goal is to continue to write and produce the best music that we know how, and to perform for as many people as humanly possible.”


“We want to create songs that always show off the best parts of The Ruse,” added guitarist Jim Bilus. "Our band is at our peak when we can simply step out of the way and let the melodies shine. Songs that truly make an impact feel timeless, generate an emotion, and tend resonate with all kinds of music lovers. ”


*Opening act for Muse tour dates in Mexico (October 2013)
*iTunes Single of the Week for "Beautiful is Gone" (June 2009)
*No. 21 on Billboard's "Heatseekers" chart for Midnight In The City album (June 2009)
*MTV Video Music Award Nomination for Breakout Artist (2008)
*More than a dozen TV placements and appearances, including HBO’s “Entourage,” and MTV's "The Hills.”
*Six coast-to-coast U.S. tours at more than 300 venues, including historic rock clubs Bowery Ballroom, Gramercy Theater, Mercury Lounge, and 9:30 Club in NYC/DC and The Troubadour, El Rey, Viper Room, House of Blues, Roxy, and Key Club in Los Angeles. 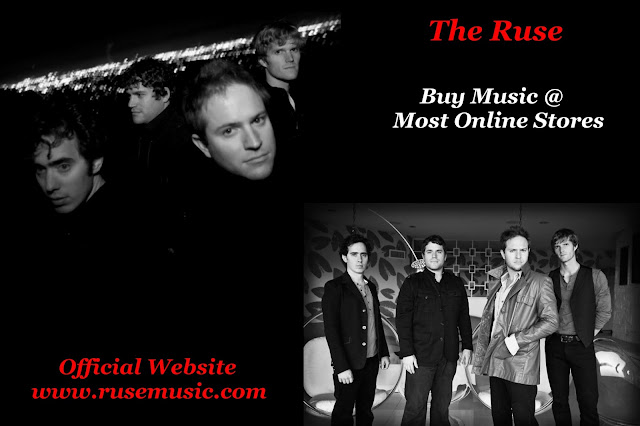