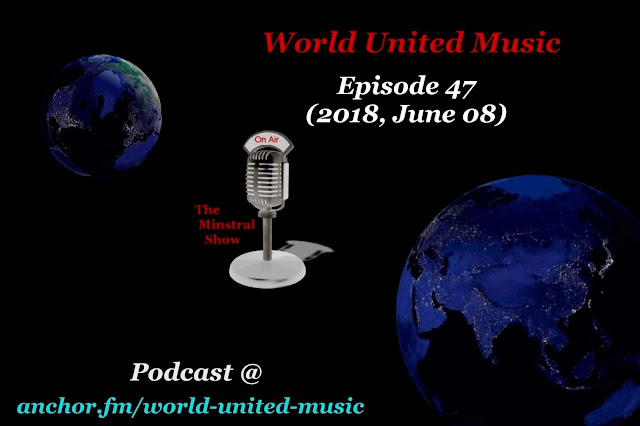 The World changed on September 11th, 2001; a day that will live on in infamy as a nightmare, that violently shook awake a western world living in apathy. For many, the finger of blame, that came from government and mainstream TV & news mediums was embraced and believed without question, but for others, it was an awakening to something far more sinister as the coming wars on oil rich nations would prove and so a truth seeking alternative media already up and running before that fateful day, sprung to life exponentially using the new age of internet communication to connect the dots and feed a growing hunger for truth via user friendly websites, chat rooms and social media.

The music industry, which was controlled by fewer and fewer hands was also censored, in that the bulk of mainstream TV and radio carried a disconnected corporate program while in contrast, the internet opened up new doors for independent artists to let out the real feelings and expressions of the people through their music.

“Lost in the Sky” is a fitting title to the way many of us felt in 2001 as we were cut lose from the apathetic world after 911 to face an unknown future…however that future came with a new age of information, discovery and awareness through the internet…everything changed as the jolt awakened some of us to the core and into a different state of mind while also leaving many feeling a little lost with a lot of questions…here’s a song that not only covers the atmosphere of the time but a song that will absorb your essence and heal the rift in consciousness. A song that receives a 10 out of 10 from this old DJ.

Following Peter Case is Aussie / UK band “Brother Speed” with their late 2013 single “Which Side I’m On”…a song that seemingly expresses the frustration of the individual and public when not listened to by society’s governments or its controllers when questions are asked. A great song with a unique blend of psychedelic pop and shoe gaze rock.

Following Brother Speed is Jack Savoretti with “Lost America” taken from his 2008 album “Harder than Easy”…”Lost America” is a song that shines the light on the chaos and confusion of America in the aftermath of 911 by the insane political turmoil and division that followed. A truly underrated song and album by one of today’s very best artists.

Closing this 4 song set is Griffin House with “Go Through it” taken from his 2013 album “Balls”… the song expresses feelings of depression which is a common feeling when something major happens in ones life such as a break up, loss of life, or even an awakening to a truth that changes ones foundation…“Go Through it” empathically helps us to expresses our feelings in an emotional healing process as there’s no escaping emotional pain, sometimes, we just have to go through it to heal ourselves…

And so, The feelings of being a little lost in waking times is normal and well expressed in music, on the Minstral Show.


Starting off the second set is Noumea Caladonia Band Darling & Co with “Wrong Lines” taken from their 2014 – 6 song EP “Close Connection” – “Wrong Lines” is a solid Rock tune that leans into Progressive Rock and carries a strong message of what ales the human race. Corporations drive human greed and there is no off switch…we must save ourselves by veering away from the wrong lines if we are to survive…

Following Darling & Co is Rachel Van Zantan with her 2010 single “My Country” Inspired by the Tahltan women blockading Shell in defense of the Sacred Headwaters in northern British Columbia. The song gets to the heart of what is very wrong in our world today…as there are no moral values in a corporate boardroom when it comes to life. A very powerful song that upholds life, moral value and consciousness.

Andy White closes the set with “This is Not a Television Show” taken from his November 2017 album “The Guilty and the Innocent”. The Irish are not afraid to say what they feel, I know because I’m Irish; When there are injustices in this world the Irish are usually the first to stand up for justice and so Northern Ireland native Andy White steps up to the plate and says it like it is…wake up my friends, because this is not a television show, pay attention and stand up for what is morally right.

A set of music that speaks truth to power from a strong foundation of moral character…this is the music revolution, on the Minstral Show.


Switchfoot starts off the final set with “Fading West” taken from the album “The Edge Of The Earth”…an album filled with Unreleased Songs From The Film "Fading West".

When you come full circle through an awakening where the establishments illusions fall away, and you realise that everything you were told about the world was all a bunch of lies, hopes of thriving can shatter, leaving you with only one place left to go, “Home”. This ones for you Michael Ruppert…may you rest in peace my friend, your voice will carry on

Damien Dempsey follows with “The City” taken from his 2007 album “To Hell or Barbados” one of Dempsey’s very best songs in my opinion as he gets right to the real heart of the solution to the worlds problems, we are all part of a family, and we need to remember that fact if we are to move the world forward and in the right direction.

Isaac Hayden closes the set with his 2014 brilliant cover of One Republic’s “I Lived”. A song about living and experiencing life the way it was intended. Imagine if we all did that…if we just stopped living in the greedy corporate illusion and live the way we were intended to live on this planet, as free men and women working together as a community…it’s not too late, hope remains…live life to its fullest with respect to others and yourself.

And now, Fading West, The City and I lived, on the Minstral Show.