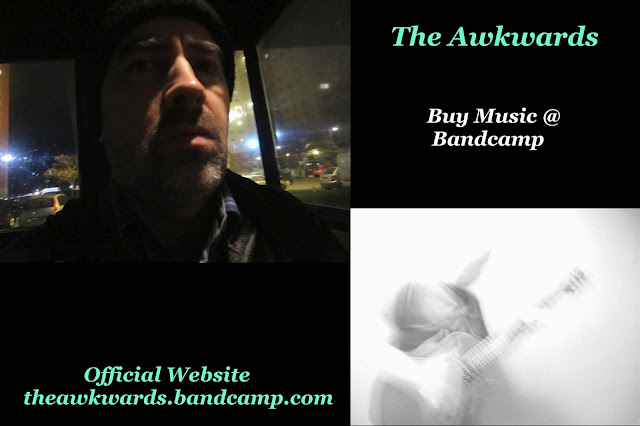 Keith Watson is a singer-songwriter from Aberdeen Scotland better known as “The Awkwards”. Keith plays a variety of music in the folk music soft rock genres.

“I write mostly acoustic-based songs, do all vocals, play all parts, and record in a home studio.”

Life’s experiences have been the main source of inspiration for Keith’s music since his early youth, so it’s a good bet that you’ll find Keith immersed in his music around the Aberdeen night club scene singing and playing acoustic guitar if he’s not at home working in his studio on a new track…and if you tune into BBC Radio Scotland you might also hear a song of his from time to time.

Some of Keith’s favourite bands are the Shangri-Las, the Velvet Underground, Black Sabbath, the Smiths, and Everything but the Girl...you wouldn’t know it by the soft vocals, meaningful lyrics and melodic guitar playing that embodies most of Keith’s music, which seems more in common with the likes of Paul Simon and Jim Croce. Either way, listening to Keith’s music is a pleasure and sure to resonate on an emotional level.

Be sure to pick-up Keith’s music on Bandcamp and while you’re at it, drop him a line on Facebook.

Keith Watson Passed Away June 12th, 2017. Here is a video made by his son Stephen in memory... R.I.P. Keith you will be truly missed.