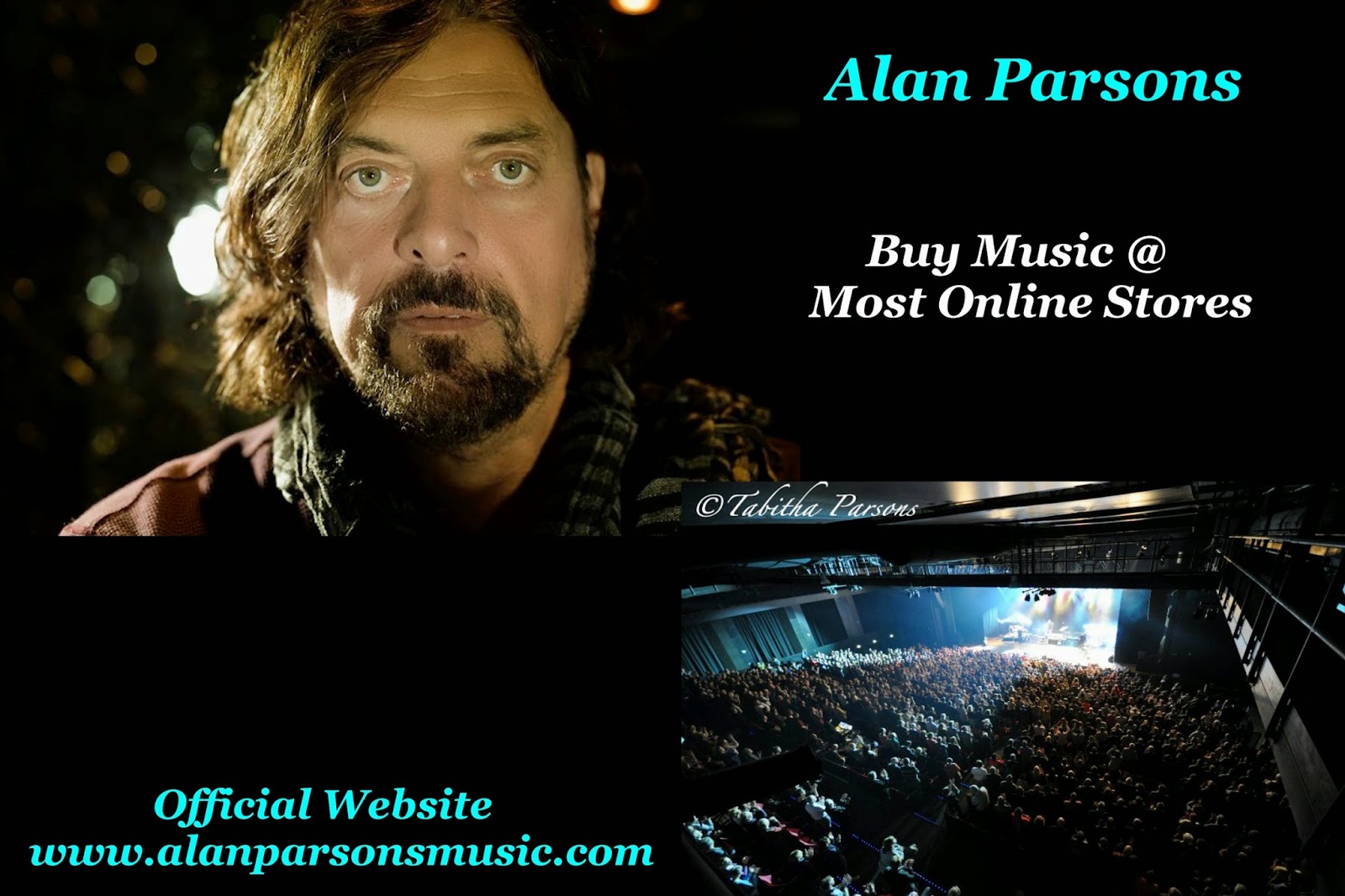 
Alan Parsons was born into a family with an impressive history in entertainment. His great grandfather was the celebrated actor/manager Sir Herbert Beerbohm Tree. His mother was an actress, professional folk singer and harpist and his father, Denys Parsons, an accomplished pianist and flautist as well as the author of many books. The late Oliver Reed, film actor was a cousin. His uncle, David Tree was also a film and stage actor.


Alan had dabbled with live performance in his late teens as a folk/blues acoustic player and as a lead guitarist with a blues band in the late sixties in his hometown of London. But as soon as he landed a job at the famous Abbey Road Studios at the age of 19, it became clear that the world of sound recording was to dominate his career.


He was fortunate enough to work as assistant engineer on the last two albums by The Beatles and after he qualified as a fully-fledged recording engineer, he went on to work with Paul McCartney and The Hollies among many others. But it was his contribution as engineer on Pink Floyd's classic Dark Side OF The Moon that really got him world attention. That soon led to striking successes as a producer - notably with Pilot's Magic, John Miles' Highfly and Music and Steve Harley's (Come Up And See Me) Make Me Smile. He also produced the hugely successful Year Of The Cat album with Al Stewart and two albums with American progressive rock band Ambrosia.


In 1975 he met Eric Woolfson who not only became his manager, but joined forces with Alan as a songwriting and performing partner for what became known as The Alan Parsons Project. The APP's debut album, Tales Of Mystery And Imagination based on the works of Edgar Allan Poe paved the way for a signing to Clive Davis' newly launched Arista label and a string of hit albums, namely I Robot (1977), Pyramid (1978), The Turn of a Friendly Card (1980), Eye in the Sky (1982), Ammonia Avenue (1984), Vulture Culture (1985), Stereotomy (1986) and Gaudi (1987).


A brief venture into musical theatre resulted in Freudiana in 1990.The show ran for over a year in the historic Theater An Der Wien in Vienna. Eric and Alan then went separate ways. Eric devoted his career to the musical theatre while Parsons felt the need to bring his music to the live concert stage and to continue to record ambitious symphonic rock music.


With his long-standing previous APP collaborators, guitarist Ian Bairnson, drummer Stuart Elliott and orchestral arranger Andrew Powell, Alan dropped the "Project" identity for Alan Parsons - Try Anything Once in 1994. The partnership continued for On Air in 1996 and The Time Machine in 1999. During this time the first incarnation of "Alan Parsons Live Project" toured to sell-out audiences throughout the globe. Following Alan's relocation to California, a new Live Project band was formed in 2003. Another band reshuffle happened in 2010. The current live band consists of Alan on acoustic guitar, keyboards and vocals, P.J. Olsson on vocals, Manny Foccarazzo on keyboards, Guy Erez on bass, Alastair Greene on guitar, Danny Thompson on Drums, and Todd Cooper on sax, percussion and vocals.


The album A Valid Path, Alan's foray into electronica was released in 2004 and featured Pink Floyd's David Gilmour, The Crystal Method, Shpongle, Uberzone, PJ Olsson and Alan's son, Jeremy. 2008 saw the reissue of all the Alan Parsons Project albums in expanded form, containing never-before-heard bonus material and a 2-CD compilation called The Essential Collection. One of the most familiar Project tracks is Sirius, perhaps best known as the Chicago Bulls theme. It was also used as the walk-on music for The New Orleans Saints at their triumphant Superbowl game in 2010 and at the 2012 European Cup soccer matches. Sirius has also been featured at countless other sporting events and in the movies Cloudy With A Chance Of Meatballs and Beerfest.


In 2010, Alan felt the need to share his extensive knowledge and expertise with the rest of the music industry. With the help of fellow Brit Julian Colbeck, Alan wrote and produced a comprehensive instructional video series about recording called The Art & Science Of Sound Recording (ASSR). It features contributions from a myriad of celebrity artists, engineers and producers and is narrated by Billy Bob Thornton. It is available as a 3-DVD set and as downloads. See www.artandscienceofsound.com. All Our Yesterdays, a song written especially for the series, features some of LA's finest musicians and a rare performance by Alan on lead vocals. Alan has been supporting ASSR with a series of lectures and Masterclass Training Sessions (MCTS) all over the world. It has been a great opportunity for the attendees to witness Alan at work in the studio and to participate actively in the making of a possible future hit.


Since the beginning of 2012, as well as performing live shows, Alan has been busy in the studio doing vocals for German Electronica outfit, Lichtmond, on a CD and video called Precious Life. Other vocal performances with YES stars Billy Sherwood and Chris Squire as The Prog Collective have been released on Cleopatra Records. Another collaboration has been with Mexican superstar ALEKS SYNTEK. Alan and Aleks have written a song called "The Direction Of Time" and have shared the lead vocal duties which are in both English and Spanish - release is expected in late 2014.


Alan has come full circle and is back in his role as producer and engineer both at his own Santa Barbara studio and other studios internationally. Alan produced an album called Grand Ukulele with JAKE SHIMABUKORO, the virtuoso ukulele player, whose YouTube video of "While My Guitar Gently Weeps" has received over ten million hits! The album contains a number of orchestral arrangements by Winger frontman, Kip Winger. A collaboration with Steven Wilson as engineer and associate producer resulted in major success including a Top 5 album in Germany in 2013. Another album is in the cards for the autumn of 2014.


A CD box set of all the Alan Parsons Projects was released in March 2014 and included a controversial never previously released CD from 1979 entitled The Sicilian Defence.


Alan has received a large number of awards including eleven Grammy nominations, The Les Paul Award in 1995 and The Diva Hall Of Fame Lifetime Achievement Award in Munich, Germany in June 2012. He is in demand as public speaker and was keynote speaker at the 1998 Audio Engineering Society Convention in San Francisco and was the opening speaker at the TEDx Conejo conference in California in April 2012.


Alan has two sons, Jeremy and Daniel, from his first marriage - both living in the UK. Alan now lives on an organic avocado ranch in Santa Barbara, California with his wife Lisa and her two daughters, Tabitha and Brittni, three dogs, several cats, chickens, and an 18-hand Clydesdale called Dante.