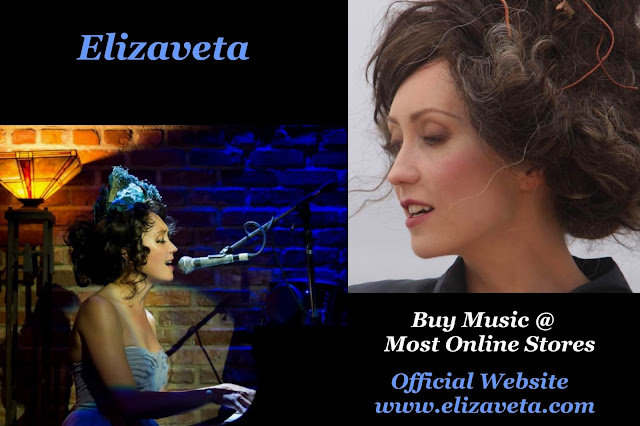 
Ekizaveta is a musical alchemist.


“Alchemy is fantastical chemistry,” she explains. “You throw seemingly disparate elements in a pot. If you do it correctly, they’re transmuted and something else takes form. I take opera, electronic beats, piano hooks and a pop melody and create a song. The ingredients work in concert and the end product becomes an emotional auditory experience.” Elizaveta hesitates, then adds: “It’s 19th Century meets the 21st“.


And this fusion works, for there is nothing disingenuous about Elizaveta’s tapestry of influences ranging from Bach to Bjork, which have produced a sound extraordinarily moving and unique. Her debut album ‘Beatrix Runs’ (out on Universal Republic January 24, 2012) is both a compelling and thoughtful modern opera-meets-pop masterpiece and a collection of original songs that could possibly change the landscape of popular music upon their release. And it’s definitely an ambitious endeavor at which the multi-instrumentalist chanteuse and composer definitely succeeds, as she mixes up a heady brew of pop, opera, classical and soul.


“I love pop music and how it gives me an opportunity to tell a story in four minutes or less. However, my true passion lies in being able to combine elements and eras you wouldn’t normally expect to hear together, like jazz-pop verses and unapologetically operatic choruses, for example. When I succeed, it is not unlike transmuting basic metal into gold, except in this case, gold represents pure emotion.”


To perfect the mastery of her Art, the “alchemist” had traveled halfway across the planet and back. Born in New York City, Elizaveta spent eight mere months there, before her interpreter parents moved back to Moscow, Russia. She grew up in the huge metropolis, playing her grandparents’ piano and commenced writing poems and songs at the age of five. Her formal musical training started shortly thereafter, and included special public performances, where the prodigy improvised songs and original pieces on-stage.


As she grew older, Elizaveta’s tastes spanned everything from Russian composers & Bach to Nina Simone, Queen and Elton John. As a teen, she left Russia for Europe on a scholarship, and continued her training there, but it wasn’t until she pursued her music studies at the Prague Academy of Music that she discovered her voice may be of operatic proportions.


” I had no idea,” she shrugs, in recollection of that time; “I had always been singing, but I never thought that I could sing opera – but suddenly there I was, performing arias”.


Looking for a way to further her studies, Elizaveta embarked on a journey to Los Angeles in order to study music composition & opera performance at the University of Southern California. She never stopped writing songs, though, and it wasn’t long before she and her professors discovered that her true bliss was found in writing and performing original material, rather than interpreting someone else’s.


Upon graduating USC with a degree in opera, she began independently releasing her own music dropping two EPs in 2007, Breakfast with Chopin and Like Water.


Soon after the success of these releases, the songstress entered the studio with the reputable multi-Grammy award winner and producer Greg Wells [Adele, Rufus Wainwright, Katy Perry, Elton John] who helped Elizaveta hone her “opera-pop” vision and style. The two began recording her 2012 major label debut ‘Beatrix Runs’ (out on iTunes and Amazon.com), which features the iTunes Song Of The Week single ‘Dreamer’.


The two spent months in Wells’ Los Angeles studio creating a whole new musical world for Elizaveta to reside in. Built upon their mutual love of classical music, opera and modern sounds, their collaboration produced gems such as “Dreamer”, that opens the record and entices the listener with its chorally-inspired vocal arrangements and electronic beats, joined by an ostinato piano hook. Elizaveta’s voice flutters into a crescendo with a vivacious vitality that nods to a classical era too often ignored by her generation and the mainstream media.


“It’s my anthem,” she says of the track. “I actually wrote that song during a low point. I had an option to leave Los Angeles and take a job for security, and I decided to stay where I was and keep writing music, even though I was scared and had no idea how I was going to survive in the months to come. This song is about believing in yourself and following your ‘internal compass’, no matter what obstacles may arise.”


Then there’s “Meant,” a heartfelt song about obsession and loss, that shocks with a classical dramatic piano intro, but leads into a heart-rending soulful ballad about anger and disappointment towards a lost love. “It’s a poetic exorcism of passion you still feel – but know it has to be released forever”, adds Elizaveta. ” I like contrasts. When I write, I try to capture the push and pull of emotion. Life and love are never black and white, and I don’t see why songs should be”.


Other songs are equally evocative and there is a distinctly cinematic quality to the record, as a whole. Jazzy “Snow in Venice”, stylistically taking a leaf from Paolo Conte’s songbook, speaks of Europe, lost connections and features Elizaveta singing a playful, but wistful verse in Italian. “Nightflyers” floats on a propulsive bass line and anthemic refrain, while definitely inspired by the Brit-Pop generation. ‘Odi et Amo’, with its operatic verses in Latin and Vivaldiesque string arrangements, paints a picture of dark streets, betrayal and the fine line between love and hate. “This album is an alchemical distillation of me as a human,” the artist concludes. “I have taken my life and the fantastical journey it has been so far and fit it into a small ten-song box. It’s like magic, but it is not a trick. It’s the truth. 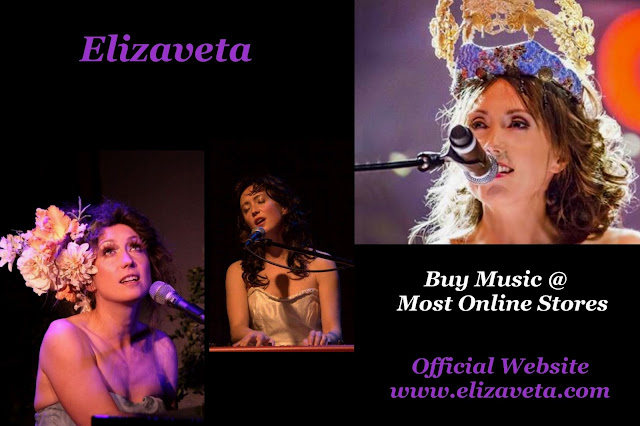