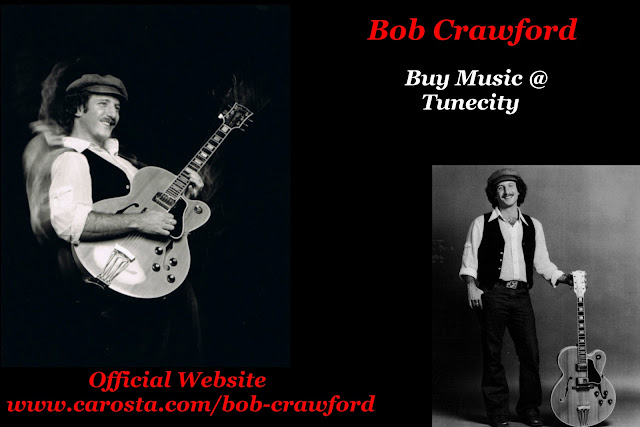 
Bob Crawford, born in the Bronx, NY, is one of those rare people who combines musicality, scholarship, and business acumen into one seamless individual. After graduating from the University of Virginia in 1971 (Phi Beta Kappa/Magna cum laude) Bob embarked on his musical career full time. From being the Musical Director, Guitarist, and Vocalist for the National Company of Paul Sills' "Story Theatre"(1972-3) to the publishing of his music theory book "Symmetric Cycles" (Foreward by Mick Taylor-Rolling Sones/John Mayall) by RMCO MUSIC/Charles Colin Publications, Bob has been actively involved in songwriting, arranging, producing, and studio work as a guitarist and vocalist for the past 30 years.


In 1991, Larry Harlow (2008 Grammy Lifetime Achievement Award Winner and Latin Music Hall of Fame Member) recorded "My Time Is Now"("Mi Tiempo Llego") on the album of the same name, co-written by Bob Crawford and A. Dennis (Doc) Williams of the O'Jays released on Cache/Fania Records.


In 2006, Maxine Brown (R&B Hall of Fame Member and Tony Award Winner) recorded anther of Bob's compositions "I Want To Be Loved" released on "From The Heart" (Mee Max Music, Inc.) He continues to write, publish, and place songs with other artists to this day.