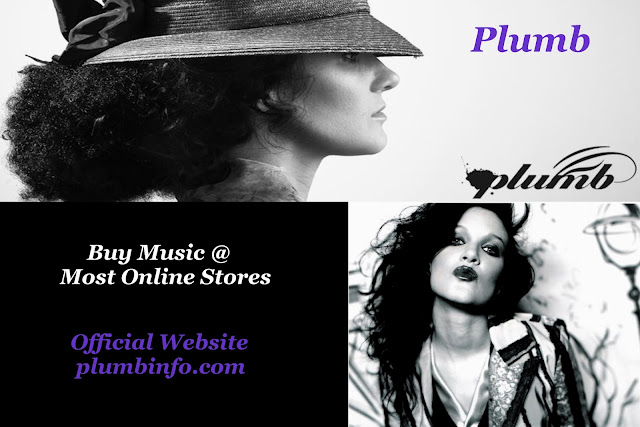 Plumb was born in Indianapolis and grew up in Atlanta, singing in church and school. At 20 she moved to Nashville one week before her 21st birthday, working as a background singer for a number of notable artists, including Bill Gaither and Amy Grant. Following Silvertone Records affiliate Essential Records mainstream alternative radio success with its debut artist Jars of Clay in 1995, the label signed Plumb as its second artist. When she was urged to write, Plumb turned to Matt Bronlewee—an original member of Jars of Clay who happened to be her next-door neighbor—and the two hit it off. The debut album, Plumb, was released in 1997, with stage name Plumb coming from the Suzanne Vega song "My Favorite Plum". Plumb has said subsequently that the addition of the letter "B" to the end was the idea of her producer Matt Bronleewe and, in her mind, also represents Bronleewe's important contribution to her sound.

In 1999, Plumb released a second studio album titled Candycoatedwaterdrops, which won the 2000 Gospel Music Association Dove Award for "Modern Rock Album of the Year". Three tracks from it were later covered by other artists; "Stranded" and "Here With Me" by Jennifer Paige and, in 2001, "Damaged" by Plummet. Though the album won the DOVE Award for Best Modern Rock Album in 2000, and saw strong radio success with the single "God-Shaped Hole", the subject matter and approach of much of Plumb's music was often considered too dark and taboo for the mainstream Christian marketplace. Plumb's tendency to write songs about deeply personal stories issues, such as international hit "Cut" which addressed cutting, and "Damaged" which addressed a girl coping with being molested as a child, led to more enthusiastic reception by fans of alternative and dance music. Fueling the break from CCM, "Cut" was also used prominently during a pivotal scene in the storyline of The Vampire Diaries in the 10th episode of season 1, "The Turning Point".

Plumb considered leaving the music industry after the 2000 album, but changed her mind after receiving a note from a fan a few hours before what she thought to be her final concert. The letter was about her song "Damaged" about a girl coping with being molested as a child. The note said "Whatever you do, I just want you to never forget that you have changed someone's life," which inspired Plumb to remain in the music industry. She signed to Curb Records in 2003, releasing the album Beautiful Lumps of Coal on March 25, 2003. The lead single, "Real", peaked at No. 41 in the UK Singles Chart. Her next album, titled Chaotic Resolve, entered the Billboard 200 album chart at No. 177 on March 9, 2006. "Better" reached No. 1 on the U.S. Christian airplay chart. The Bronleewe & Bose remix of her follow-up, "Cut", hit No. 1 on SiriusXM's dance hits channel BPM, and No. 5 on Billboard's Dance Charts Hot Dance Club Songs.

Shortly after the birth of her second child, Plumb recorded her 5th album, titled Blink, as collection of lullaby inspired songs. It was released on October 9, 2007, immediately becoming one of her best selling and most enduring albums to date. Lead single "In My Arms", was used in conjunction with key plot narratives for both Vampire Diaries and One Tree Hill, and became Plumb's biggest international hit to date, selling close to half a million singles in both the United States and Russia. "In My Arms" received remixes by Kaskade, Scotty K, Bronleewe & Bose, Gomi, and Bimbo Jones, with the later reaching the No. 3 spot on the Billboard Dance Charts.

On May 19, 2009, Curb Records announced that it would release a career spanning greatest hits album titled Beautiful History, which was released later in the year and included several new songs.[16] The first single from Beautiful History, "Hang On", reached No. 1 on US Billboard Hot Dance Club Play in 2009 and reached the top spot on Billboard's Hot Dance Airplay chart in 2010.

Plumb returned to the studio in 2010 with longtime producer and co-writer Matt Bronleewe to begin work on what would become her 6th studio album, while also changing management and signing with alternative boutique firm Street Talk Media. The debut single from the project, "Drifting", a co-penned duet with longtime friend Dan Haseltine (of Jars of Clay), spread quickly across Christian Rock radio. The second single, "Need You Now (How Many Times)", went to CCM radio in early 2012 and has become Plumb's most successful single to date in that market, rising to number to No. 1 on multiple radio and iTunes charts in both the United States and Canada by year's end. The single has remained in regular rotation nationwide for well over a year, selling close to 300,000 singles on iTunes to date, and is BDS certified at over 100,000 radio spins. The album Need You Now was released worldwide in February 2013, charting at a career-best No. 56 on the Billboard 200 chart and No. 2 on Christian album charts. The album received five Dove Award nominations including Song of the Year and Contemporary/Pop Album of the Year. With her children now all at least grade school age, and with the massive success of Need You Now, 2012 and 2013 saw the most aggressive touring of her entire career, playing major festivals throughout 2012 and 2013, embarking on her first and largely sold-out headlining tour in the fall of 2013, and joining the massive Winterjam arena tour for November 2013-14. 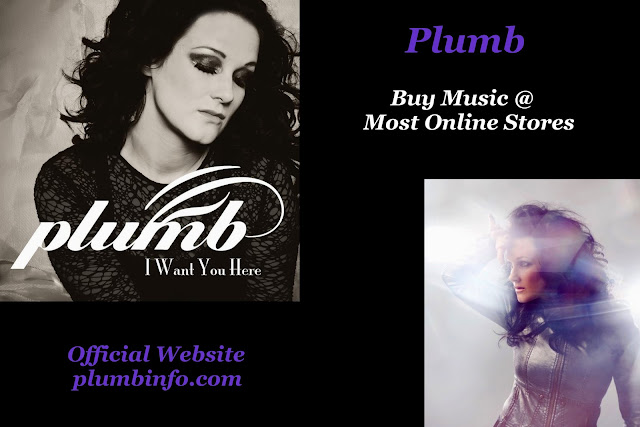