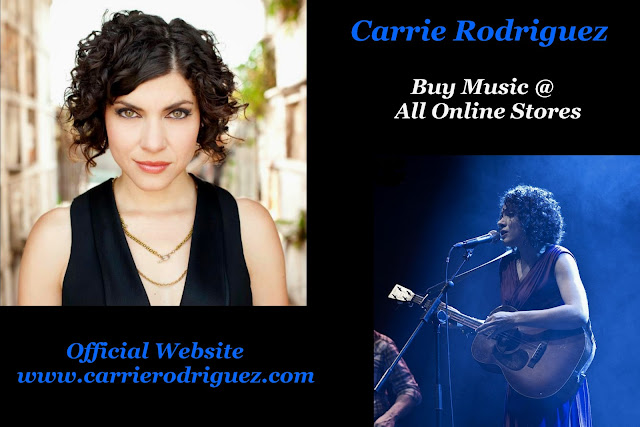 
At each stage of Carrie Rodriguez’s career—as a fiddler, singer, and songwriter—the Austin, Texas, native has learned the importance of letting go. That was certainly true when it came to recording her fifth solo album, Give Me All You Got, her first of largely original tunes in several years. “In the making of Love and Circumstance in 2008, I chose to sing other people’s songs,” Rodriguez explains. “I needed to take a step back from songwriting and think about the kinds of songs that feel important to sing. Doing that inspired me to write again.”


On Give Me All You Got, she says, “I’m laying out some extreme emotional highs and lows, which feels good. Take ‘Brooklyn’ [co-written with guitarist Luke Jacobs]. It’s very autobiographical, and I remember thinking, would I really want to share this? I decided, of course, why hold this back? It’s something that a lot of people can relate to—the acceptance of failure in a relationship, learning from it, and moving forward. ‘Brooklyn’ is also a song about taking a pause in order to really experience what you are feeling, something I find increasingly difficult in this modern era of constant communication and stimulation.”


Rodriguez, who came to attention a decade ago performing with singer-songwriter Chip Taylor, has established an impressive roster of touring, recording, and co-writing affiliations—with Lucinda Williams, Rickie Lee Jones, John Prine, Mary Gauthier, Alejandro Escovedo, guitarist Bill Frisell, and others. Although she has issued three albums under her own name and enjoyed major label support for 2008’s She Ain’t Me, the release of Give Me All You Got marks a giant step for Rodriguez. The album was recorded with her own band and produced by the renowned Lee Townsend, with whom she has worked closely in the past. And the songs—which she wrote, co-wrote, or handpicked from the repertoire of longtime collaborators—establish her musical identity more powerfully than ever before.


While Carrie’s father, David Rodriguez, was an accomplished songwriter, and took her on tour with him in Europe when she was a teen, song craft, like improvising on fiddle and singing, didn’t come automatically to Carrie. After sitting in on a sound check with her dad’s old Houston pal Lyle Lovett, she detoured from a degree as a classical violinist at Oberlin Conservatory and set herself on course to become a fiddler at the Berklee College of Music. There, her teacher, Matt Glaser, and her fellow students, including roommate Casey Driessen, helped her “find my groove and let go of that wall I had put up as a classical player.”


Another turning point came when Rodriguez met veteran songwriter Chip Taylor (“Wild Thing,” “Angel of the Morning”), who soon had Rodriguez touring and recording, and encouraged her to sing and write. “I’ve been a reluctant writer ever since I started, never quite feeling like I was supposed to be doing it,” Rodriguez confesses. “But I’m drawn to songs that are emotional and direct, and from working with Chip I learned that when you can just be open and not analyze too much, that’s when the truth comes out.”


After recording four studio albums with Taylor, Rodriguez made her solo debut in 2006 with Seven Angels on a Bicycle. “All of a sudden I found myself in this position of being called a singer-songwriter, which felt so strange,” she says. But she returns to that role quite comfortably on Give Me All You Got. The album includes songs by Taylor and Ben Kyle (with whom Rodriguez recorded the 2011 EP We Still Love Our Country), but its emotional core resides in originals drawn from Carrie’s personal experience. “I feel less afraid to write about what’s really happening, both to me and to people around me,” Rodriguez says. The song “Sad Joy,” for instance, arose from a conversation with Taylor about a loved one who was maintaining a “bright, beautiful attitude” while dealing with Lou Gehrig’s disease. “Chip and I were talking about how, when we are faced with those kinds of things, as sad and difficult as they are, they can also bring about a type of joy. The simple joy of people loving each other and holding each other up—in times of both celebration and in mourning. We started strumming some chords, and there it was, a song that lays out those raw emotions without being shy about it. Celebrating them, in fact.”


Give Me All You Got deals with a few dark themes, which is not surprising given that one of the first songwriters who inspired Rodriguez in her early teens was Leonard Cohen. “I listened to Leonard for a year and dwelled in the deep lowdown feelings he helped me feel,” she recalls. The sound of the new album, however, is “a little more infectious, rather than contemplative,” says producer Lee Townsend. “It still addresses Carrie’s roots in Americana, but also with a bit of a pop edge. I think it is her most mature record—every direction that is explored is distilled to an essential kind of expression.”


Townsend, known for his work with Bill Frisell, Loudon Wainwright III, Kelly Joe Phelps, Crooked Still, and many others, captured the band—Carrie on fiddle, tenor guitar, and vocals; Luke Jacobs and Hans Holzen on acoustic, electric, and lap steel guitars, mandolin, and vocals; Kyle Kegerreis on upright and electric bass; Eric Deutsch on piano, Rhodes, and Hammond B3; and Don Heffington on drums and percussion—essentially live in the studio. “The live energy of the band is central to this album,” he says.


“Ever since I first met and worked with Lee at a music festival in Germany, I have known he was the perfect producer for me,” Rodriguez says. “His approach to making an album is almost like a composer writing a symphony. He has the ability to group songs together and shape them so that the story they tell is a complete one, and even greater than the individual songs themselves. And like my favorite conductors, he manages to get the absolute best from each musician by making us all feel at ease and appreciated.”


With the release of Give Me All You Got, Rodriguez is ready to say the same thing about herself: “As a singer-songwriter, I feel like I’m doing what I’m supposed to be doing. It’s a lifelong learning curve, and I hope I always stay as excited about it as I am now.”

Sell your beats online at ReverbNation.com 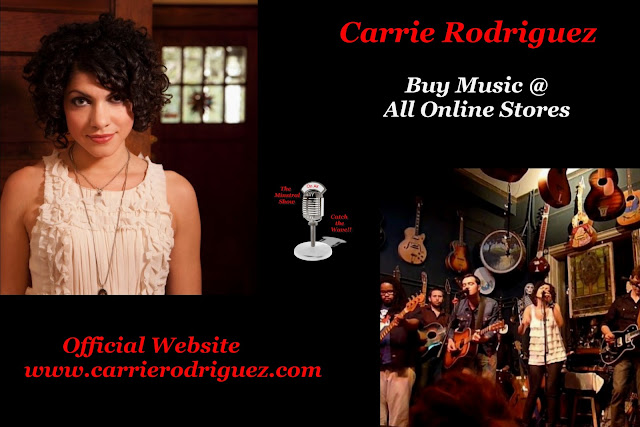