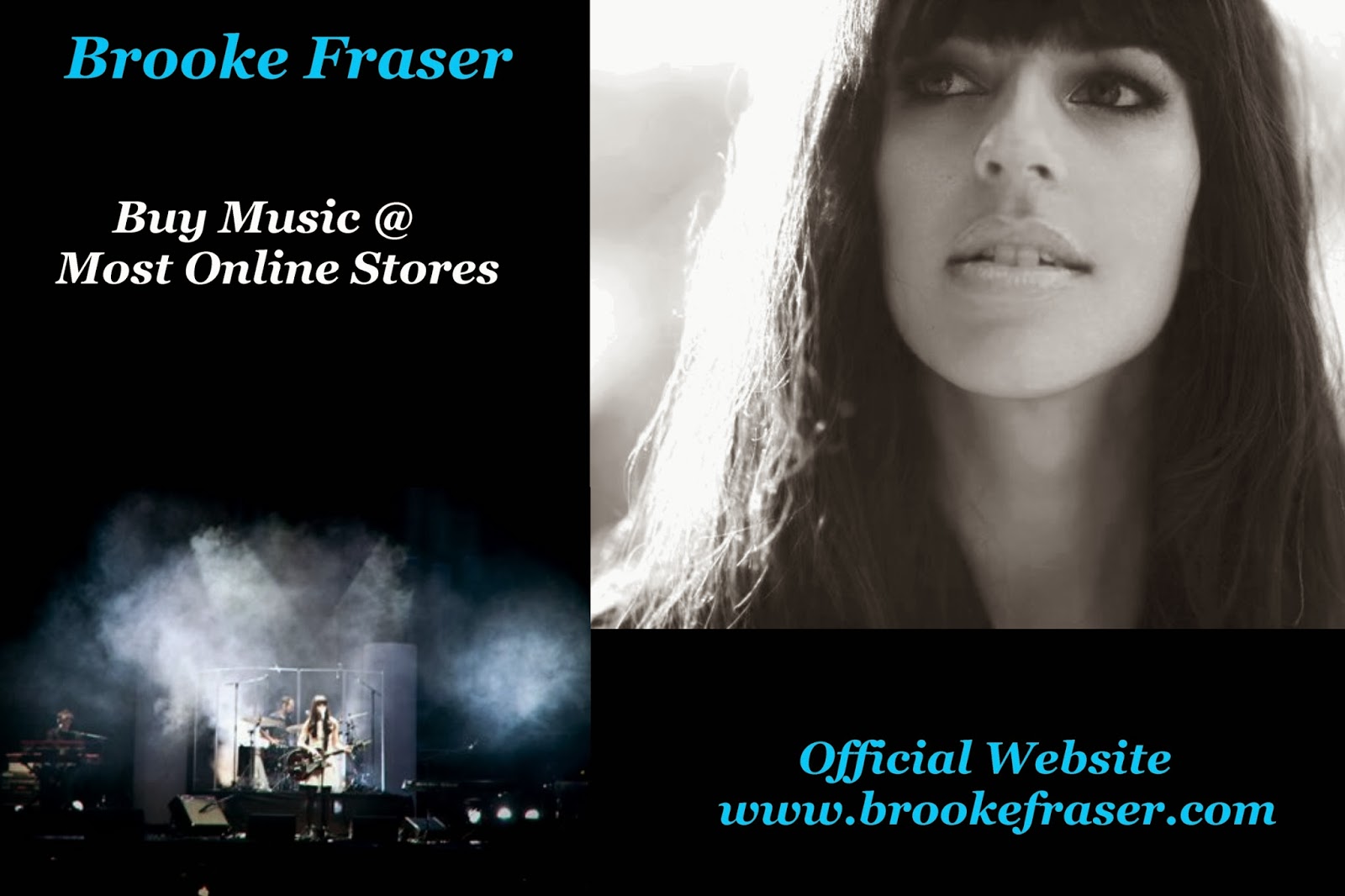 Brooke Fraser is a singer-songwriter / musician from New Zealand. Brooke has released three very successful studio album and is currently working on material for her fourth album due out in 2014.

“Flags” has become the most successful album of her career to date, with the single "Something in the Water" reaching number one on the New Zealand Singles Chart in 2010 and charting around the world. The album debuted at No. 1 in NZ, No. 2 in Australia, and No. 4 in the USA.

What to Do With Daylight

Brooke Fraser's first album, What to Do with Daylight, was released in New Zealand in late 2003, debuting at number one and achieved gold status in the same week. The album eventually went seven times platinum, selling over 105,000 copies in New Zealand alone. It remained on the album charts for sixty-six weeks. All five singles from the album reached the top twenty in the New Zealand Singles Chart. Her album also topped the New Zealand Top 50 Albums of 2004.

Following the release of What to Do with Daylight, Fraser toured Australia and New Zealand with American artist John Mayer and then toured New Zealand with veteran U.K. rock artist David Bowie. Whilst on tour with John Mayer, she met with his guitarist and keyboardist Michael Chaves who, after recording Mayer's album Heavier Things, Fraser enlisted to play on her album and future concerts.

In 2005, prior to writing and preparing her follow-up album, Fraser took a trip to Africa to immerse herself in Rwanda before visiting her sponsor children in Tanzania, as she is an advocate for child sponsorship. In this trip, she was so moved that she wrote the song Albertine about a young child (named Albertine), whom she met while in Rwanda. It was later decided to make this song the album's title track.

For the second album, Fraser decided to enlist a new band, primarily constructed from American musicians who'd worked with an array of notable artists, both live and recorded. In 2006, Fraser and the band went into the studio in Los Angeles to record the album. Later Fraser allowed her fans to listen to the album's first single Deciphering Me via her MySpace page. The single was later released initially to radio and ultimately to CD single, and achieved number four in the New Zealand single charts.

On 4 December 2006 Albertine was released in New Zealand, achieving double platinum status less than a month after its release and has remained, to date, in the top 20 every week since. The album was released in Australia and internationally on 31 March 2007. In Australia, it charted at number twenty-nine in its first week on 9 April and has thus far achieved Gold sales status.

On 6 April 2007, Fraser performed "Deciphering Me" for the Good Friday Appeal, an annual televised fundraising event to raise money for the Royal Children's Hospital in Melbourne.

In 2008, Fraser appeared on the Dave Barnes song "Believe" from his album Me + You + The World, performing backing vocals.

Albertine was also Fraser's U.S. debut, released 27 May 2008 and entered the Billboard 200 at number ninety on 19 July 2008. Her album propelled in success with online sales after being chosen as Editor's Choice on iTunes. On 4 July 2008 Fraser supported Canadian artist/U2 collaborator Daniel Lanois at the Montreal Jazz Festival. In August she toured the southern U.S. In September, she re-toured several major U.S. cities and completed the tour at the Shepherd's Bush Empire in London, UK

Flags was recorded at East West Studios in Hollywood in the summer of 2010 and released by Wood & Bone Records on 12 October 2010. Fraser celebrated with sold-out tours in the U.S., Australia and New Zealand. Flags reached the No. 1 spot on the New Zealand album chart, No. 3 in Australia, and entered at No. 59 on the Billboard 200 in the US, and climbed as high as No. 3 on the U.S iTunes album chart. "Flags" has been certified Gold in Australia and 3x Platinum in New Zealand where it was the 6th highest selling album of 2010. The first single, "Something in the Water," has achieved extensive radio success across the globe, notably receiving BBC Radio 2 A-list rotation upon release. The single has gone on to achieve double platinum sales in NZ where it spent 21 weeks in the 2010 singles chart. The single has reached No. 2 in the Dutch airplay chart whilst residing in the top 5 singles chart for 6 consecutive weeks. The single has charted in Poland and Belgium at No. 15 and No. 23 respectively, as well as being certified Gold in both Germany and Italy. Flags was released in July 2011 in Germany, Austria and Switzerland and debuted in the following positions: No. 6 in Germany, No. 33 in Austria & No. 24 in Switzerland. One month on from release, "Flags" remained in the German top 20 at No. 13 and "Something in the Water" on the singles charts at No. 8. "Flags" was released in October 2011 in Hungary, reaching No. 15 on the national album chart by second week of release. Flags is due to be released in Sweden, Norway, Denmark and Finland on 7 November 2011. Flags has received accolades from peers and press alike. Sara Bareilles announced to her 2 million followers on Twitter "If you don’t know her, you should. @brookefraser is a freakin gem. New album out now. Yay." and Women’s Wear Daily has called Fraser "The Kiwi Norah Jones."

In its review of Flags, Glide Magazine said: "Brooke Fraser's third release, Flags, is a wonder. From the stunning lyrical imagery throughout to the impressive guest vocalists who join her (Cary Brothers, Jon Foreman and Aqualung among them), from Fraser’s ethereal and breathy performances to the wide-ranging soundscapes, this record is drenched in beauty and stands as one of the more remarkable achievements of 2010."

In support of the Flags release in Switzerland, Fraser appeared in November 2011 at the "Energy Stars for Free" event in Zurich alongside Lenny Kravitz and Snow Patrol. 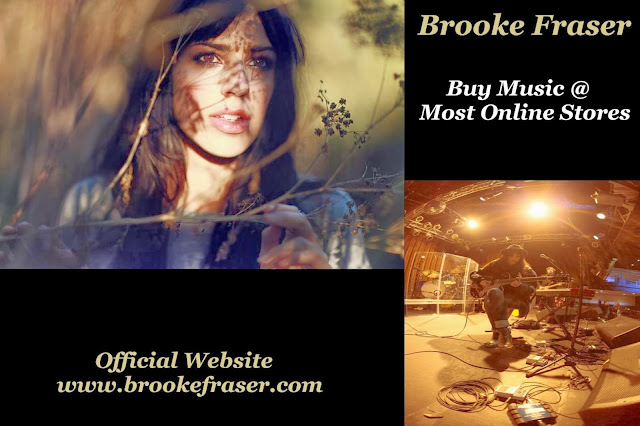