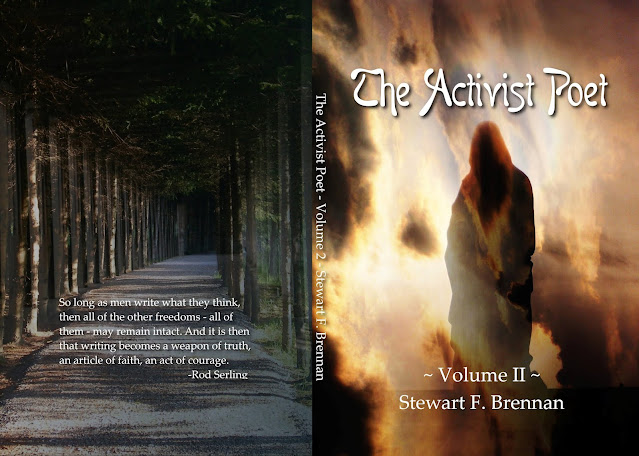 Are you trying to make sense of today’s insane world? Here is a book that will answer your questions.

World United Music creator Stewart F. Brennan offers another masterpiece that combines his memoirs, lyrical poetry and political commentary to connect the dots and expose the deceptions and illusions of our time while shining a light in dark places.

“The Activist Poet Volume 2” is more than a book of lyrical poetry, it is a unique book of truth and opinion with social and economic commentary on topics that have been, for the most part, purposefully omitted by mainstream media and government, or censored by social network platforms, and Internet search engines.

The purpose of this book is to help people see and understand the major deceptions over the past sixty years that brought us to this moment in time. The book is unique and filled with information on many topics that provide the reader with a glimpse and understanding of the larger picture from a different perspective. It is meant to open eyes and awaken minds, but it is also for those already awake and working to make this world a better place.”

For those that want a good look at the bigger picture, this book is definitely for you. Also makes a great gift of knowledge for anyone (friends or family) that wants to know what’s going on in the world. A clear and direct approach on many important topics, made clear and easy to understand.

Book now available in all countries via your country’s Amazon shop:

Here are a few links:

Also, available for a limited time is, “The Activist Poet – Volume 1” a book filled with information to open eyes and minds.

Makes a great gift of truth to someone you care about.

Posted by Stewart at 8:21 PM No comments:

Montreal poet, analyst, writer, and World United Music creator, Stewart F. Brennan; combines his memoirs, poetry, and political commentary in this masterpiece weaving together the experiences, impressions and observations made during the economic decline of North America between 1970 and 2021. - Book now on sale at Amazon
Link to book in Canada
Link to Book in UK
About the Author:

Stewart has worked in the Aerospace, Aviation, Packaging, Transportation and Logistics Industries in managerial positions and is the author of several blogs including World United News, World United Music, Alternative Views and SF Brennan Art, a blog of creative writing, poetry and prose.

Stewart has been writing and archiving information on World United News since 2007 and is known for his economic analysis and critical thinking on geo-political and geo-economic events. He’s also been published on Global Research, the center for research on globalization.

Stewart Brennan is also the creator, producer and promotor of World United Music, a project that started in 2010 promoting signed, unsigned and independent musicians and bands.

“I don’t like what the deep state has to offer so I decided to build my own World where creativity, music, and truth prevail. Therefore, I’m a photographer, Writer, Video Producer, News Reporter, Music Promoter, Radio DJ, Poet, Activist, Critical Thinker, and Problem Solver. This is my world…” 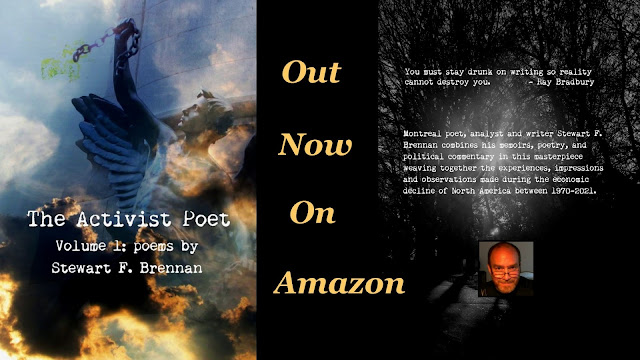 LINK TO BOOK
Posted by Stewart at 12:24 PM No comments: 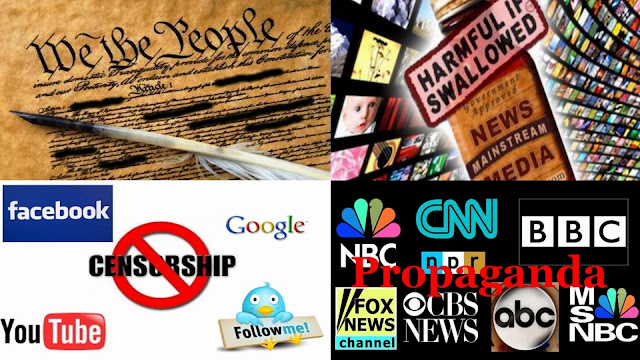