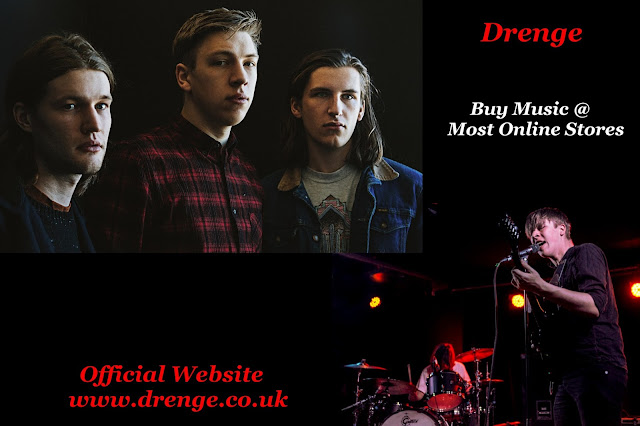 Drenge are an English two-piece alternative rock band, based in Castleton, Derbyshire, Sheffield. The band is made up of Eoin Loveless, on guitar and vocals, and his younger brother Rory, on drums. They take their name from the Danish word for "boys", although it is pronounced differently.

The band rose to prominence following the resignation of Labour MP Tom Watson from the Shadow Cabinet in July 2013, who wrote in his resignation letter on his blog "be that great Labour leader that you can be, but try to have a real life too. And if you want to see an awesome band, I recommend Drenge." However, they had a small following and had been picked up by national media at least some seven months previously.

Drenge have toured extensively in the UK, also appearing at Glastonbury Festival, Latitude Festival, and will be at the upcoming Reading and Leeds Festival. They have also toured with Californian duo Deap Vally, including an appearance close to their hometown at Sheffield's Queens Social Club. They also toured with British band Peace in late 2013. They played a headline tour in the first half of 2014, as well as playing at many festivals over the summer of 2014, including Reading and Leeds, Glastonbury and T in the Park.

In recent activity Drenge have toured the UK alongside American punk rock band Radkey, appeared on Later... with Jools Holland, and their single "Bloodsports" was used for an advert for British TV show Misfits, fitting the crude, aggressive nature of the show. They were also nominated for Zane Lowe's top 100 hottest records of 2013 with the single "Bloodsports".

Their self-titled album was released on 19 August 2013 on Infectious Records. The artwork for the album features a photograph of Wardsend Cemetery in Sheffield and a nearby scrapyard.

On 27 January 2015, they made their US network television debut on the Late Show with David Letterman.

On 6 April 2015, the band's second album, Undertow, was released, debuting at number 14 on the UK Albums Chart.

For their tour in 2015 the band included a bassist in their live line-up as well as in their new single "We Can Do What We Want".

If, for some reason, you've always wanted to know about the effort and consideration we put in to Undertow, we've put together a little track by track video. It's features my best Philomena Cunk impression, the over use of the word "like", some basic painting skills and useful statements such as "this song isn't really about anything." Hope you find it as insightful and useful as it was intended to be.