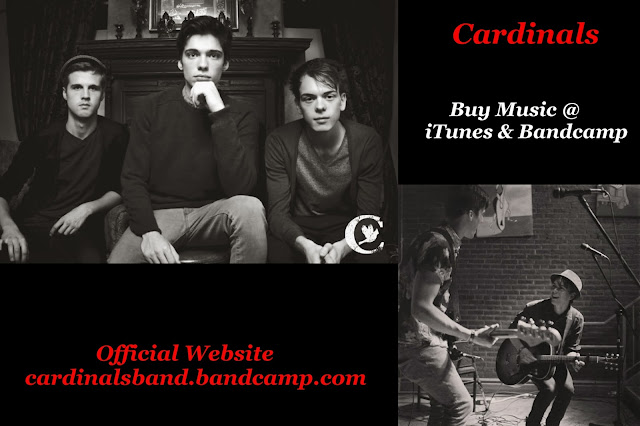 
Named after a street walked nightly during long recording sessions, Cardinals has quickly moved from a high school jazz bands simple indie project to a name more demanding in their hometown. The band quickly garnered recognition from nearby promoters, landing support slots for touring acts Said the Whale, Take me to the Pilot and Paper Lions. Additionally the band recently secured a worldwide distribution deal with Alternative Empire (Crystalyne)

Cardinals take on more and more experience in writing, playing live and recording. The self-entitled, self-produced EP "Cardinals" is designed to be a statement of the power of simplicity that the trio have honed through years of practice and natural talent. With a second music video being shot, and a Spring tour in the works, the band seeks to grow their fan base internationally through hard work and honest music.