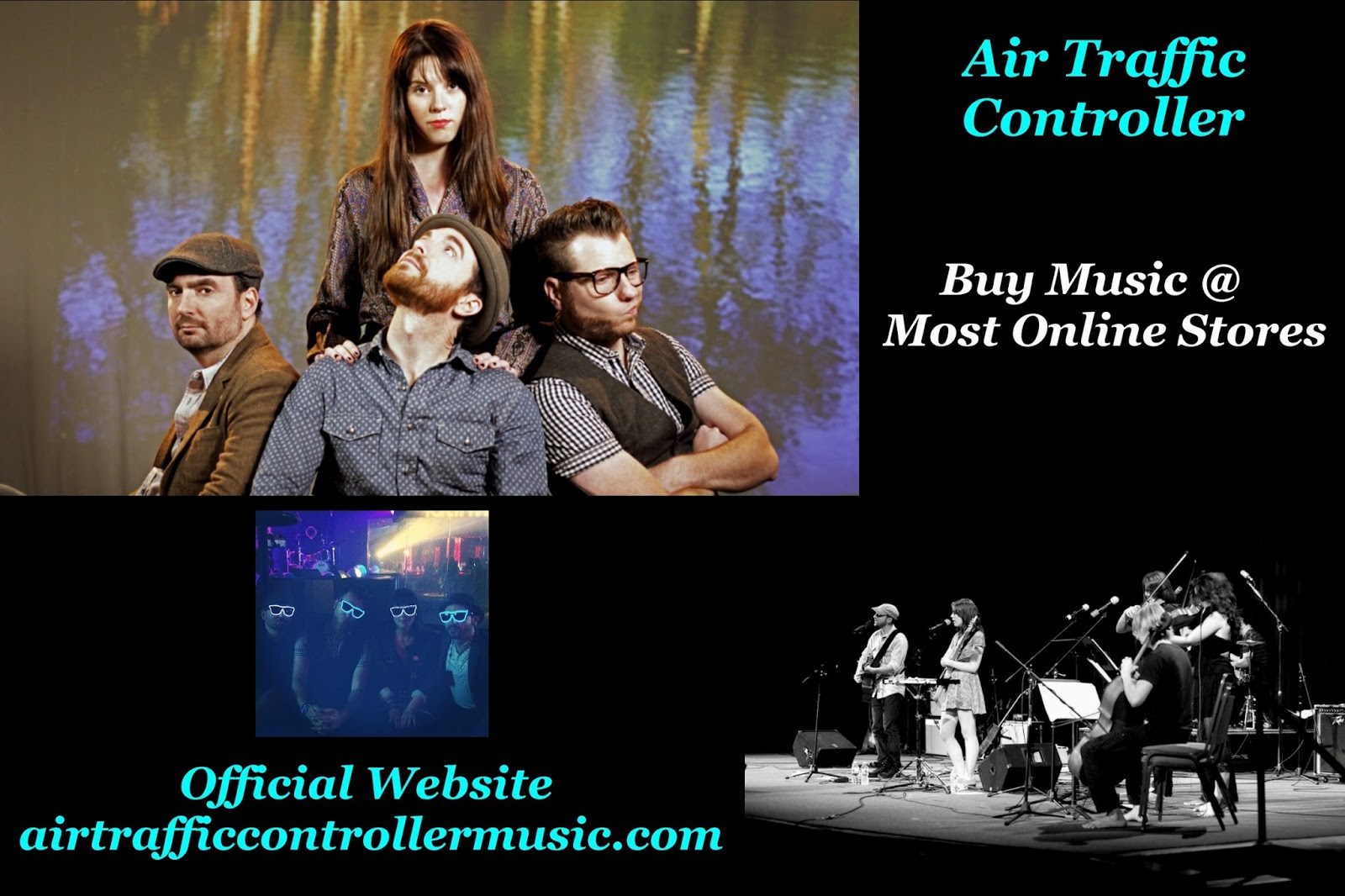 The 2015 Billboard Hot 100 Fest featured a wide range of pop radio acts, but there were a few bands in the lineup injecting an important element that is considered vital to any music festival - rock and roll.  Air Traffic Controller was one of the lucky bands handpicked to do just that.  After letting a few songs out of the box from their upcoming full length release, Billboard was a perfect setting for ATC to give a very large audience a taste of what's just around the corner.  The band may be a new to the pop scene, but they've come a long way to get to the main-stage.

Serving in the US Navy as a real-life air traffic controller, singer/songwriter Dave Munro sent home demos written and recorded during deployment. With his enlistment up, he returned to his hometown, Boston, and discovered a surprising number of fans and collaborators, prompting the genesis of the aptly-named band.

Nominated for an MTV “Best Break-Out Artist” Video Music Award in late 2009 and winner of "Best Indie Rock Act" of the 2010 Boston Music Conference, Air Traffic Controller and their debut album, "The One", found its way onto many of the Northeast media outlet's Best-Of lists.  During the height of its radio campaign ATC's debut became one of the top three most-added albums on college radio stations nationwide.

In 2012, Air Traffic Controller were ready for round two with their founding producer, LA-based artist William James McAuley, better known as Bleu. Having a home-run success on Kickstarter and raising over $12k to support the production of “NORDO” – the team set out to create a place all their own in the indie pop world.  Taking advantage of band member Steve Scott’s experience composing and conducting, they went the distance and recorded a forty piece orchestra on the song “Blame.” The album also features band member Casey Sullivan singing on two duets “You Know Me” and “Any Way.”  ATC (including female singer-songwriter/bassist Casey Sullivan, lead guitarist/multi-instrumentalist Steve Scott, and Dave's brother, drummer Richie Munro) released the effervescent all-American indie pop record "NORDO", and received many accolades and award nominations such as the “Artist on The Verge” award by NMS. The album's most popular song from “You Know Me” graced the #1 spot on The Hype Machine, was placed on the NPR Hot 100 List for SXSW, was named Best Indie Alternative Song in the Independent Music Awards, and has led the band to over 10 Million plays on Spotify.  The bustling single "Hurry Hurry," also garnered a great deal of attention, as they were named Band Of The Day by the Guardian UK and a Top 5 College Radio act by WERS and MTVU.

In 2015 Air Traffic Controller is touring the US and ready to launch the next studio album with returning producer Bleu, incorporating more duets and solo lead songs with fellow songwriter Casey Sullivan, additional strings by Jeremy Van Cleave, and percussion by Seth Kasper and Adam Salameh. The album reaches into new, often dark, territory but is consistent with the everyman spirit of ATC, featuring new songs “The House,” “People Watching,” and “On The Wire” – all of which have been featured on Spotify’s official New Music Tuesday playlist.

Citing iconic influences like McCartney, Simon, Petty, Springsteen, and Fleetwood Mac, Air Traffic Controller keeps it honest, with autobiographical lyrics and thoughtful storytelling.  "Casey Sullivan comes forward as lead vocalist, adding a dreamy overtone to the band's already exuberant sound" (BuzzBands LA).  On stage, the band is normally a 5-piece band, but they have been accompanied, on numerous occasions, by an entire string section to capture and recreate the sonic landscape of their recordings.  ATC has toured the US and London and since have been asked to perform with acts such Joshua Radin, Kongos, The Lone Bellow, Catfish & The Bottlemen, J. Roddy Watson & The Business, and played festivals like The Nines Fest with Dr. Dog and Delta Spirit, Life Is Good Fest with Dave Matthews, and the Billboard Hot 100 Fest with mega-stars like The Weeknd, and Justin Beiber.