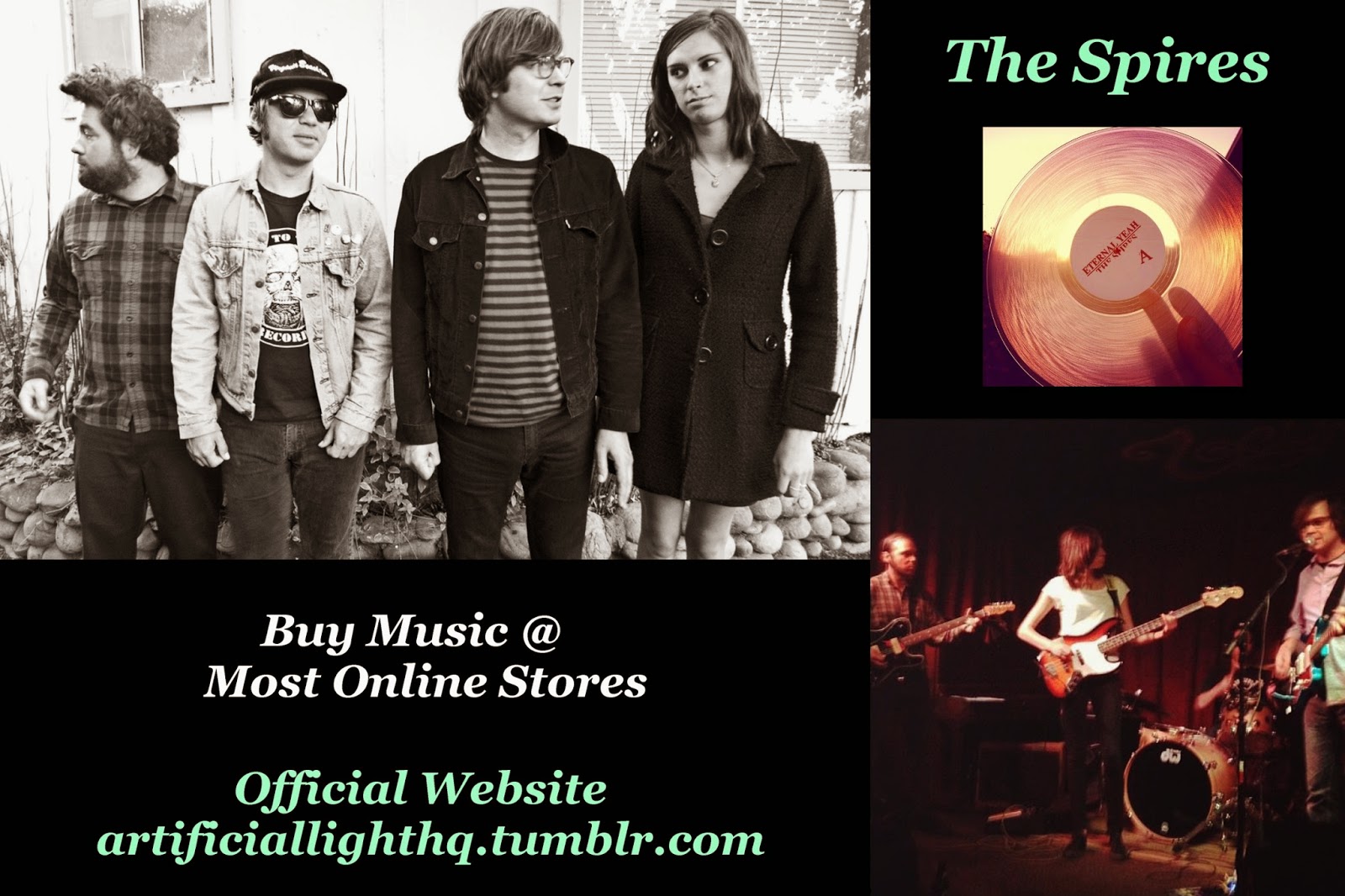 
The Spires began as a collaboration between Jason Bays (also of Tall Tales & the Silver Lining) and Colleen Coffey, who formed the group in 2004. Drawing from acts like the Velvet Underground, Robyn Hitchcock, and the Kinks, Bays and Coffey put together a handful of drowsy, psychedelia-tinged indie pop tunes and released them on an EP, Amplifier, on their homegrown label Beehouse Records that summer. The duo's first full-length album, Written in a Year with a Lot of Rain, was released in early 2006; another disc, the Sky Sky EP, came out before the year came to a close. The Spires put out an album's worth of Velvet Underground covers via Spaceland Recordings, Spaceland and Part Time Punks Present: The Spires (As the Velvet Underground), one year later. 2008 found the Spires with another release and a new bandmember to boot; bassist Catelyn Kindred was brought on board as the group's third member that summer, and the band released another EP, Look. The Spires' second full-length album, A Way of Seeing, was released the following year


The Spires "Live at The Ghost Park" from Artificial Light on Vimeo.


A Brief History Of Forever from Artificial Light on Vimeo.