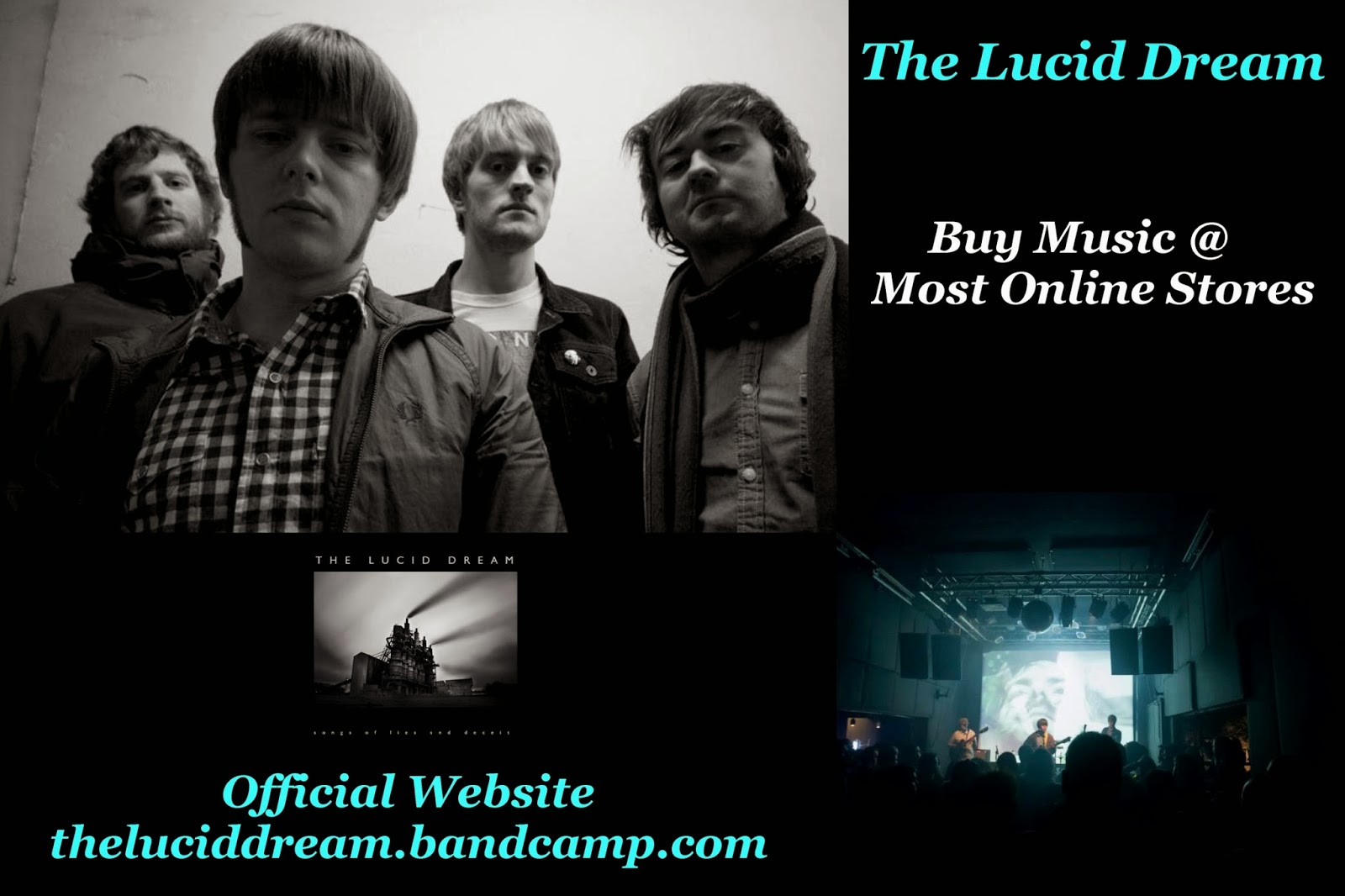 About: The Lucid Dream


The Lucid Dream were formed in Carlisle, Cumbria, in 2008.


Whilst continuing to work on their second album, The Lucid Dream released a brand new 7" single, “Moonstruck” b/w “The Emptiest Place”, on 24th February 2014 via Too Pure, as part of their singles club.


On the back of 'Erbistock Mill' EP, and 3 sold-out 7" single releases ('Love In My Veins' 'Heartbreak Girl' 'Hits Me Like I'm Stoned'), the band gained acclaim from the likes of NME, Q, Frank Skinner (Absolute Radio), Steve Lamacq (BBC Radio 2 'Listeners Tip of the Week'), and major support from BBC 6 Music (Nemone 'Record of the Weekend', Lauren Laverne, Gideon Coe, Tom Robinson).


Following on from this, The Lucid Dream were selected as full UK tour support to A Place To Bury Strangers, and in turn supported Death In Vegas, one of the main modern day influences upon the band. This was on the back of supports to Spectrum, Crocodiles, Captain Beefheart's 'The Magic Band', and The Aliens, to name a few. The Lucid Dream have also established themselves as a live force across Europe, covering 14 countries within the last 12 months.


The long-awaited debut album, 'Songs Of Lies and Deceit', was released on 5th August 2013 (on CD/download via Holy Are You Recordings, and on limited vinyl via The Great Pop Supplement, who have released the likes of Wooden Shjips, MGMT, Martin Rev (Suicide), Spacemen 3, Spectrum). The initial vinyl pressing of 500 copies sold out within 3 days.

Critical acclaim for the album was received from Uncut, Q, Clash, The Quietus, The Skinny, leading French magazine 'Les Inrocks', and Stuart Maconie's 'Freak Zone' on BBC 6 Music, to name a few. The album coincided with shows at the likes of Jodrell Bank Live (to an audience of 5,000), a hugely successful slot at the Liverpool International Festival Of Psychedelia, and a headline tour throughout Europe.