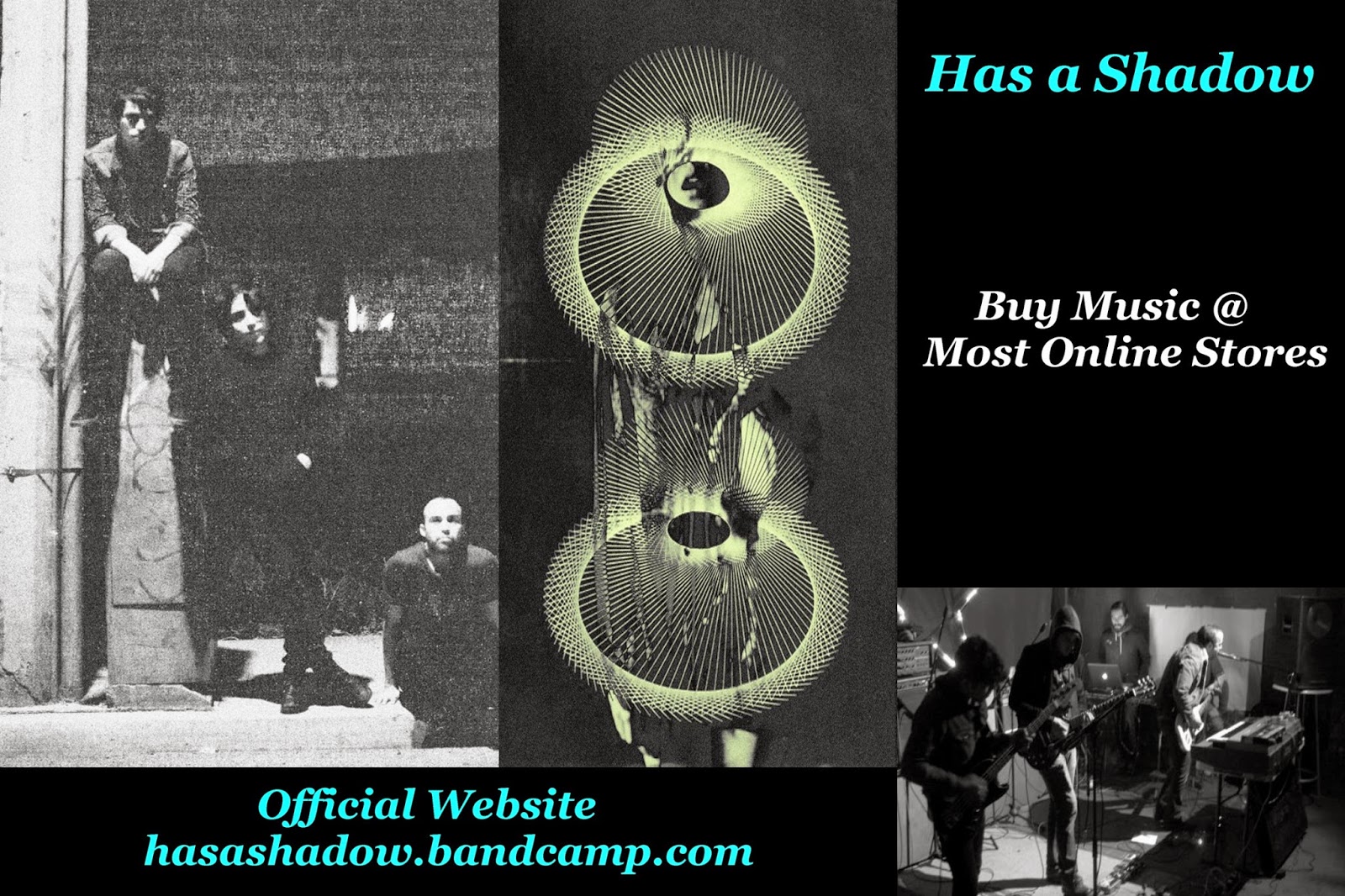 About: Has a Shadow


Hailing from Guadalajara, Mexico, “Has a Shadow” are a progressive psychedelic band that take you on a musical trip away from reality into an alternative state of mind. Their debut album “Sky is Hell Black” was released on November 12th, 2013 on Captcha Records to rave reviews by the alternative music industry and fans alike.


“Sky is Hell Black” hits you with a wall of sound that emanates from the darkest corners of the Mexican interior. Listening to this album is like being shrouded in a veil of fog at the moment a massive storm takes over a barren metropolis. The experience of drone gets charged with anticipation when you realize that the storm is about to hit.

The album was recorded through the winter of 2012 in Mexico City, in a house where Remi used to live as a child. Alberto Gonzalez (Beto or “The Obsolete” from Mexican psych duo Lorelle Meets the Obsolete) was responsible for recording and mixing. The band then completed their first tour of the US west coast and will do so again in 2014.

Victor “Remi” Garay plays the bass, Rodolfo Samperio plays guitar, and Daniel Garciano plays guitar and electric organ in addition to providing the vocals. The Obsolete plays drums for the album and contributed guitar tracks to some of the songs.

They have hooked up with Captcha Records, “one of the finest experimental / psych labels around” according to Weed Temple. Captcha has brought you the debut records of Lorelle Meets the Obsolete, onYou, GA’AN, and Dreamsalon in addition to working with Thee Oh Sees, Ty Segall, Phil Cohran and Eddy Current Suppression Ring.


In May 2014, “Has a Shadow” released a 2 song EP titled “Hollow Curve” which continues their foggy dream like psychedelic music style into the future.