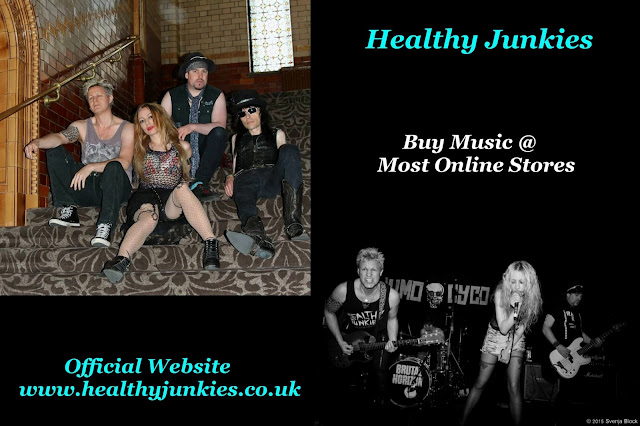 Parisian Lead singer Nina Courson met British guitarist Phil Honey-Jones in 2009 in the now defunct venue Punk in Soho, both of them were in separate bands at the time. It wasn't long before ideas were bouncing around and they began to write songs together, the shared influences of the likes of Iggy Pop, Nirvana, Blondie, Killing Joke,Sonic Youth, Bauhaus and Bowie playing a big part in the direction of the music. Inspiration has come from far and wide and lyrically the lines between autobiographical and fiction are blurred and merged. I suppose if there was a specific aim it would be to capture and bottle the essence of certain music from the past and release it kicking and screaming into the now.

They have played now with many different drummers and bass players along the way, the line-up seems to be in a constant state of flux but the spirit remains the same.. They played their first gig together at an all day punk festival in Brighton in September 2010 where the promoter ran off with the money and Healthy Junkies only got to play about 15 mins before the festival shut down.. Since then the band have played many gigs all over the U.K. including a slot at the mighty Rebellion punk festival in August 2012 and 2013 and will be back there on Friday 8th August 2014. The band continue to play at their self-hosted monthly night at The Unicorn, Camden London as well as travelling all round the UK whenever possible. A 2 week tour of Britanny, France is scheduled for November, so its busy busy busy on the road.

On stage lead singer Nina Courson interacts with the other band members and entices her audience in the theatre that has become the trademark of their live shows. Its all in the songs really, make what you will of any messages you may find either hidden or glaringly obvious, Healthy Junkies are here to entertain, they play what they feel like playing and don't feel the need to compromise or fit in, The world right now is not necessarily a better place but this is where we find ourselves and so stay Healthy if you can and if you're going to get addicted to something, make it music that means something, not prossac/mind numbing pharmaceutical corporate rip off pills intended to kill individuality off and turn us into lobotomized robot slaves.

They self released their debut album entitled Sick Note in 2011. The follow up 'The Lost Refuge' is now available on STP Records and an E.P. entitled 'Hair of the dog' is now available only at gigs or from the band themselves online.The third album is currently being mixed and due for release later this year on STP Records.The current line-up for the band now includes Dave Renegade on bass guitar and Tony Alda on drums playing alongside Nina and Phil.