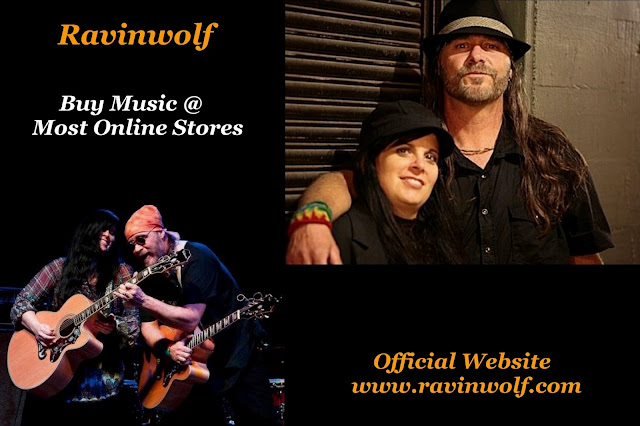 
Ravin'wolf is known for their energetic live performance of pre war blues selections and original acoustic rock-blues work on 2 acoustic guitars. In the tradition of the old male/female blues duos of the early 1900's and with the improvisational musicality of the 60's & 70's jam band era they bring to the stage a fusion of the old and the new into a phenomenal live experience for the listening audience. They are accustomed to performing in either a concert/dance hall/old barrelhouse setting, or, simply as background music.


Home-based out of Seattle, Ravin'wolf was recently honored with a Taster's Choice Award for "Best Band" at the 2012 Leavenworth Alefest and a with nomination by the Washington Blues Society as the Best of the Blues: Best Blues Duo. They have been appearing on music festival stages and small concert venues throughout the Northwest from Oregon to Montana, performing their own blues & folk rock influenced originals and showcasing pre-war blues performers such as Robert Johnson, Willie Dixon, Bessie Smith, Skip James, Charlie Patton and more. Their new live CD "Long Live Live Music", is receiving radio play and great reviews from blues critics. Their instrumentation features dual guitar work & improvisation, swampy-slide, stand up bass, full percussion & male-female vocal harmonies.


"If you've never seen this phenomenal duo, you owe it to yourself to make a special effort to get out and attend Ravin'wolf's next appearance! Jamey and Heather are the real deal. True Blues aficionados."
- George Boswell, Wa Blues Society Blog, January 2012.


The show they gave they other night was positively brimming with high energy and enthusiasm and unceasing respect for their audience ...they played with a sort of unbridled heart and soul and power... and as the night wore on, they seemed to only get better and more determined than ever to give their loyal audience the (musical) ride of their life -- and that they did!!!”
- John Pluntze, Sun Valley Online (March 2011)


“...this one-of-a-kind acoustic blues pair slips in and out of the genre with ease to explore its edges and defy its boundaries, taking audiences on an enthusiastic journey on only two guitar - Vashon Island Beachcomber (January 27, 2010)