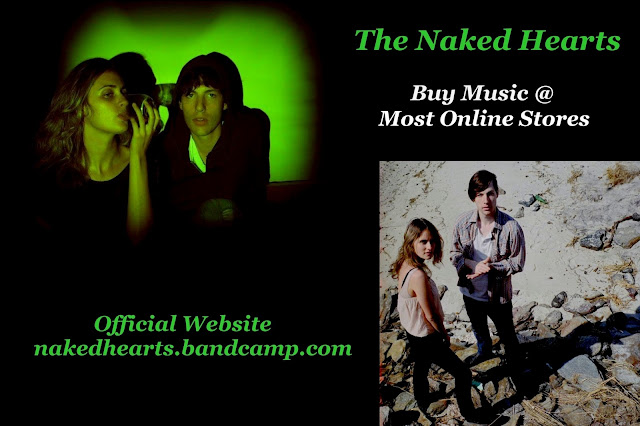 About: The Naked Hearts

"Proving once again that downtown New York City is still the world's greatest incubator for awesome rock music, along come dynamic duo known as Naked Hearts. The twosome of Amy Cooper (guitar and vocals) and Noah Wheeler (bass, drums, and vocals) have done things the good old-fashioned way by playing lots and lots and lots of shows in tiny clubs and bars all over the city.

In less than a year after forming, the band had already managed to establish itself as a formidable live act and a songwriting force to be reckoned with. Two-piece bands might be all the rage now, but Naked Hearts put a fresh spin on things, crafting songs that are equal parts tough and sweet." - Soundgirl

"Live and in person, Naked Hearts are explosive, charming, and something exciting. The impeccably turned-out pair ooze a fuzzy rock sincerity; every song is a stripped-down challenge to cut loose" - PopMatters

"Then there are the enthusiastic newbies Naked Hearts, who explore the various ways in which a boy/girl duo can make you dance, fall in love, and cry all at the same time." - Interview Magazine

"...to ignore this band would be to ignore what is going on in New York these days. This band has catapulted themselves into a New York spotlight thanks to their streamlined sound and constant playing throughout the city." - Pop Tarts Suck Toasted