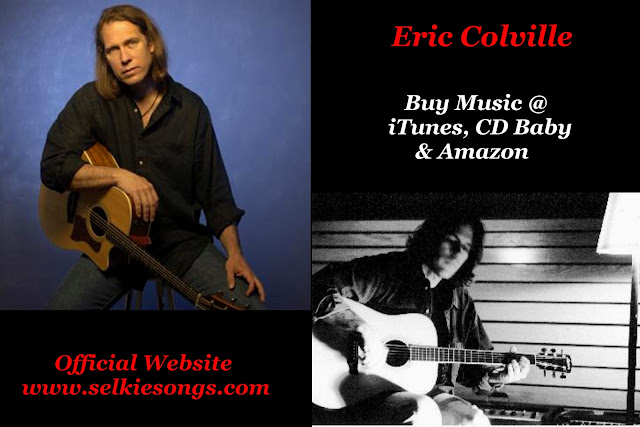 About: Eric Colville
What you notice first about Eric Colville is his voice, which is reminiscent of Pat DiNizio of The Smithereens, or Evan Dando of The Lemonheads. Neither comparison, however, captures the versatility and power of Colville’s vocals. Whether he’s being defiant, introspective, or campy – depending on the song – his voice grabs you and keeps you listening.

Despite having vocals this good, the real genius of Colville’s work lies in his lyrics. Every composition contains rhymes that sound perfectly natural – and then persist in your head for days. What are the songs about? They’re always about something. Clearly, Colville is in his element when mining the pleasures and frustrations of relationships. Back to Bed is a sultry invitation for a Sunday morning. Picture Us Together and DMMLY both rock, but while one revels in the thrill of feeling sure about someone, the second conveys the ambivalence of post-breakup sexual encounters. Then there’s the frenetic alt-country 12-Step Program, a wildly singable and danceable tune. Colville’s nuanced songcraft is even more evident when he’s treating non-relationship themes. Two iridescently beautiful numbers are Wind on a Wire and 35 & Thinking. One describes a momentary glimpse of a young woman ice-skating on a pond; the other contemplates the ugly possibility that it may be time to give up on a long-cherished dream. In contrast, Man I Am, an over-the-top rant against conventions about what we’re “supposed to” do, is impossible not to move your body to. On whatever topic he chooses, Colville manages to deliver a fresh take along with a winning melody.

OK, so what can you expect from an Eric Colville song? Count on his great voice and smart lyrics, a good groove, and some first-rate musicianship and production. The rest is less predictable. Colville’s songs range from playful pop to torchy blues to dark ballads to in-your-face rock. What mood will the next track put you in? Which situation will he take aim at now? How exactly should you categorize his music? Have fun with the questions. And rest assured that the constants in Eric Colville’s music are so strong that once you’ve heard a few of his songs, you’ll know exactly what “his sound” is.

Among his favorite influences, Colville lists Simon & Garfunkel, Mark Knopfler, Wilson Pickett, Brian Setzer, Ry Cooder, Bob Dylan, and the “Kings” (BB, Albert, and Freddie). The most important figures in his pantheon, however, will always be John, Paul, Ringo, and George. Perhaps as a result of growing up in the Florida Keys without TV and in range of Havana radio stations, Colville’s perspective on the world is somewhat unusual.

Eric is presently based in Ipswich, located on Boston’s north shore with his band “The Selkies”.
Contact: http://www.selkiesongs.com/hire-us-guest-bookcontact.html


Learn how to get a song on itunes at ReverbNation.com 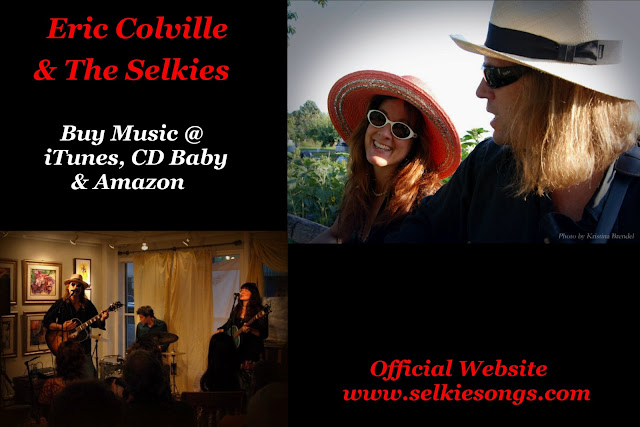