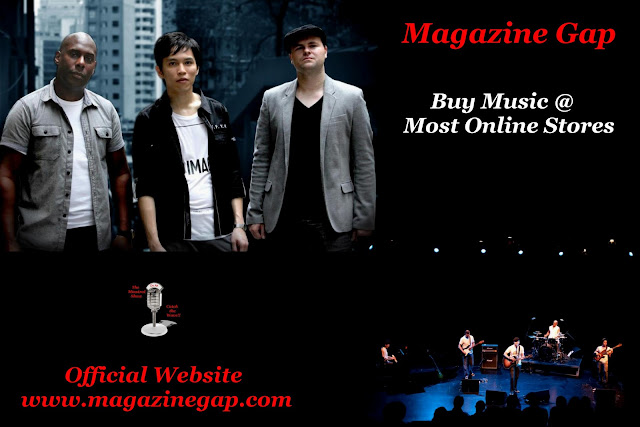 
In the final analysis, people will always love real music of the highest quality - passionately created, beautifully crafted, carefully constructed, artfully produced and powerfully performed. Magazine Gap are one of the most musically intoxicating bands emerging on the scene today.


There is nothing artificial about this eclectic pop/rock band, and yet its make-up is so unlikely. How in London, a city of 12 million people, does a folk-rock singer-songwriter earning his spurs on the acoustic circuit meet and musically connect with a leading R&B/Hip-Hop session drummer and producer with several international tours under his belt, and a classically trained concert pianist and jazz maestro? Certainly a cosmopolitan city is the best breeding ground for musical innovation and London is a world-leader, but mainly it is due to the highly accomplished and creative members of Magazine Gap.


Magazine Gap's strong appeal is a testament to how the band combined their musical strengths and pooled their myriad of influences and experiences to create a fresh, distinct sound that appeals to the broadest demographic. The name of the band comes from a famous stretch of road in Hong Kong, where two of the band members grew up; it runs from the Mid-Levels to the Peak, and serves as metaphor for the band's journey as they embrace both the old school method of taking their music on the road and new school as they reach fans along the online highway. Analytics show their fanbase is equally divided between men and women.


Magazine Gap have physically travelled over 50,000 miles through touring around the world. Dates include 14 major cities in the UK & Ireland, the four largest cities in the United States (New York, Chicago, Houston & Los Angeles), three of the largest cities in Japan (Tokyo, Osaka & Nagoya), two of the most significant metropolises in the South-East Asia (Hong Kong & Singapore), and a 90 minute evening concert on the main outdoor stage at the prestigious Montreux Jazz Festival.


Their music has reached hundreds of thousands more in all corners of the globe through extensive social networking, and found an audience of real music lovers everywhere. BBC Radio has also embraced the band and has featured Magazine Gap on several radio shows with live performances and interviews. Their song "What's Next?" was Record Of The Week on the eclectic music station JazzFM in June 2012. Each new video on their popular YouTube channel, which has had over 800,000 views, instantly becomes one of the most discussed of all UK based musicians.


This creativity and fusion of styles is evident on the band's Silver Lining EP. The six songs featured are a snapshot of Magazine Gap's versatility and quality of musicianship. In keeping with that authenticity, the band worked in some of the top recording studios in the world including Capitol Studios (Hollywood), Firehouse Recording Studios (Pasadena), Avatar Studios (New York), CRC Studios (Chicago), Piety Street Recording (New Orleans), Metropolis and Abbey Road Studios (London). All songs were written by James Keen (except Silver Lining – lyrics by James Keen; music by Keen & Brian McCook). The Silver Lining EP was produced by Brian McCook and mixed by Brian Moore. The EP is available on iTunes and all digital platforms worldwide.


Magazine Gap is a band whose time has come.


"This fabulous group has a magnetic originality and creativeness, and will mesmerize you with their outstanding music." ~ RadioIndy

“Beautiful musicianship, intricate rhythms and the dynamic control displayed confirms a band in full masterful command of their music. This is a skilful, refined band at the top of their A-Game" ~ Overplay

“They have fused an amazing collection of various styles into a sound that is sure to amaze even seasoned musicians and producers. The pop/rock style is truly unique” ~ Sonic Shocks

“Strong musicianship, creativity in songwriting with well crafted and insightful lyrics, plus a wonderful mix of styles and instruments, making something that is distinctly Magazine Gap” ~ Red Hot Velvet

“Magazine Gap have burst onto the music scene with great music, and managed to create a fresh and unfamiliar sound. A first class act. If you get the opportunity to see them live – do it!" ~ Maybe Magazine

"Musical genius: their set makes them stand out from other bands. You have to see it to believe it!" ~ wohomusic

"Clearly a sound from the world stage – I can't wait to see them live again" ~ Songsalive! 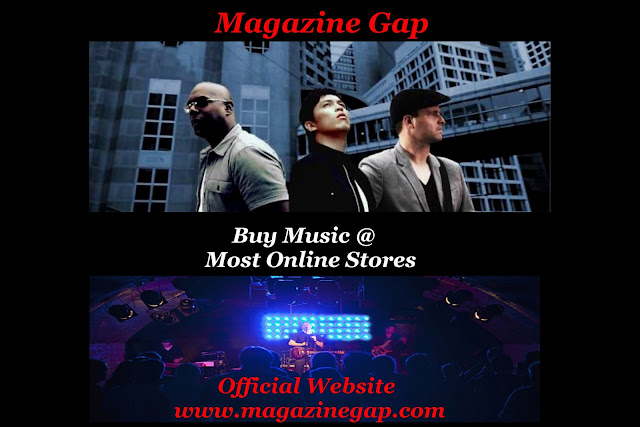